Rafa’s Liverpool were chasing the title and City had just stumbled upon a pot of gold. Matt Sproston recalls a memorable away game at Manchester City… 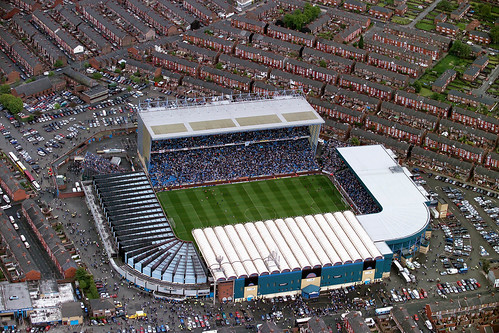 Liverpool away at City is a fixture close to my heart. The FA Cup quarter final 1988 at Maine Road was the first away game I went to with my mates. A 14 year old travelling into enemy territory, not quite Old Trafford but it was Manchester all the same. I was definitely apprehensive. Out of my comfort zone. The change of scenery and the camaraderie gave me a buzz and I still get it now when I travel away.

I would have written about that game here but for two reasons. One, I’ve trawled the internet for footage and can’t find any. The game was televised live on ITV (they were praying for an upset) so somebody somewhere must have it. Two, it was that season. We battered them 4 nil (we battered everyone 4 nil that season). It was routine. There is really not that much to say about the game. Aldo didn’t play but Barnes, Beardsley, Houghton, Johnston, McMahon etc did. You can fill in the rest.

Oh, and off the pitch it turned out that City were not the enemy after all…

We have had a great record against City over the last 30 odd years that I’ve been taking notice. We were always strong and they were always lurching from one disaster to another. However, by the time we met them in October 2008 the roles were reversed. Only weeks earlier City had been taken over by Abu Dhabi royalty. As a statement of intent the new owners splashed out £30 million on Robinho. The future looked bright for City.

By contrast, Liverpool’s future was looking increasingly grim. The fans had seen through the American owners’ bluster and Rafa was fighting to save his job. A new stadium was not on the horizon, Gillett’s spade was still in his shed never mind in the ground. City had a plush new stadium, albeit courtesy of a cut price deal with the Manchester Council.

On the pitch though things were going well for the Reds. Really well. Four wins and two draws had put Liverpool second in the Premier league behind Chelsea on goal difference only. The midfield 3 of Mascherano, Alonso and Gerrard was the strongest in world football. In Torres the reds had a number 9 as good as any we had seen, certainly since Fowler and arguably since Rush.

The game started at a quick pace with Liverpool slightly edging the opening exchanges. However, it was City who took the lead on 19 minutes through Stephen Ireland and the goal settled the home team and allowed them to dominate the rest of the first half. Javier Garrido doubled the lead 4 minutes before half time with a brilliant free kick. The referee’s whistle could not come soon enough for the reds.

The break did the Reds the world of good and they redoubled their efforts. After 55 minutes a quick incisive build up fed Arbeloa just inside the City penalty area on the right. He slid the ball across the 6 yard box and Torres finished clinically. Showing the purpose and passion that is seemingly no longer part of his game, Torres grabbed the ball out of the net and pumped his fist to the travelling supporters.

The Reds were helped when Zabaleta was sent off after 67 minutes for a two footed challenge on Alonso. There could be no cause for complaint. Six minutes later Liverpool were level. Steven Gerrard whipped in a corner from the left with pace. Torres got ahead of Kompany to power the ball in with his head. This was vintage Torres, barely recognisable from the Chelsea model.

Liverpool were to suffer a blow when they too were reduced to 10 men. All 3 substitutes had been used when Skrtel was stretchered off the pitch with 10 minutes to go. A lesser team would have taken the point but the Reds had City on the ropes. Two minutes into injury time, Benayoun popped up on the left and pulled the ball back to the edge of the area for Torres. His shot was goal bound but hit substitute Robbie Keane and Dirk Kuyt reacted first to drive the ball home.

City had no time to respond and, in any event, were broken. £475 million pounds and 3 seasons later they would be champions.

Benitez would say after the game that the experience of Istanbul helped the Reds turn the game around but only 3 of the heroes of 2005 played against City. The reality was that the 2008-09 team were too good for City and ultimately would fall just short of United in the race for the title.