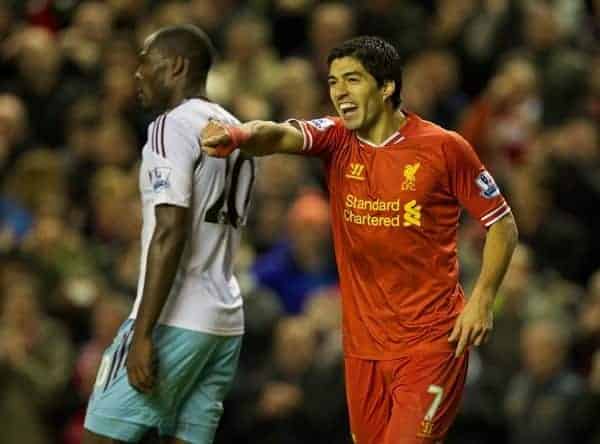 Luis Suarez has been credited with scoring Liverpool’s fourth goal of their 4-1 victory over West Ham at Anfield on Saturday.

The goal was originally put down as an own goal by Hammers defender Joey O’Brien, but the Premier League‘s dubious goals panel has ruled that Suarez should be credited for it.

It brings the Uruguayan’s goal tally for the season up to 15, making him the league’s top scorer by three goals over Sergio Aguero.

With Suarez being awarded the 4th vs West Ham he's now scoring every hour this season!! One goal every 60 mins!! Total: 15