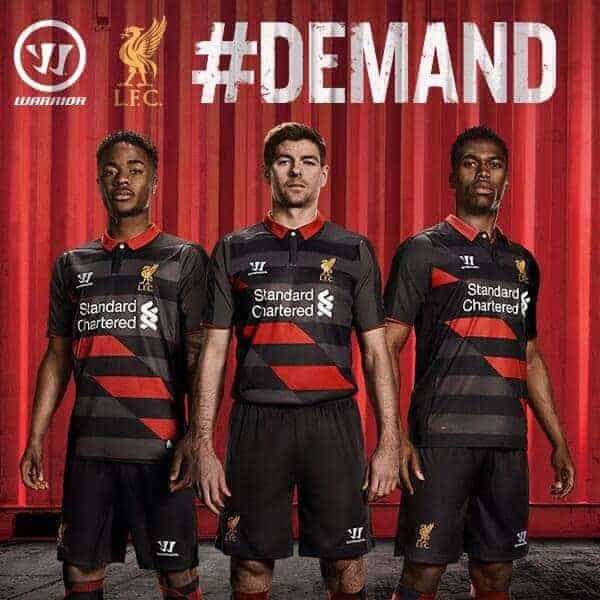 Liverpool have revealed their new third kit for the 2014/15 season. The shirt is predominantly black, featuring grey stripes, and a red collar. The shorts are block, with black and grey hooped socks.

The shirt will be worn for the first time on the pre-season tour against Olympiakos in Chicago later this month.

The kit will be seen in domestic competitions including the Premier League as well as serving as the European away kit as the Reds make their comeback to the UEFA Champions League after a five year absence.

The goalkeeper shirt is predominantly grey.