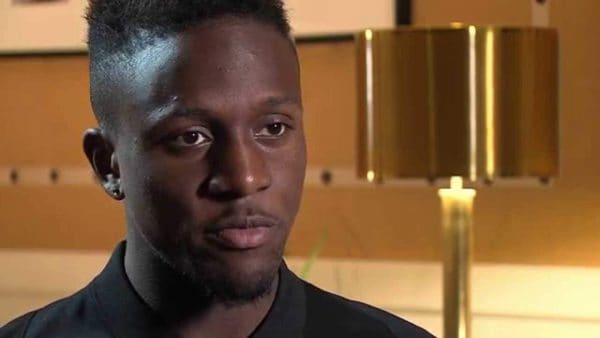 Ben Twelves takes a look at how Liverpool’s loaned players performed for their respective temporary clubs throughout the week.

The 19-year-old Belgium striker missed Lille’s 1-0 defeat away against Nice on Wednesday night through illness, as his side surrendered their unbeaten start to the season.

Origi helped his side bounce back to that disappointing defeat immediately on Saturday afternoon however, netting the winning goal in his teams’ 1-0 win over struggling Bastia in Ligue 1, with a powerful, arrowed left foot strike across goal as he cut in from the right side – his third goal of the season.

Liverpool’s exciting youngster made his first start for Derby in the Capital One Cup 3rd Round on Tuesday night against Reading, in an all-championship affair that ended 2-0 to Ibe’s side.

The 18-year-old started on the left side of a front three and almost broke the deadlock in the first half, but he saw his stunning strike – after a strong run cutting in from the left – tipped onto the bar.

51: @IbeJordon is denied a stunning goal as his 18-yard strike is superbly tipped onto the bar by Andersen (0-0) #DCFCvRFC

After impressing on his first start in midweek, the former Wycombe Wanderers man kept his place in the team for Saturday’s trip to Bolton.

Ibe started the match in the same position as he did in midweek – on the left side of a front three – and produced another lively performance in the 76 minutes he played as his side ran out 2-0 winners,  moving into the play-off positions in the Championship.

Young Jordon Ibe on loan at Derby from Liverpool was excellent and always involved using his pace to be a constant threat.

Liverpool’s loaned defender was an unused substitute for West Brom in their Capital One Cup 3rd Round success against Hull City on Wednesday night as boss Alan Irvine rested some key players in his squad.

However, Wisdom was recalled to the starting line up on Sunday and kept a clean sheet as his side romped to a 4-0 victory over Burnley at the Hawthorns. The 21-year-old started the match at right back again and produced a solid performance before switching to left back with the introduction of Christian Gamboa.

HEAT MAP: Sébastien Pocognoli and Andre Wisdom have caused Burnley all sorts of problems down the flanks. pic.twitter.com/sim8kQnFkR

After recording back to back wins, Wisdom’s West Brom take on Liverpool at Anfield next weekend; a fixture in which he’s ineligible for.

After coming on as a second half substitute against Barcelona on Wednesday night, Alberto produced a lively cameo performance from the bench, as his Malaga side held the Spanish giants to a 0-0 draw.

The Liverpool man almost broke the deadlock with a clever effort from a free kick that was pushed onto the post by Claudio Bravo, and was a constant menace during his time on the pitch.

Malaga failed to build on the useful point gained in midweek, slumping to a 1-0 defeat away at Getafe on Sunday afternoon. The Spanish midfielder was recalled to the starting XI for the game, playing in a ‘3’ behind striker Roque Santa Cruz, and created four chances for his side before being substituted after 72 minutes as they chased the game.

Luis Alberto is currently the joint-9th most creative player in La Liga (on a per game basis) #lfcloanwatch pic.twitter.com/o7xSqnlLG9

Liverpool’s Uruguayan centre back was handed his first start for Sunderland by manager Gus Poyet in the Black Cats’ 2-1 Carling Cup defeat to Stoke on Tuesday night, on his return from injury. Coates played the first half of the game in the heart of the defence before being taken off at half time with the score level at 1-1.

After receiving his first 45 minutes in midweek, Coates was once again left out of the Sunderland Premier League squad completely for their 0-0 draw with Swansea on Saturday reportedly due to injury.

Portuguese centre back Ilori started and scored for loan club Bordeaux in their 1-1 draw away at St Ettiene on Thursday night.

The Liverpool loanee produced an excellent performance for his side in the match and became the first Portuguese player to score for the club in over a decade.

Ilori’s strong performance meant he kept his place in the heart of defence for the visit of Rennes, a game which his side won 2-1 to move second in Ligue 1, capping off a good week for the 21-year-old.

Moroccan winger Assaidi made his first start since returning to Stoke on loan for a second spell on Tuesday night in their cup success over Sunderland. The 26-year-old started on the left side of the ‘3’ behind the striker, and he created his side’s first goal with a pacey run before laying the ball off to teammate Mark Muniesa to score.

The 26-year-old came on as a second half substitute with 10 minutes remaining for his loan club on Monday night, as Stoke beat struggling Newcastle 1-0.

Brad Smith played 68 minutes of Swindon’s Johnstone’s Paint Trophy clash vs. Newport County on Tuesday, with the Liverpool man on the winning side again in a 2-1 away victory, and on Thursday, the 20-year-old was again called up to the Australia squad for their games next month against Qatar and United Arab Emirates.

Having already recorded 10 appearances for his loan club, the Australian missed Swindon’s impressive 3-0 away win at Barnsley on Saturday afternoon through a groin injury, which Smith will be hoping isn’t too serious with the international break looming.

Teixeira was rested and left out of the squad completely for Brighton’s 3-0 Capital One Cup win over League Two Burton Albion on Wednesday night as Sami Hyypia rotated his squad.

After the Liverpool loanee sat out of the midweek cup success altogether, Teixeira was recalled to the bench for Brighton’s trip to table toppers Nottingham Forest, where he was an unused substitute in their credible 0-0 draw.

Liverpool’s 27-year-old striker came on with eight minutes remaining for Sevilla in their 1-0 home win over Real Sociedad on Wednesday night, and despite being on the pitch for a limited amount of time, the Spaniard managed to create one chance for his side in a lively cameo.

But Aspas was unable to build on that appearance on Saturday however as he was an unused substitute in his teams’ heavy 4-0 loss at champions Atletico Madrid.

Spanish centre back Paez, started for Bologna in their 1-0 away win against Ternana in Serie B on Tuesday night, keeping a clean sheet and playing all 90 minutes for his loan side.

The 20-year-old frustratingly missed his side’s second consecutive 1-0 win on Saturday however, sitting out the match through a stomach injury as the player himself confirmed via his Twitter account.