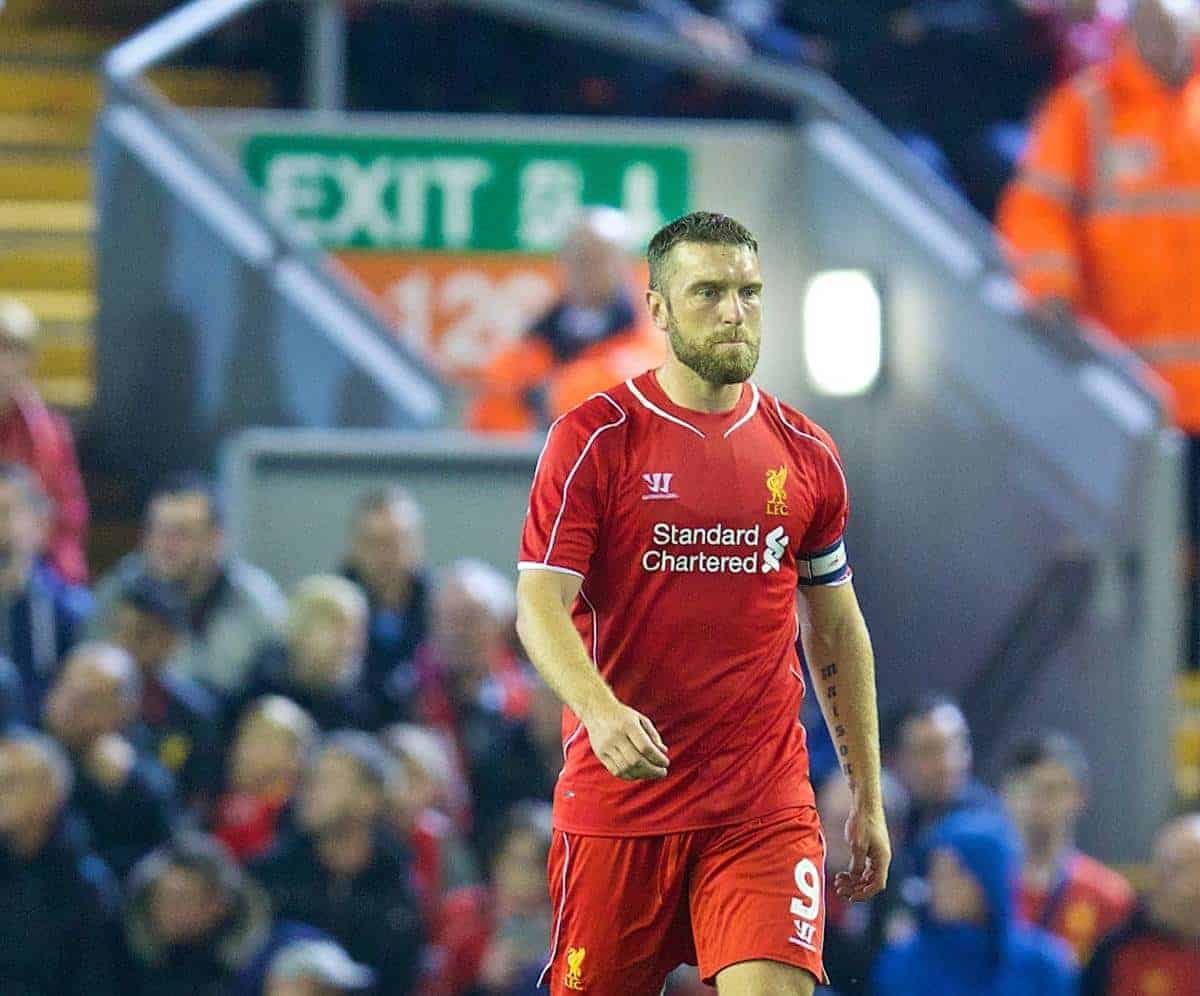 After a dream summer move to Liverpool, Rickie Lambert has so far struggled to find form—a problem only hard work will counter, writes Jack Lusby.

Rickie Lambert’s move to Liverpool this summer caught many by surprise, with a £4 million deal evading the attentions of the national press until the last minute.

Once it was announced however, this dream move was billed as a fairytale conclusion to the career of a true workhorse. Unfortunately, Lambert’s form in a Liverpool shirt so far hasn’t matched this fanfare.

Making his first start for Liverpool in the eventual penalty shootout victory over Middlesbrough in Tuesday night’s Capital One Cup Third Round encounter at Anfield, Lambert struggled to lead the line.

Already criticised for his performances so far, this should not signal Lambert’s marginalisation under Rodgers.

Instead, Lambert should use this criticism, paired with great desire and continued hard work, to launch a successful career at Anfield—starting with the Merseyside Derby.

Rickie Lambert will captain #LFC this evening on his first start for the club pic.twitter.com/7ioW1GfnCm

Against Middlesbrough on Tuesday night, Lambert was named captain of a mixed Reds starting XI.

Captain in your first start for a new club. That's a rarity. #Lambert

This heaped enormous pressure on the striker, tasked with leading the line and leading the side.

Unfortunately, this pressure did not translate into a fighting performance from Lambert, with the striker seemingly laboured to find the net and keep up with pace set by the likes of Jordan Rossiter and Raheem Sterling; in this youthful side, the ageing spearhead looked to struggle.

Replaced on 74 minutes by Mario Balotelli, this drew a line under a disappointing outing for the 32-year-old.

On the back of this performance, some sectors have already questioned Lambert’s position within the Liverpool squad.

After just one start for the club.

To assert that Rodgers is already losing his confidence in the striker is as risible as those suggesting that the Ulsterman’s days are numbered on Merseyside—on varying degrees of knee-jerk, but both are equally as ridiculous.

Firstly, prior to the Middlesbrough encounter, Rodgers piled praise on his summer signing, saying “he’s a wonderful player, a great technician and he makes it really, really difficult for defenders.”

This has been evident on Lambert’s few cameo appearances for the Reds so far, such as in forcing Pablo Zabaleta’s own goal in the loss away to Manchester City and providing the requisite thrust to propel Liverpool to victory in the opening weekend encounter against Southampton.

This criticism is determined by just one start for the club, and is completely unjustified, and as Rodgers continued “it’s not just Mario [who is adapting at the club], it’s the whole group.”

However, on the other hand, Lambert will need to continue to work to improve his form.

Clearly this is a reality that Lambert recognises himself, as can be seen in the striker’s comments about his performance against Middlesbrough.

The 32-year-old bemoaned a lack of sharpness and fitness contributing to his ineffective display, and this is natural given the amount of game time Lambert has so far been afforded.

“I didn’t feel as sharp as I want to feel. It was things like my touches but that [sharpness] was the main thing I want to look at going back into training.

“I want to get my match fitness up because obviously everyone knows I’m not playing every game so I have to adapt myself now. I think I’m going to have to do more so my fitness is up to the same level as everybody else.”

At Southampton, Lambert thrived as the attacking spearhead, but this was given the benefit of sustained game time—in 2013/14, the striker made 37 Premier League appearances for the Saints.

From these 37 appearances, only six came from the substitutes’ bench, whereas at Liverpool, the No. 9 has already been introduced four times from the sidelines.

With Liverpool currently in such woeful form, Lambert’s substitute appearances often require the striker to be the catalyst to a tactical upturn, and this belies his success at Southampton as the main man, able to build on his game from the kick-off.

The notion of pressure continues, with Lambert proffering that “I do work, I push myself to the limit, but maybe I am going to have to go to the fitness coach after this game and see if I can do more.”

Whilst this pressure can be construed as a negative, it also works as a crystallisation of the striker’s desire to succeed in a Liverpool shirt.

‘Desire’ is a remarkably frequent buzzword at Liverpool, found on page one of the Rodgers Press Conference Copybook alongside ‘outstanding,’ and it works to underline the manager’s blueprint for the Reds.

Lambert’s words encapsulate the sheer commitment the striker has to his new club. But for this to be translated into the goalscoring form on show at Southampton, this commitment needs to be matched by his manager.

Given the impending return of Daniel Sturridge and the high-profile of fellow summer signing Balotelli, a regular role in a Reds shirt may be difficult for Lambert to attain, although again, with hard work, this is not out of the question.

The upcoming Merseyside Derby could prove the perfect platform for boyhood Reds fan Lambert to recapture his form, what better way to show this desire than to score a late winner from the bench at Anfield?

Can Rickie Lambert find his previous good form at Liverpool this season? Let us know in the comments below.