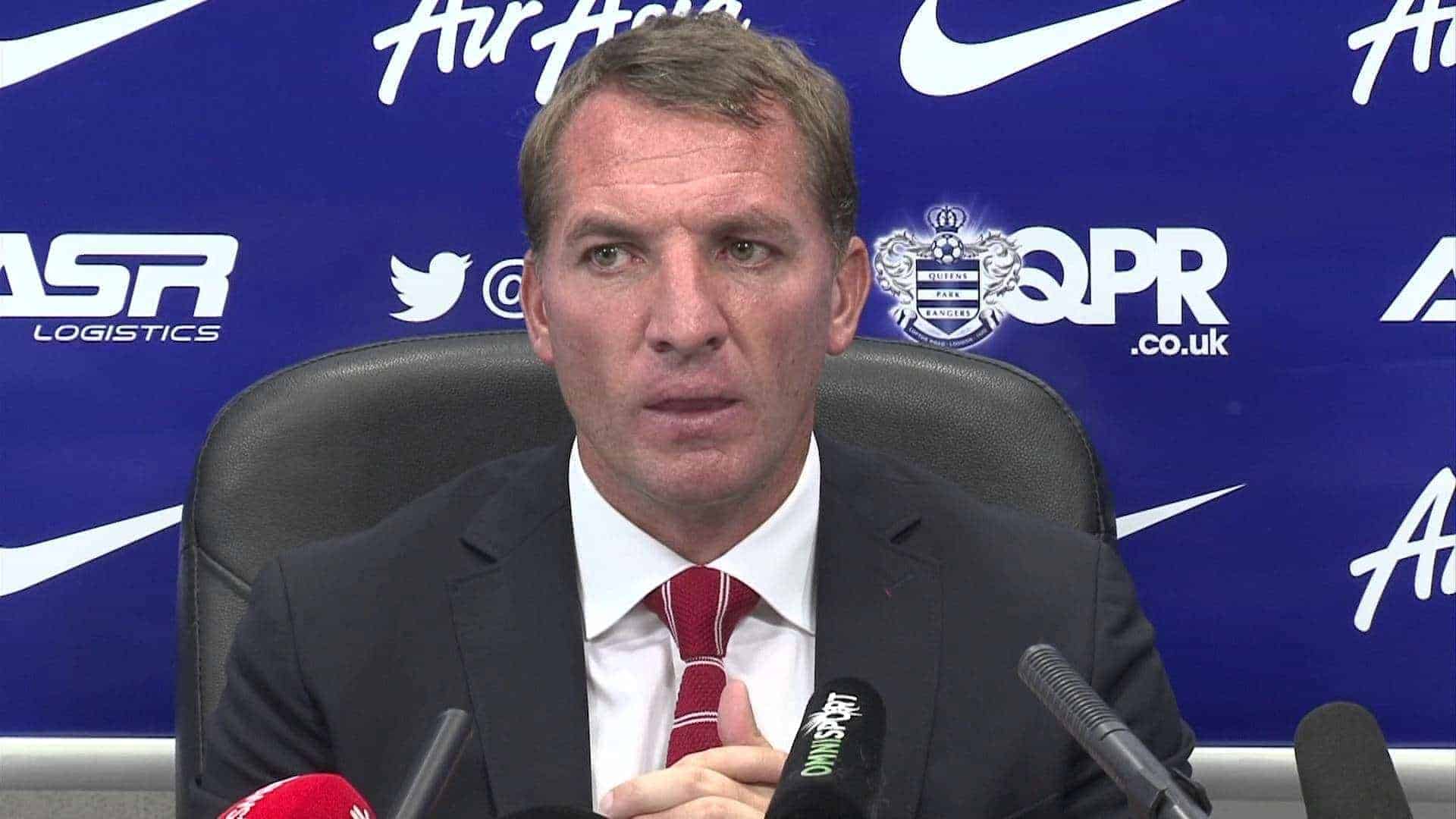 Liverpool boss Brendan Rodgers admitted that his team were far from their best in their dramatic 3-2 win over QPR on Sunday afternoon, but praised his players’ character to twice score in stoppage time.

Rodgers reserved praise for teenager Raheem Sterling, who was instrumental in both late goals and was the Reds’ best performer against his old club. The Liverpool boss noted Sterling’s speed of thought for the opening goal too, saying how the best players come alive at moments like that – Sterling played a quick ball to release Glen Johnson, whose cross was put into his own net by Richard Dunne.

Rodgers was his charismatic self when asked if he’d spoken to England manager Roy Hodgson – who left Loftus Road 10 minutes before full-time – Rodgers joking “I’ve been quite busy”. Asked if Sterling had spoken to Hodgson, Rodgers said not unless he’d gone to speak to him in the shower!

The Reds are up to fifth, joint with West Ham in fourth place.