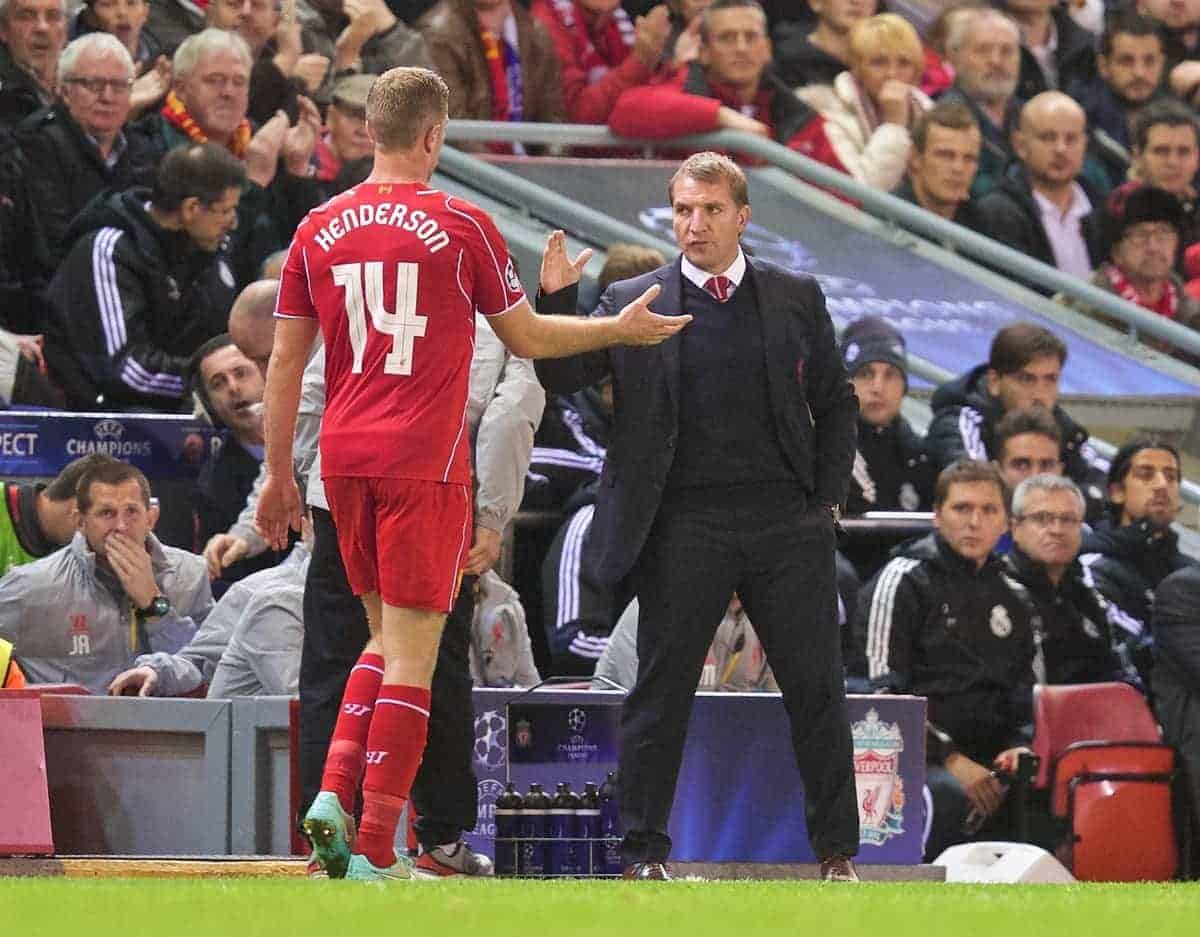 Liverpool manager Brendan Rodgers has called on his players to be more tenacious and aggressive in the wake of criticism his side is too soft.

After the 3-1 defeat at Crystal Palace on Sunday, a match in which they took an early lead, former Reds vice-captain Jamie Carragher said they were bullied and mentally weak.

Liverpool have travelled to Sofia to play Ludogorets looking to end a four-match losing run and ensure their interest in the Champions League is extended to their final match at home to Basle next month.

Ahead of that trip Rodgers issued a rallying call to players he admits are low on confidence.

"We need to be more tenacious, more aggressive and have a greater capacity to defend better as a team," he told liverpoolfc.com.

"When there are moments to defend, you have to defend better – and that's something that we'll look to do."

On Sunday Carragher laid into his former side for not showing enough heart for a battle.

"They are getting bullied out of games. Last year when they came here (to Selhurst Park) we said they were mentally and physically weak. Same again – nothing's changed," he told Sky Sports.

"You look at the time and there are no men in the team. Sometimes you've got to grind results out.

"There's no leadership on the pitch. Liverpool aren't getting beat by quality – they're getting bullied."

Liverpool trained at their Melwood base on Tuesday morning before flying out to Bulgaria with midfielder Jordan Henderson back after illness ruled him out at the weekend but striker Mario Balotelli, who missed the game through injury, was not present at the morning work-out.