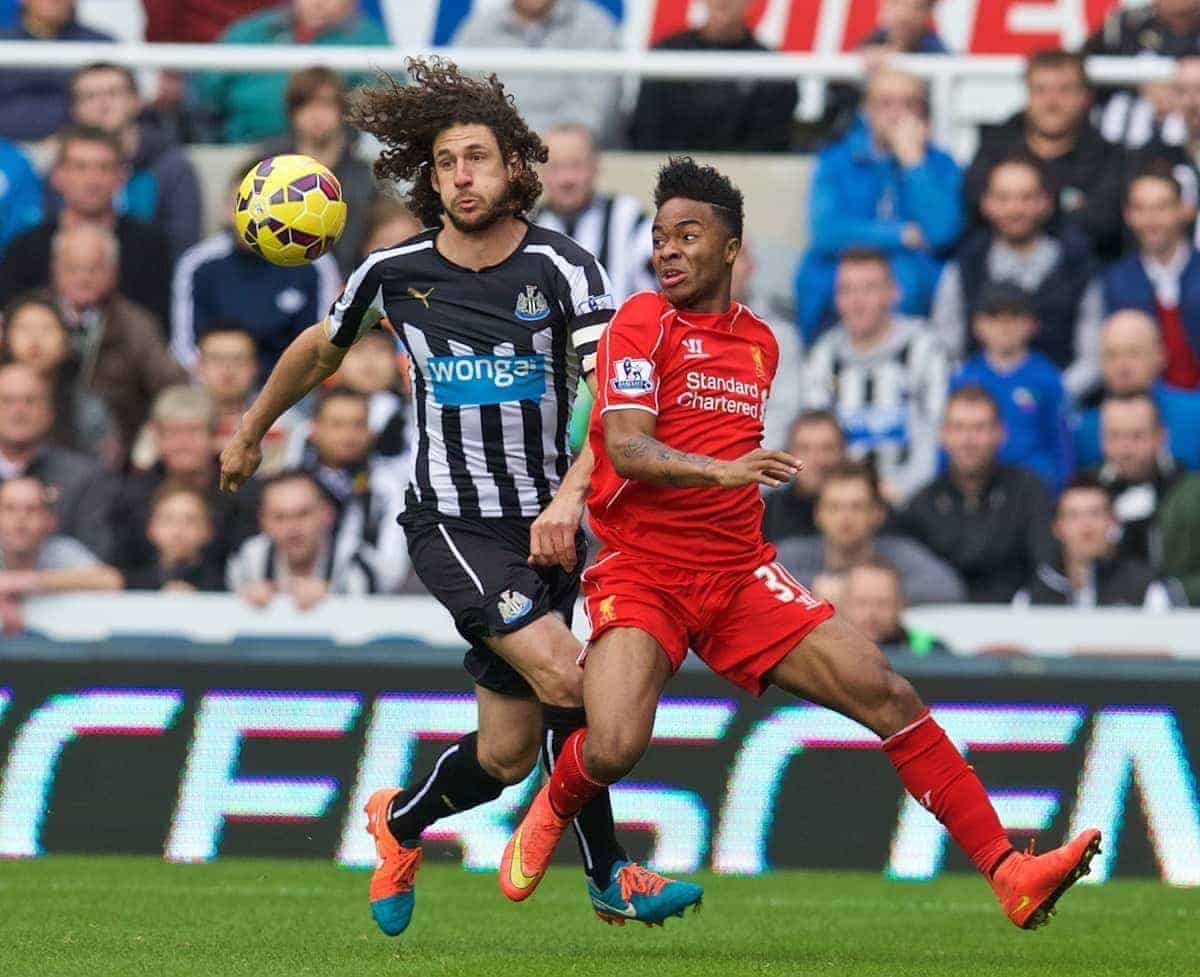 A below-par Liverpool were beaten 1-0 by Newcastle at St James’ Park, as Ayoze Perez’s second-half strike proved to be the difference between the two sides.

Brendan Rodgers made seven changes to the side that beat Swansea in the Capital One Cup on Tuesday, as Liverpool returned to Premier League action at St James’ Park.

Papiss Cisse saw his shot blocked after three minutes, while the pace of Sterling threatened at the other end. Moussa Sissoko could have had a penalty after a challenge by Allen, but it would have been an extremely soft decision.

The tempo of Liverpool’s play was lacking early on. There was no of movement off the ball and they continually lost possession too easily. Rodgers’ men did start to improve a little, enjoying more of the ball, but it was still a very low-key opening 30 minutes in truth.

Newcastle almost took the lead after 36 minutes. Mignolet got nowhere near a corner, and Johnson cleared Cisse’s effort off the line. It was becoming an increasingly lacklustre display by the Reds. The likes of Sterling and Coutinho could simply not get into the game, and Balotelli was horribly isolated.

Skrtel should have scored at the other end shortly after, sending a header wide of Tim Krul’s post when completely unmarked from a corner. It was 0-0 at the break, but Liverpool had been awful. An enormous improvement was needed.

There were no changes at the interval, as both sides looked to earn a precious three points. Johnson’s dawdling on the ball almost proved fatal straight away, but Cisse couldn’t quite capitalise.

Balotelli had Liverpool’s first shot on goal after 54 minutes, and Coutinho’s header forced Krul into a superb save two minutes later. The Brazilian was wrongly adjudged to be in an offside position though.

There was a definite improvement about the Reds’ performance- Gerrard took the game by the scruff of the neck- and with 30 minutes remaining it was all to play for.

Fabio Borini replaced the ineffective Joe Allen midway through the second-half, and the Italian fired a shot wide almost immediately, following a good knock-down by Sterling.

After 73 minutes Liverpool were behind though. Indecisive defending from Moreno, just like against Manchester City earlier in the season, allowed Ayoze Perez to sneak in and give the hosts the lead.

Remy Cabella should have made it 2-0 soon after, following more poor play from Moreno, but Mignolet made an excellent stop to deny him.

Liverpool produced no chances in the closing minutes, rounding off a terrible afternoon for Rodgers and his side. Tuesday’s Champions League clash with Real Madrid does not look particularly appealing right now.

Man of the Match: Steven Gerrard

Rodgers went with a 4-2-3-1 formation, with Henderson on the left, Sterling on the right and Coutinho supporting Balotelli centrally. Moreno was pushed very high up, with Johnson deeper.

Henderson didn’t look happy in his role, however, and Balotelli was once again isolated too often. It was a wretched display, and once again showed the limitations of the system.