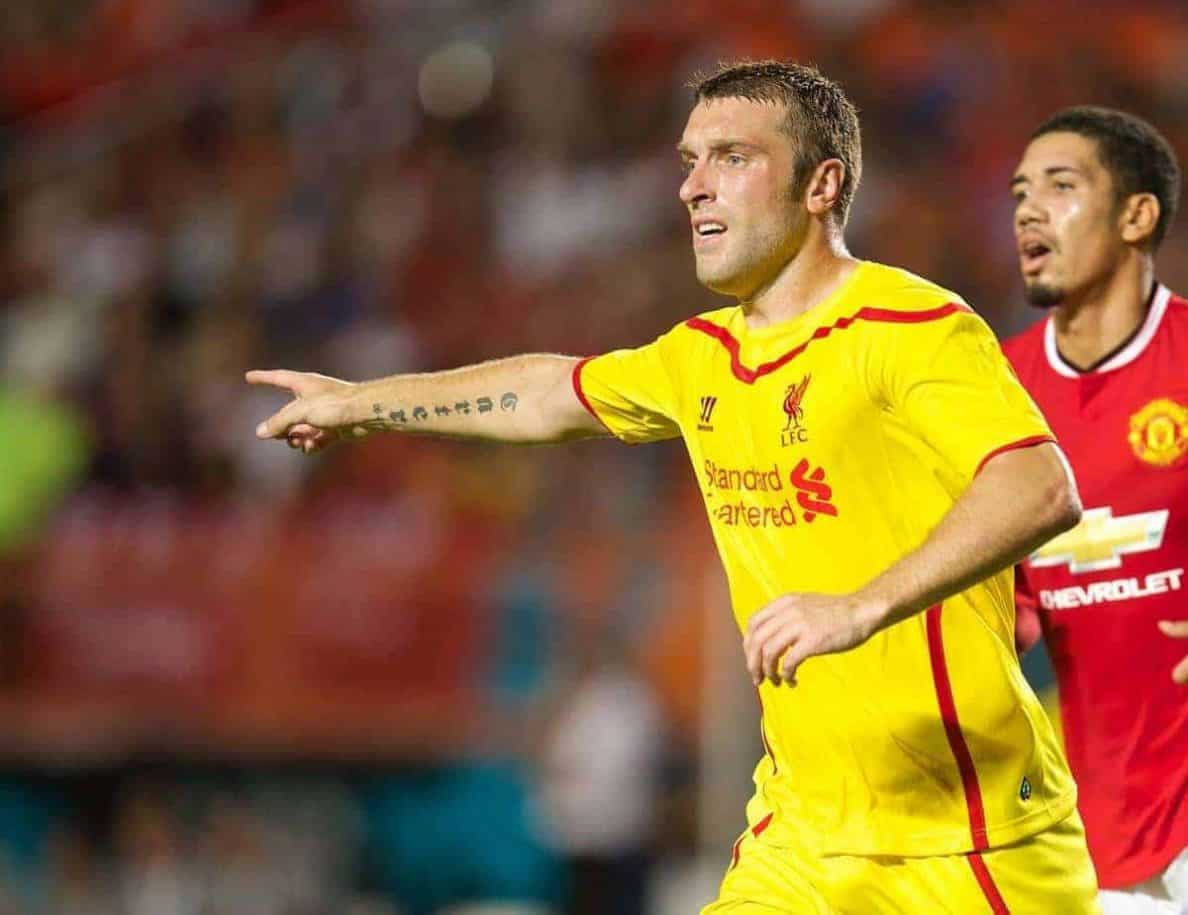 Brendan Rodgers has dropped a big hint that Rickie Lambert would start for Liverpool against Crystal Palace on Sunday, and rightly so, writes Jack Lusby.

Losses to Newcastle United and Chelsea in the Premier League bookended another loss, in the Champions League, away to Real Madrid.

Furthermore, the bastion of all Merseyside hopes, Daniel Sturridge, suffered another injury blow this week, which could leave him on the sidelines for another six weeks.

The return of the England striker was billed as the saviour of the Reds’ season.

Rodgers told reporters in his pre-Palace press conference that Sturridge is “as down as I have seen anyone in terms of not being able to help the team.”

To make matters worse, summer signing Mario Balotelli suffered an injury of his own when with Italy on international duty, and Rodgers claimed he “will be assessed before the match,” perhaps opening the opportunity for another Liverpool striker to start against Palace.

Rodgers says Rickie Lambert will "feature heavily" in games coming up. Balotelli fitness to be assessed before Palace game.

With Liverpool so struggling in front of goal without Sturridge this season, perhaps Rodgers would be wise to freshen up his attacking options with a peripheral figure.

Lambert can be that man.

It is fair to say that this season Liverpool have so far struggled to get started.

Earlier this month, Si Steers wrote for This is Anfield that “if we can get back to the basics of what we did so well last season, the top four isn’t beyond us.”

Naturally, this was with Sturridge’s timely return in mind.

But now that notion has been blown out the water, the situation that must be addressed is that the basics of last season—arguably that attack is the best form of defence—are unattainable at present.

Last season Rodgers’ side, aided by a thriving Sturridge and his strike partner, Luis Suarez, would swarm over their opposition from kick-off. Goals would come thick and fast.

Some faces from that frontier remain the same, with Raheem Sterling and Philippe Coutinho still shining at times, but much has changed with the loss of the Uruguayan.

With Palace, and then PFC Ludogorets Razgrad and Stoke City in mind as Liverpool’s immediate set of challenges, perhaps the Reds should turn to another basic level.

This is far from suggesting that Rodgers should opt for a rudimentary target man system akin to Sam Allardyce from the moment Jay-Jay Okocha left Bolton Wanderers to the day Teddy Sheringham was ushered in to the Boleyn Ground.

But Rodgers should aim to use so-called target man Lambert as he looks to build after some shocking form.

Utilising Lambert would offer Liverpool a target with which to base their attacks, and the England international possesses the intelligence and technical ability to allow this to work without Rodgers sacrificing his ideals.

The No. 9 is more than capable of playing with the ball on the ground, holding up play and using his impeccable passing range to bring his pacier colleagues into the fore.

Lambert’s qualities don’t stop there however, as his time with Southampton under Mauricio Pochettino outlined, as the striker is more than capable of operating in a high-tempo, pressing system.

Compared to Balotelli, Lambert is far more comfortable in serving as a target for the opposition too, and his strength and nous should see him thrive here.

At Southampton, Lambert would perform in this lone striker role that Balotelli is suffering in, also dropping deep to collect the ball and recycle possession, but where the former Milan man is struggling due to a lack of a partner, Lambert should be right at home.

When it comes to hitting the net, too, where Balotelli has been frustratingly profligate, Lambert has displayed in his time in the Premier League that he is a clinical finisher.

These all come from a starting role, however—Lambert is not effective as the impact player he has so far been utilised as, and that is why the England international must start.

A Change in Tactics

The return of Sturridge was, ostensibly, also going to see the return of a forward two, and the successful midfield diamond formation.

Rodgers: "I'm not dogmatic. We've played various systems in my time here. We will always explore different options. That's my job as mgr."

If the manager persists despite the No. 15’s failure to return, Rodgers has various options to consider when partnering Lambert.

If fit, Balotelli would be an awkward fit on paper, with the pair both looking to fill the deep-lying role, but it may be surprisingly successful, whereas Fabio Borini makes a more traditional foil.

Ideally, Lambert would be paired with Sterling in a forward two, as the 19-year-old outlined how he can perform in a striker’s role in the first Champions League defeat to Real Madrid.

Sterling’s pace and movement gave centre-backs Pepe and Rafael Varane a lot to think about in the opening stages, and the forward would complement Lambert’s qualities perfectly.

However, if a stubborn Rodgers continues with his bizarrely-favoured 4-2-3-1 formation in light of Sturridge’s prolonged absence, Lambert would also be a more effective lone striker than Balotelli, who has undoubtedly and openly struggled in this role.

The manager would need to use his myriad attacking midfield options—three of Sterling, Coutinho, Adam Lallana, Lazar Markovic or even Jordan Henderson in more advanced role—to dovetail with Lambert and offer the Englishman options to further the attack.

Liverpool are desperately in need of a win at Palace, and in desperate need of a refreshed attack.

The striker continued that “it means everything to me,” and “I know what is important, I know it’s what I do on the pitch and the minutes I play.”

Rodgers hasn’t gifted Lambert the minutes he needs to get into gear at Liverpool so far, though.

Sunday’s visit to Crystal Palace is the perfect opportunity for Rickie Lambert to prove himself, as Liverpool’s strike options continue to frustrate.

Should Rickie Lambert start against Crystal Palace? Let us know in the comments below.