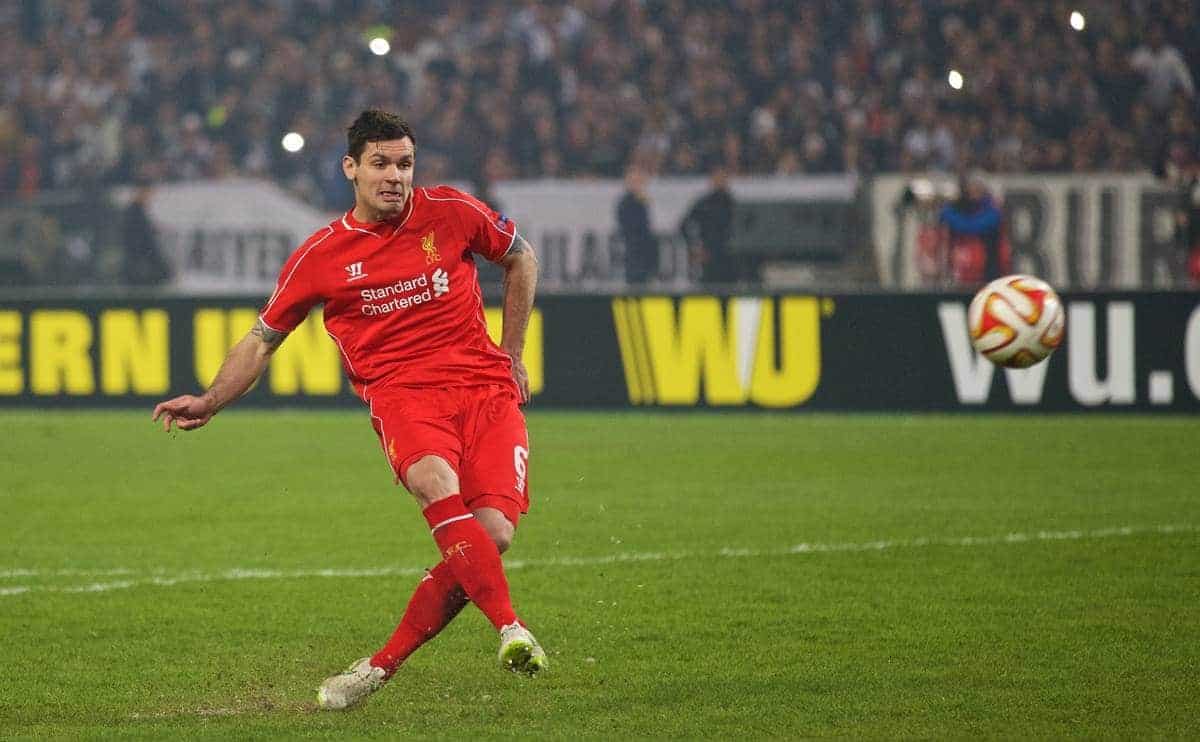 Liverpool boss Brendan Rodgers leapt to the defence of Dejan Lovren after the centre-back’s failure from the spot proved crucial in their defeat to Besiktas on penalties.

The Europa League last-32 clash went to spot-kicks after Tolgay Arslan had levelled the aggregate score at 1-1 in normal time on the Reds’ return to the Ataturk Stadium.

The Istanbul stadium was the venue for the Merseysiders’ famous 2005 Champions League victory, also on penalties, but there was no repeat this time as Lovren missed the decisive last kick to hand Besiktas a 5-4 victory.

Rodgers, though, refused to attach any blame on the Croatian, who has not enjoyed the best start to his career at Anfield after joining for B£20million from Southampton in the summer.

“Dejan was happy to take a penalty – you see the five penalties takers were all confident,” said Rodgers. “The four before had experience before in a penalty competition this season – and they were confident.

“We are disappointed for him because he had played really well in the game but someone has to miss, and unfortunately it was us.”

Rodgers was forced to field a much weakened line-up with eight senior players missing but while he was disappointed at their European exit, he was happy with their effort.

The Northern Irishman will now turn his attention to the FA Cup, Liverpool’s only remaining chance of silverware this season. “We are disappointed of course to go out in the manner we did,” he added.

“I thought we created opportunities in the first half and over the course of the game we defended very well. We just got too deep and they scored.

“I am proud of the players, the young players have had a great experience in a fantastic atmosphere.

“We were missing a lot of our creativity this evening but there is no excuse.

“We played a lot of young players, we played with two strikers, so it was an attacking line-up and then once Besiktas get the goal we didn’t create so much.

“It was a tight game but we just failed to take the opportunities we had.

“When you are away from home the objective is to keep a clean sheet.

“Our objective this season was to win a cup. It is not to be in this competition but we have an excellent opportunity in another competition (the FA Cup).”

Besiktas coach Slaven Bilic was in no doubt about the result. “We completely deserved to win,” he said. “We created good situations. In the second half it was all us – they were fading and we were dominating.

“I told my players we would have to be at our best to beat Liverpool on penalties – and we had seven players wanting to take them.”