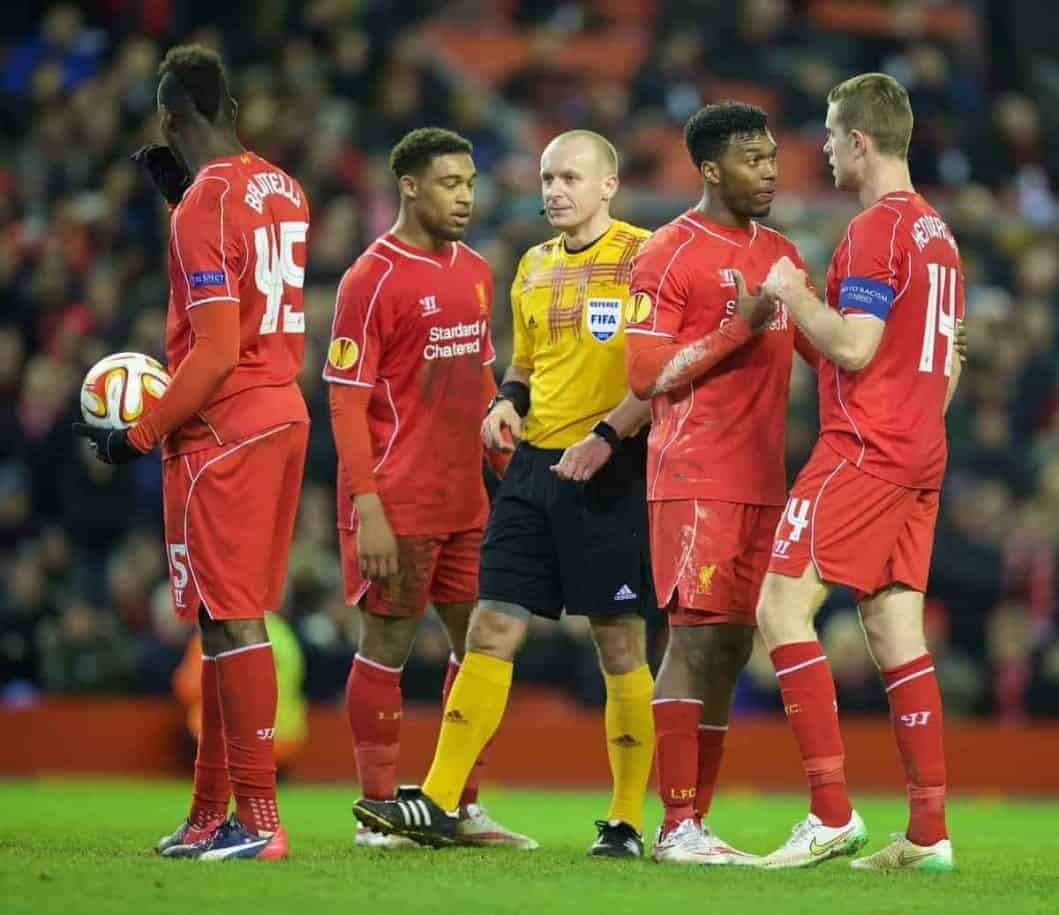 The Italy international appeared to overrule captain-on-the-night and designated taker Jordan Henderson to slot home the 85th-minute spot-kick to beat the visitors 1-0.

It prompted the injured Steven Gerrard, a guest television pundit for the night, to accuse Balotelli of being “mischievous” and disrespecting Henderson.

But the striker responded on social media by writing on Instagram: “Thank you hendo for let me take the penalty. Stop drama now. We won that’s what it counts. We are a team and especially we are Liverpool. Come on guys.”

Balotelli’s words are unlikely to diffuse an unnecessary row which blew up at the end of a difficult night for the Reds.

“Basically Henderson should have took that penalty,” Gerrard told ITV. “I think Mario has been a bit mischievous by stepping in front of him and going against what the manager’s planned before the game.

“Credit to him, he’s scored, but it would be very interesting in that dressing room if he’d have missed that penalty.

“I think we’d have had a similar situation to what happened at Everton a couple of weeks ago (when Kevin Mirallas stepped ahead of regular taker Leighton Baines and missed).

“It’s not nice to see when players are taking it off each other and stuff, for me, rules are rules and codes are codes inside a dressing room and when a manager selects a penalty taker that player should take it.

“Jordan is the captain and Mario showed Jordan a bit of disrespect there, but he’s scored a very important goal.

“I think six or seven players would have wanted to take that penalty so if they all say they are taking it, what happens then? Rules are in place for a reason.”

Manager Brendan Rodgers tried to brush off the row, joking Gerrard should have taken it, but he did not wish to take it any further.

When asked to clarify who should have taken the penalty he said: “I am clarifying we won the game 1-0.

“I have a number of outstanding penalty takers with Jordan and Mario and Rickie Lambert.

“We won the game.

“It was an excellent result and performance and it was always going to be a tight game.

“I believe Besiktas have scored in every away game so it shows our defensive organisation we kept a clean sheet.

“Simon (Mignolet) had an outstanding save in the first half. We created chances and moved the ball quicker in the second half.

“It was the perfect result and sets up for the second leg next week.”

Besiktas boss Slaven Bilic was disappointed his side could not hold out but he was far from downbeat.

“Of course when you concede a late penalty, late goal, you are gutted and from our point of view it wouldn’t have been unfair if it finished 0-0 or 1-1,” he said.

“We deserved a bit more but from their side they deserved maybe the one goal.

“From the bench they had really class players like Balotelli and (Raheem) Sterling.

“It is a game of two legs. We definitely have a chance at home in one week’s time to go through.”