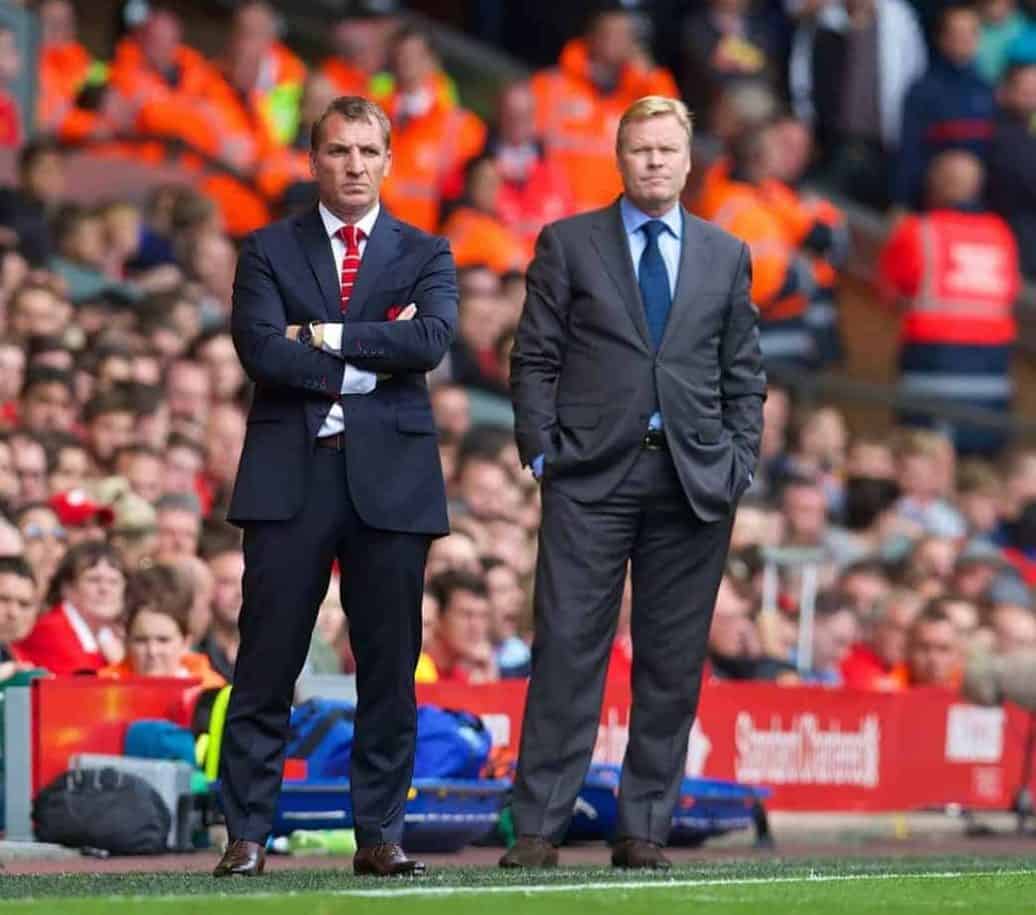 Liverpool travel to Southampton on Sunday afternoon looking to extend their current run of good form against a side who have upset the critics this season.

When Southampton sold Rickie Lambert, Adam Lallana and Dejan Lovren to Liverpool last summer, the narrative of their meeting at Anfield on the opening day of the season probably went to plan — Liverpool coming out 2-1 winners.

But since then the tale of the two clubs has spun off in two very different directions to what the experts had predicted. Going into this Sunday’s clash at St Mary’s, the Saints sit fourth, four points ahead of the Reds in seventh.

It is a glorious opportunity for Brendan Rodgers’ side to close the gap on Ronald Koeman’s side, who have occupied one of the Champions League positions for much of the season but have hit slightly more rocky form recently with an injury to star midfielder Morgan Schneiderlin.

A defeat at Swansea, a win at home to lowly Queen’s Park Rangers and a goalless draw at West Ham were preceded by an FA Cup exit to Crystal Palace, who Liverpool beat at Selhurst Park last Saturday to book themselves a place in the quarter-finals.

Liverpool meanwhile have won their last three — against Tottenham, Palace and Besiktas, having won eight times since the turn of the year and with no Premier League defeat since mid-December.

888Sport are offering enhanced odds of 6/1 for Liverpool to beat Southampton and edge themselves further towards the top four.

Already on a good run of form, the return of Daniel Sturridge from injury has boosted Liverpool and also seemed to spark a revival in Mario Balotelli’s career on Merseyside, scoring another late winner for the Reds in their Europa League victory over Besiktas on Thursday night.

Balotelli’s recent contributions to Liverpool games may make him feel hard done by if he doesn’t start at Southampton, whilst Sturridge’s goalscoring credentials may be vital to the Reds taking their chances when they come.

Balotelli is 6/1 to be first goalscorer on Sunday, whilst Sturridge is favourite at 21/4.

When these two sides met at St Mary’s last season, Liverpool were on a relentless title charge, sweeping their opponents aside 3-0 in March 2014. It’s likely to be closer this time round, but there are similarities from this season to last in the way the Reds have picked themselves up since the turn of the year.

A repeat of last year’s scoreline, 3-0 to Liverpool, is temptingly priced at 28/1, but perhaps a more realistic scoreline of 1-0 to the visitors is our tip at 17/2.

Keep an eye on This Is Anfield for further pre-match build-up, including team news and predicted line-ups.

Southampton v Liverpool gets underway at 16:15 on Sunday, 22nd February and is live on Sky Sports 1 in the UK.