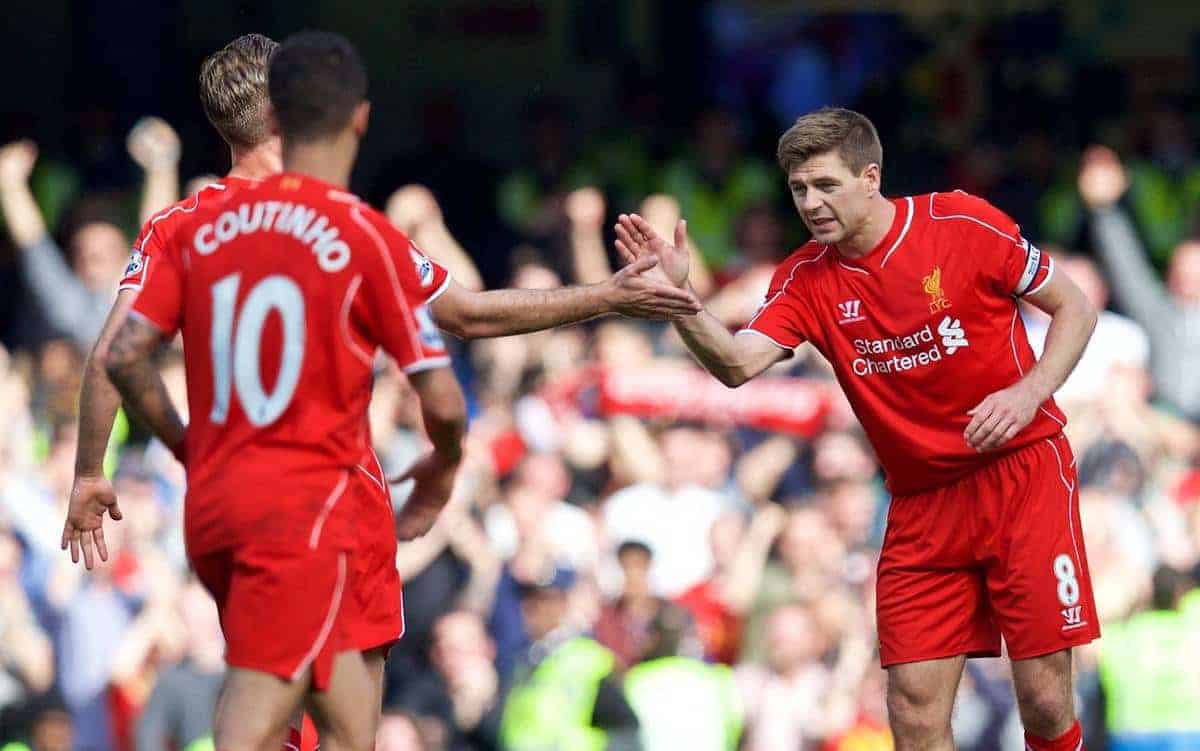 Liverpool drew 1-1 with Chelsea at Stamford Bridge on Sunday afternoon, as the Reds’ hopes of Champions League qualification officially ended.

The Liverpool side was unchanged from the one that beat QPR 2-1 at Anfield last weekend. Rickie Lambert continued in a lone strikers role, while Emre Can and Glen Johnson were deployed at right and left-back, respectively.

The Reds knew victory against the Premier League champions was paramount if they were to retain any hope of finishing in the top four. The markets are already open on Liverpool’s next campaign with mybettingbonus.co.uk.

Cesc Fabregas was fortunate not to be sent-off in the first minute, following a shocking tackle on Raheem Sterling.

Four minutes later Chelsea were ahead. John Terry headed home from a corner, and it looked an uphill challenge from that point on. Once again Liverpool had been undone at a set-piece.

Philippe Coutinho tested Thibaut Courtois from close-range and Sterling shot wide, as the Reds grew into the game after a torrid start.

Simon Mignolet made a sharp stop to deny Fabregas 27 minutes into proceedings, as Chelsea looked dangerous every time they attacked.

A minute before half-time, Liverpool were level though. Steven Gerrard scored his first ever goal at Stamford Bridge, heading home from a corner to silence the mocking home supporters. That was that for the first-half.

Adam Lallana dragged a shot well wide at the start of the second-half, and shortly after, Coutinho just missed the target after terrific work by Sterling.

Mignolet made a very fine save to thwart Willian from a tight angle, and the Brazilian was then denied by an excellent Martin Skrtel block.

Liverpool were superb in the first 15 minutes after the break, and it forced Mourinho to bring on Nemanja Matic in place of youngster Ruben Loftus-Cheek.

Jerome Sinclair and Jordon Ibe replaced Lambert and Lallana midway through the second-half, as the Reds looked to earn an unlikely win.

Gerrard was substituted for Lucas Leiva with 10 minutes left, receiving a rich ovation from some inside Stamford Bridge, and it was the last meaningful thing to happen in the game.

The draw ends Liverpool’s top-four hopes, and Gerrard’s final Anfield appearance will now be the main talking point in the coming week.