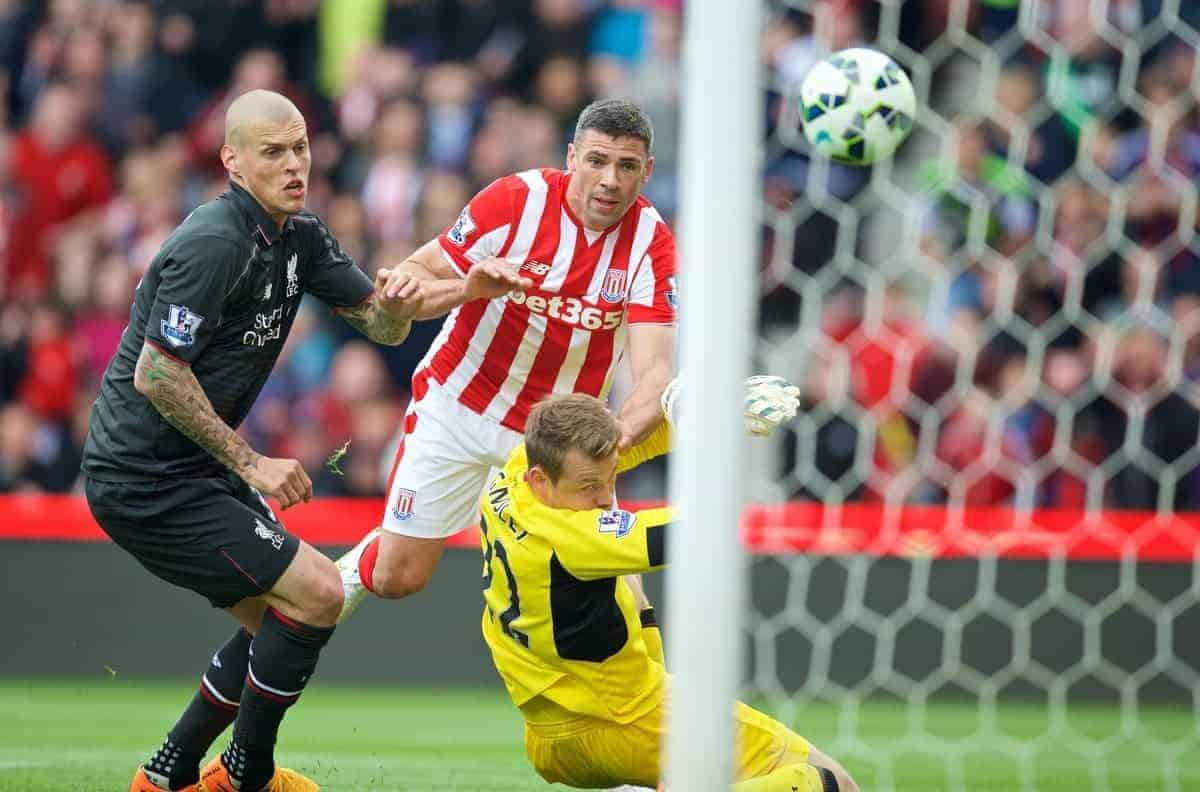 Jordan Henderson and Martin Skrtel are both looking to put May’s 6-1 defeat at Stoke City behind them when Liverpool return to Britannia Stadium this Sunday.

The Reds get their Premier League campaign underway at the very ground they finished the 2014/15 season off, enduring their worst defeat in 52 years in what was Steven Gerrard’s last match for the club.

It was a day to forget for Liverpool and their fans, capping off a very disappointing season.

But with fresh players in the squad after £73.5 million worth of summer signings, Henderson and Skrtel are determined to put the demons of the Britannia Stadium behind them.

Speaking to the Liverpool Echo, Henderson said the heavy defeat can be a catalyst for a winning start to the new season.

“There couldn’t be a better place for us to start and put what happened there last season to bed once and for all,” he said.

“The lads who were playing that day will remember it for quite some time. It was a horrible day for everyone involved.

“We have a determination to do better and to improve as a team. We are focusing on the future and that is the first game at Stoke. They are a good team but so are we.

“We will be stronger with the new players that we have got. We are a young team but we have brought in quality. I think the quality we have added will make a big difference.”

Similarly Skrtel is confident the team will produce a better performance and last season’s humiliation will be distant memory.

“Obviously we can use that as motivation to drive us on into this season. However, this will be a different game and a different season.

“I am pretty sure we will be stronger and better this time. We have to forget about the last game there and start from the beginning again.”

It’s not yet known who will partner Skrtel in central defence when Liverpool lineup at Stoke.

This recent poll on This Is Anfield suggests fans want to see Mamadou Sakho played ahead of Dejan Lovren:

Stoke City vs. Liverpool kicks-off at 4pm on Sunday, 9th August. Keep an eye on This Is Anfield all week for more build-up and previews. Follow us on Twitter> here: Follow @thisisanfield