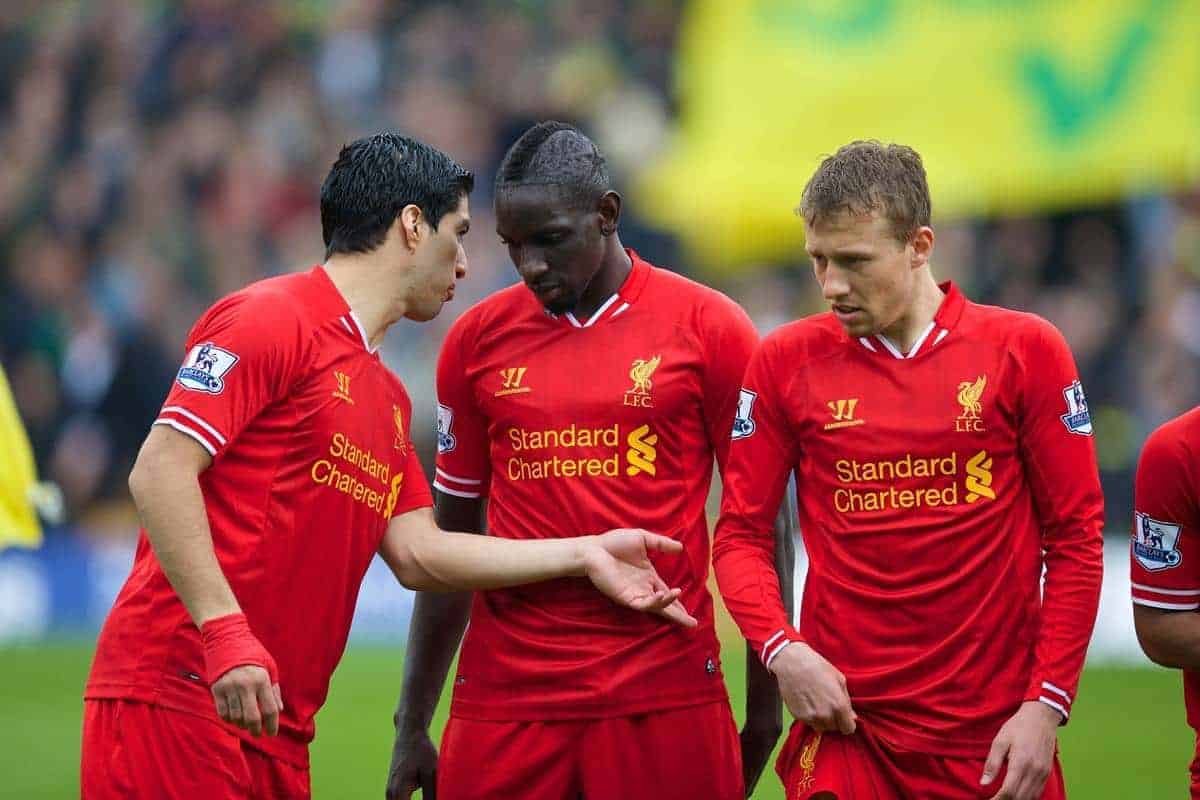 Sakho’s absence vs. Stoke City last week had been put down to his wife having given birth in the lead up to the game. But he was again overlooked for a place in the squad on Monday, with Kolo Toure named among the subs instead.

The French international is understood to be happy to be at Liverpool FC, but increasingly unhappy and disillusioned at being managed by Brendan Rodgers.

Sakho stormed out of Anfield after being replaced by Dejan Lovren in the Merseyside derby last September and has, despite proving to be a far superior player as last season progressed, been overlooked again for the Croat at the start of this campaign.

Rodgers has signalled his intention to keep Lovren in the side alongside Martin Skrtel and spoke of the need for consistency in defence.

Despite some typically shaky moments early on from Lovren, Liverpool escaped with a clean sheet – even after Bournemouth‘s Tommy Elphick had outjumped Lovren to head home early on from a corner, being adjudged to have impeded the Liverpool No. 6.

Sakho, meanwhile, watched on from the stands. He has now been the subject of two bids; one from AS Roma and another from Bayer Leverkusen.

The Guardian‘s Liverpool correspondent Andy Hunter writes in his match report that both Sakho and Lucas could leave the club in this transfer window.

If Sakho sees that he isn’t going to get a game at Liverpool, he’ll surely want to move in order to ensure he retains his place as first choice with the France national side – especially as France host next summer’s European Championships.