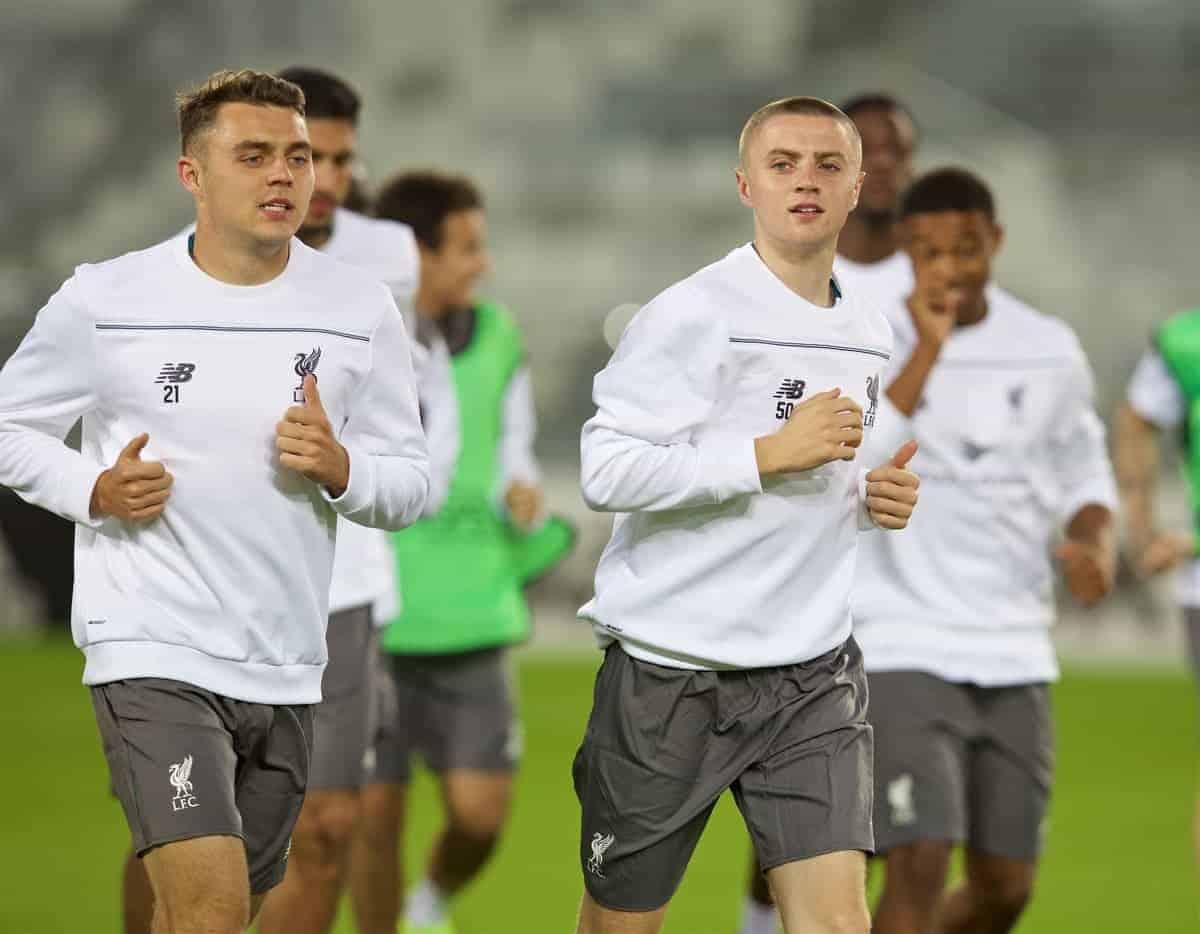 Jordan Rossiter is hoping for another opportunity in the Liverpool first team to show the world what he’s capable of and “repay the faith” Brendan Rodgers has shown in him.

Rossiter is part of the Reds’ squad to face Bordeaux in their opening Europa League game of the campaign on Thursday night, almost a year after he made his debut for the club.

After making a goalscoring debut against Middlesbrough in the League Cup last season, the 18-year-old played the final 14 minutes of Liverpool’s goalless draw at Arsenal in August and is now eyeing his European debut.

“If my time comes, I want to show what I can do and hopefully repay the faith the manager showed in me in the Premier League a few weeks ago,” Rossiter told the club’s official website.

“It’s a dream come true. I have been working since the age of six to be up at Melwood training. But I just know I’ve got to keep my feet on the ground.

“I’ve still got a long way to go and I need to keep improving every day and hope for the best for the future.”

A win for Liverpool in France would certainly give them an edge in their Europa League group, with Russia’s Rubin Kazan and Switzerland’s FC Sion the other two opponents.

Jordon Ibe is seeing Thursday’s game at Bordeaux as a chance to turn things around after back-to-back underwhelming defeats in the Premier League.

“Getting a positive result in the away game would help us nicely,” Ibe told LiverpoolFC.com. “Then coming home, with the fans helping us, we should do well.

“The last two games have been disappointing so it will be a chance for us to get some points and do well.”

Bordeaux vs. Liverpool gets underway at 6pm on Thursday 17th September. Keep an eye on This Is Anfield throughout the day for more updates and follow us on Twitter @thisisanfield: Follow @thisisanfield