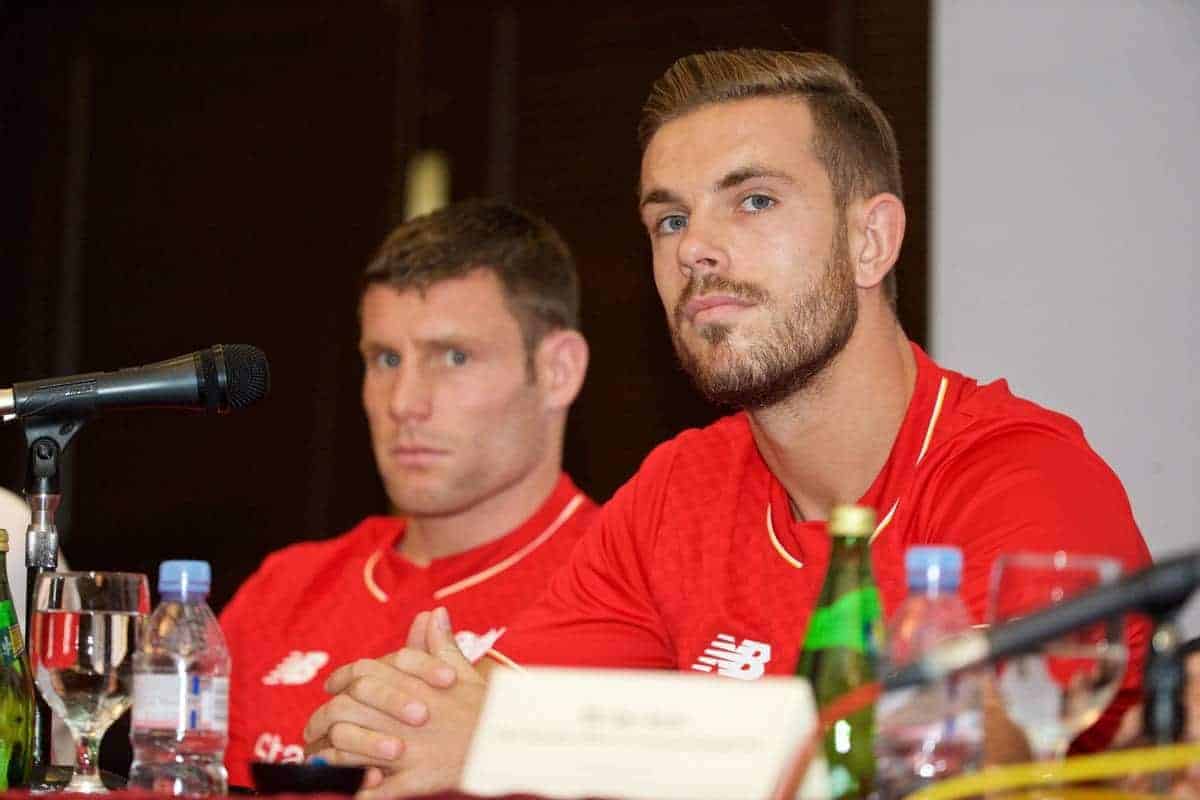 Liverpool will be without captain Jordan Henderson and vice-captain James Milner for their Europa League opener in Bordeaux, after the latter was rested along with forward Christian Benteke.

Milner, who has featured in every minute of the Reds’ five Premier League games so far this season, is rested for the match in southern France, while Henderson has undergone treatment on a heel injury in the United States.

It’s expected that Mamadou Sakho, Alberto Moreno, Divock Origi and Jordan Rossiter will start the game, while Philippe Coutinho is also back available after suspension vs. Man United at the weekend.

Brendan Rodgers must pick a new captain for the game, with his options depending looking particularly slim following the exclusion of Martin Skrtel and Lucas Leiva from the Reds’ travelling squad too. Nathaniel Clyne is also rested.

The only candidates therefore appear to be either of the two centre-backs, Kolo Toure or Mamadou Sakho, young midfielder Emre Can, or goalkeeper Simon Mignolet.

Aside from those four, there aren’t too many other options, with the team likely to consist of young, inexperienced players.

UPDATE: It’s reported that Kolo Toure will take the captaincy for the game.