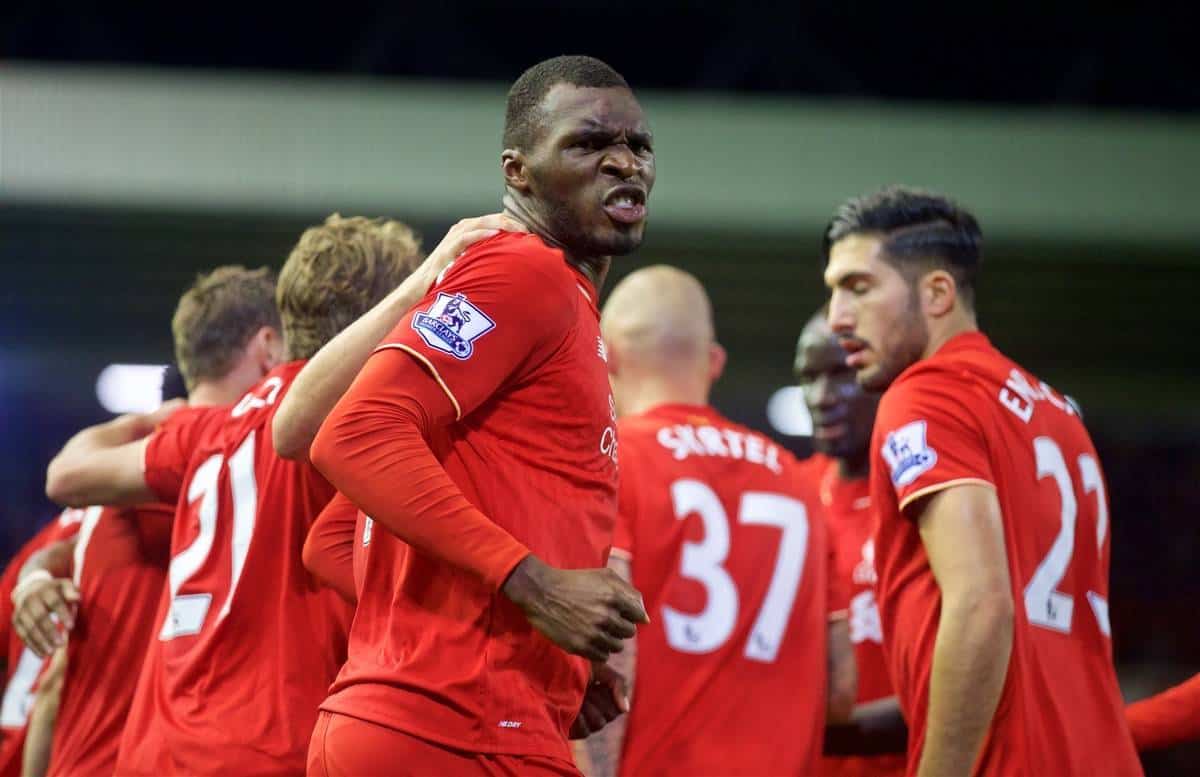 Liverpool travel to Manchester City to take on the Premier League leaders and we take a look at how Jurgen Klopp could line up his side for the Etihad clash.

Klopp’s Reds look to bounce back to winning ways at the first time of asking on Saturday evening when they take on Manuel Pelligrini’s title chasing City.

An improved showing at both ends of the pitch from the Crystal Palace defeat will be needed in order for Liverpool to start a busy week of action positively, and to avoid suffering back-to-back losses for the second time this season. Klopp has received a boost this week with absentees closing in on returns, but the Reds XI is likely to retain a familiar look.

The biggest decision comes in which formation to deploy between the frequently used 4-3-2-1 and more recently utilised 4-2-3-1.

In either system, Lovren is set to replace Sakho in the back four and Milner’s return to fitness is likely to see the vice-captain come straight back in.

Should Klopp go with his formation of choice since arriving – 4-3-2-1 – Milner could join Lucas and Emre Can to form a solid midfield three, leaving some tough decisions over the two attacking midfield positions.

Coutinho is a certain pick, and the Brazilian should be joined by compatriot, Firmino, to play in support of Benteke, leaving Lallana, Ibe and Sturridge in reserve.

Those changes to system and personnel would see the Reds look like this at the Etihad: Klopp could decide to use the 4-2-3-1 shape however, and match up to the home side.

Within that, the back four would remain the same, with Lucas and Can forming the midfield duo.

Milner could then move into the three man attacking unit – where he featured heavily during his time at City – alongside Coutinho, and Lallana could keep his place in the XI to form the trio behind Benteke.

The switch of shape and single change would see Liverpool look like this come 5:30pm kick-off time:

The Reds face a tough challenge to respond instantly to defeat at the Etihad, but it’s a task they must accomplish to continue their positive start to life under Klopp.

OPINION: Klopp banished Chelsea away-day woes, the challenge is to repeat at the Etihad