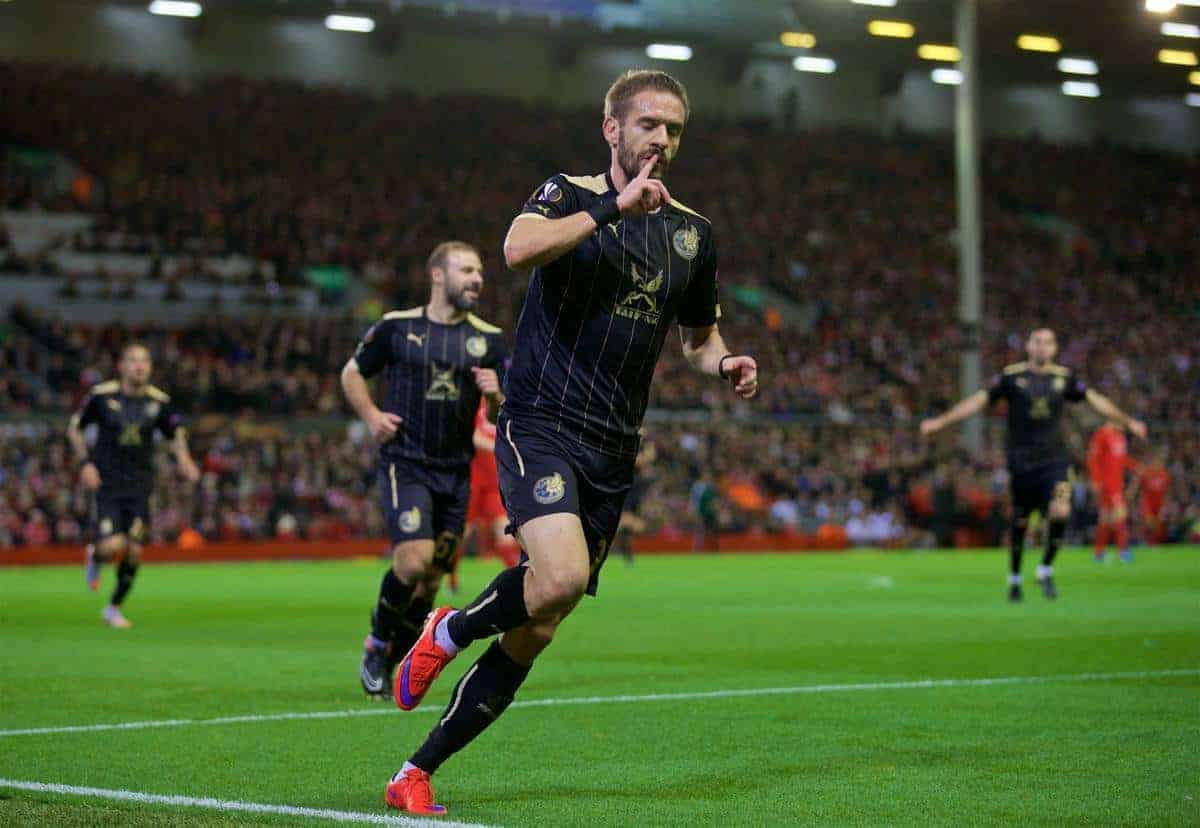 The Kazan Arena, one of the first stadiums to be erected ahead of the 2018 World Cup in Russia, will play host to Jurgen Klopp‘s Liverpool on Thursday night.

Rubin have played their home games at the stadium this season following the club’s Europa League draw with the Reds, with Russian football expert and LFC TV commentator John Bradley telling the Liverpool Echo last month that this was due to supporter demand.

“The Kazan Arena hosted the World Swimming Championships back in July. They dug the football pitch up, put in the pool and put in temporary stands,” he explained.

“They said they would eventually get around to turning it all back but there wasn’t any great rush because of the small crowds Kazan were getting.

“Then they got Liverpool in the draw.

“The fans demanded that the game was played in the Kazan Arena so they have taken out the pool, rushed it all through and relaid the pitch to ensure it’s ready for Liverpool’s visit.

“They have turned it back into a football stadium purely because Liverpool are coming to town.”

The stadium, which holds over 45,000 people, is complete with restaurants, food courts, bars and cafes, as well as a museum displaying Rubin’s history.

That supporters demanded this World Cup venue be utilised for this clash underlines the pressure on Rubin to gain a result against their Premier League opposition on Thursday.

Valeriy Chaly’s side held the Reds to a 1-1 draw at Anfield last month, employing a high-intensity attacking approach that took Liverpool by surprise.

Backed by the Rubin faithful, they will represent a tough challenge for Klopp and his Liverpool side.

They will have to be at their best to ensure victory at the Kazan Arena, following a gruelling 2,000-mile journey on Tuesday.