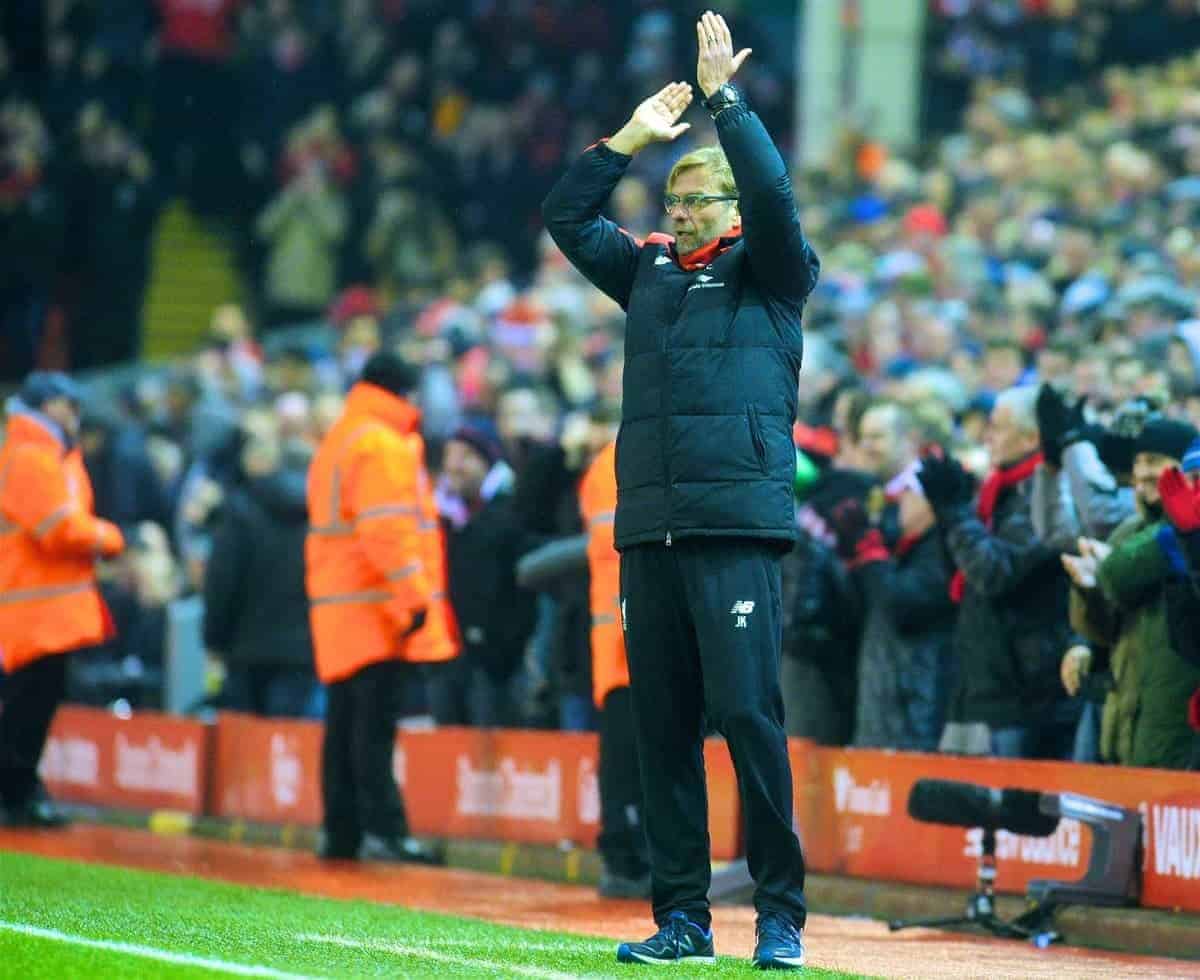 Liverpool legend Steven Gerrard believes Jurgen Klopp has made an enormous impact since becoming manager, changing the entire atmosphere at the club.

Gerrard has returned home from Los Angeles to spend the MLS close-season in Liverpool, and is currently training at Melwood in order to stay fit.

The 35-year-old says he always admired Klopp prior to his arrival at Anfield, but admits meeting the German made him truly realise what a great character he is.

“My impressions from the outside were that I loved him,” he said this week.

“I loved how charismatic he was on camera, I loved his tactics and I always appreciated Borussia Dortmund, who I watched quite closely in the Champions League. So I was huge fan anyway.

“But now that I have met him and worked with him, it has gone up a notch.

“I had coffee with him and when I came out of the room I just felt happy. I felt taller. And I am not one of the players so I can only imagine what he has done to those players in the dressing room.

“The atmosphere at the club is brilliant. The players are buzzing around the training ground and there are smiles all over the place.

“I think he has lifted the whole place.

“He wants to be around players who are enjoying it. He does not want players to be tense, worried or concerned. He wants to take all that pressure on his shoulders.

“I am watching him on the outside but I also get to work with him so it is a brilliant experience for me—as a Liverpool supporter, an ex-player, a pundit and also for my future as well. I am loving it.

“If I was a player at Liverpool—either a young player or one at my peak—and Jurgen Klopp walked through the door I would be licking my lips.

“The players should be excited. I think to myself, imagine being 25 or 26 and how happy and excited I would be to be working with him.

“So the players should be sitting themselves down and realising what an opportunity they have to achieve success in the next two, three, four or however many years he is here.

“If the players are not feeling it then there is something wrong.”

Klopp is arguably one of the most popular managerial appointments in Premier League history, with even rival supporters finding it extremely hard not to warm to the 48-year-old.

His infectious nature seems to be rubbing off on everyone in and around Liverpool, and things should only continue to improve from this point on.

Gerrard was speaking ahead of his appearance on the Clare Balding Show, which airs this evening (17th December) at 8pm on BT Sport.