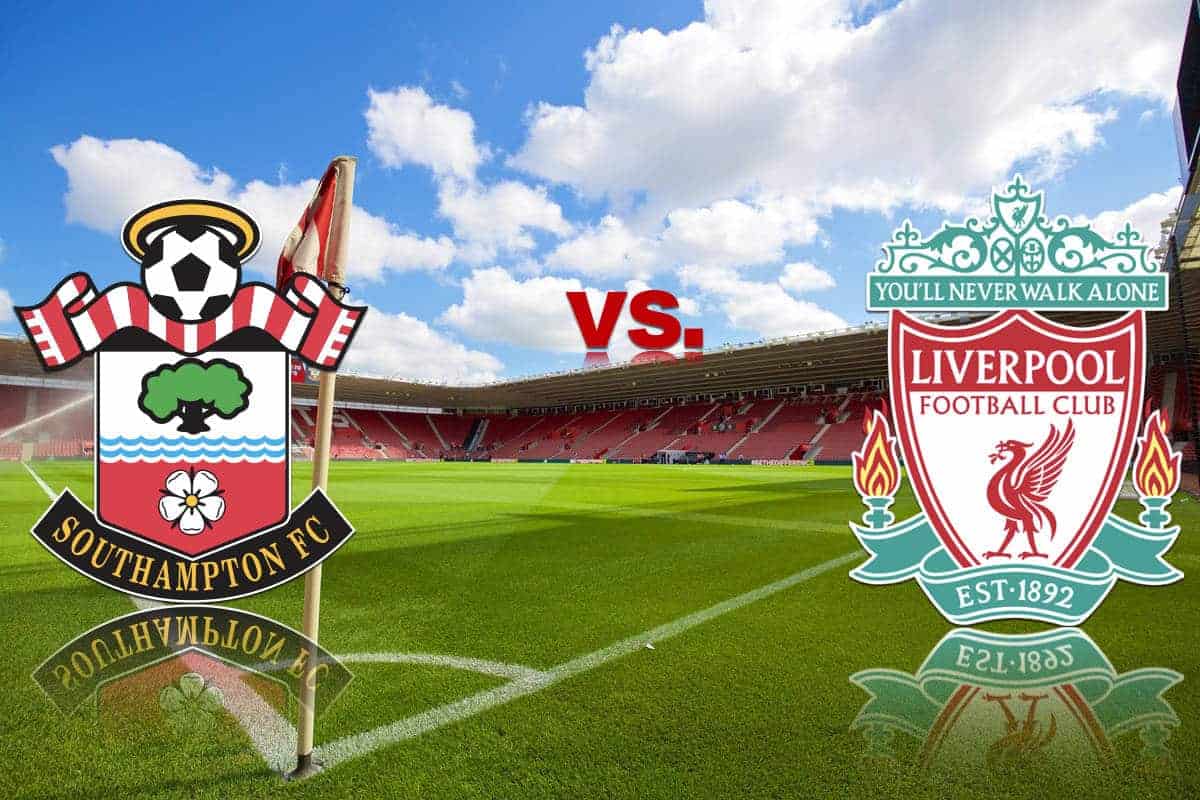 Liverpool turn their attention to the League Cup as they look to reach the semi-finals of the competition against Southampton on Wednesday night. The relentless schedule continues for Klopp’s side, who go in search of continuing their season-transforming form with a fourth win in 12 days.

The League Cup provides an early chance for silverware for Klopp, but having already faced a tough game against the Saints at Anfield, the German will know a strong performance will be needed against Koeman’s organised side in order to book a place in the last four.

The Reds at Southampton

The two sides meet for the 101st time on Wednesday night at St Mary’s, where Liverpool have never previously won in a cup fixture.

The Reds boast a good recent league record on the south coast however, winning on their last two trips to the home of the Saints.

Brendan Rodgers’ title chasers romped to a 3-0 win in March 2014, before claiming a 2-0 success after Europa League involvement on the last trip back in February, thanks to Philippe Coutinho’s wonder-strike and Raheem Sterling’s calm finish.

League meetings have been frequent between the clubs, but Wednesday night will be the first time the two have met in League Cup action down south since 1999, when Gerard Houllier’s side lost 2-1 at The Dell in the third round.

Liverpool have a miserable cup record at Southampton, winning none of four FA Cup clashes, drawing one and losing one of two League Cup meetings, while also only managing a stalemate in the one-off Screen Sport Super Cup of 1985/86.

Klopp will be looking to claim a historic first cup success away against the Saints at the first attempt. Southampton head into the clash in good overall form despite suffering back-to-back defeats in their last two league games.

Koeman’s men had won six of their previous eight games prior to the successive losses to Stoke City and Manchester City, and the Dutchman will be keen to ensure the defeats prove to be nothing more than a blip against Klopp’s Reds.

The Saints have posted two positive results to reach the quarter-final stage with the minimum of fuss, overcoming Championship strugglers MK Dons 6-0 away from home, before seeing off Premier League strugglers Aston Villa 2-1 at St Mary’s.

Klopp’s team arrive in excellent shape in contrast, having secured six wins from their last seven games in all competitions, as the Reds transform their fortunes almost instantly under the German boss.

But Liverpool’s journey to the last eight stage has been less comfortable than the Saints’ – with the Reds overcoming League Two side Carlisle United only on penalties, before seeing off Bournemouth with a nervy 1-0 win at Anfield in the last round for a first win under Klopp.

Progression to the last four of the cup for Klopp’s men is currently 9/4 with various bookmakers including betvictor (sourced from bookies.com) with the Saints priced at 6/4 to advance.

Koeman has an almost fully fit squad at his disposal, with only long-term absentees Fraser Forster, Florin Gardos and Jay Rodriguez missing.

Jose Fonte could miss the Reds’ visit however, after being forced off in their 3-1 defeat against Man City on Saturday with a knee injury.

Steven Caulker replaced the Portuguese centre-back on Saturday, and is the man likely to deputise should Fonte fail to recover, while Jordy Clasie and Dusan Tadic are also pushing for starts after starting amongst the substitutes at the Etihad.

Summer signing Juanmi offers Koeman a striking alternative should he opt to freshen up his side, but with a chance to edge closer to Wembley, the Dutch manager could restore top scorer Graziano Pelle, who missed Saturday’s clash against City through suspension.

After grinding out a result against Swansea, a refreshed performance will be needed for the Reds in order to reach the next round, with Liverpool’s pressing in high areas key to unsettling and breaching a reliable defensive unit.

Klopp said before his first trip to St Mary’s:

“We want to win. It’s a difficult game against Southampton, but to win cups is a cool thing!

“I knew Southampton from before. They’re a good team, brilliant offensively – [Graziano] Pelle, Saido [Mane] and [Dusan] Tadic is not easy to play against.

“If we want to get to the semi-final we will have to fight for it – and that’s what we will try to do.”

#SaintsFC boss @RonaldKoeman on what to expect from #LFC at St Mary's on Wednesday night – https://t.co/JXTwVuGB7V

Ahead of the Reds’ visit, Koeman said:

“[Liverpool] have a fast transition, when they get the ball, when you lose the ball, they play a little bit of a different system to most teams, with one striker and two strikers behind.

“It’s sometimes difficult to have a good defensive organisation [against this], but I’m not afraid.

“I prepare my teams always about what we can do, and how we can beat the press, because then we get really good opportunities to create chances.

“We have to improve and we have to play to our level.”

The Reds return to the live UK television cameras after a weekend away, with the game to be shown on Sky Sports 1 with kick-off coming at 7:45pm.

As ever, This is Anfield will be presenting live coverage of Liverpool’s League Cup clash throughout Wednesday night.