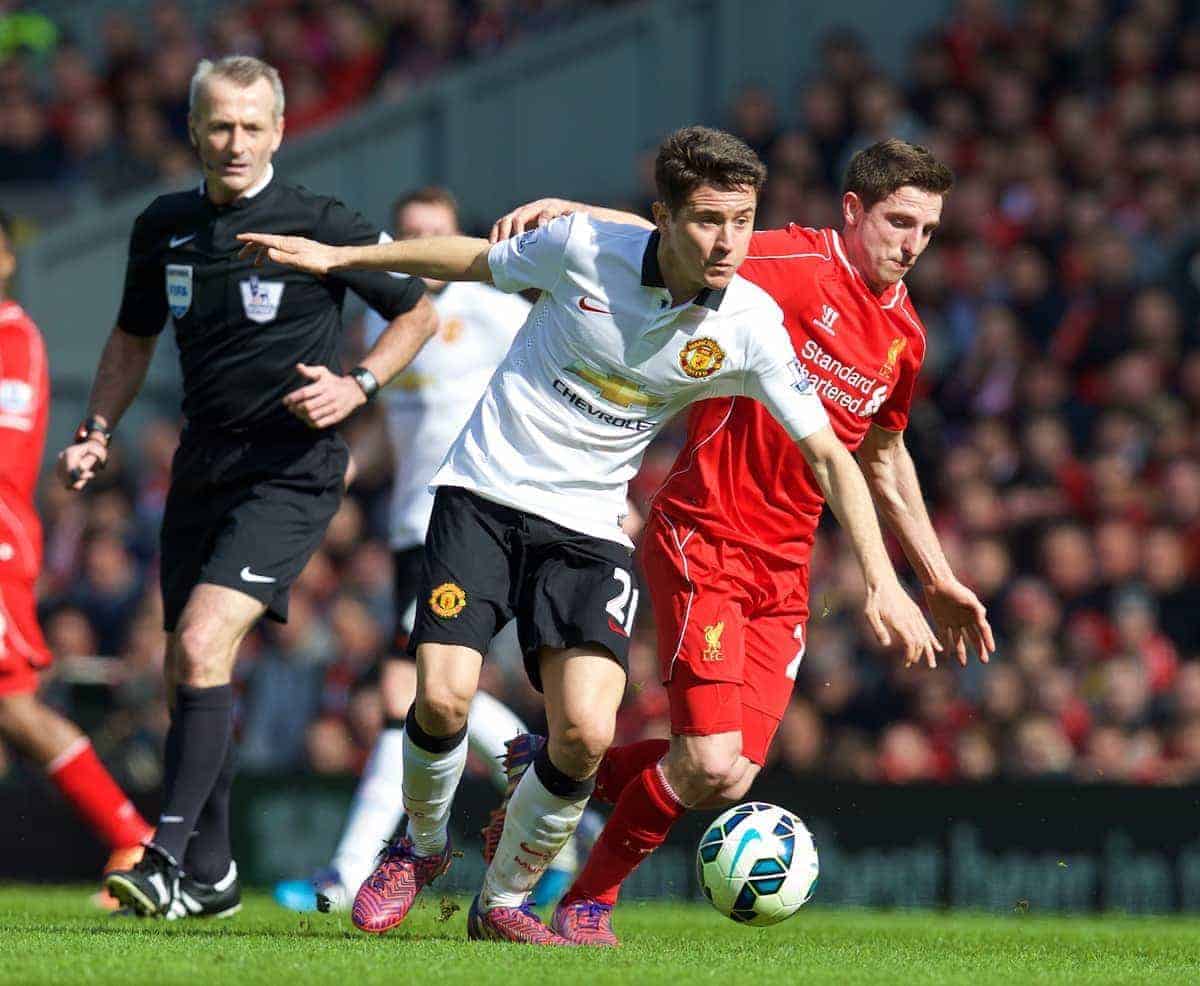 Liverpool host Manchester United on Sunday as one of the Barclays Premier League‘s fiercest rivalries is renewed.

Here Press Association Sport looks at some of the issues surrounding the game.

THE TWO TEAMS ARE NOT IN THE BEST FORM SO SHOULD WE NOT GET OUR HOPES UP?

Hardly. There has not been a goalless draw for over 10 years and the intensity of the contest means there have been 16 red cards during the Premier League era.

The rivalry between England’s two most decorated clubs goes beyond north-west bragging rights and what it occasionally lacks in quality it usually makes up for in entertainment.

BUT LIVERPOOL ARE STRUGGLING FOR GOALS AND UNITED HAVE A TIGHT DEFENCE?

That had been the case but after they were involved in 3-3 draws this week – at home to Arsenal and away to Newcastle respectively – the hope is both teams may have found some freedom.

Considering the intensity of the game mistakes are more likely than not so expect goals.

Sixth-placed United have scored 27 goals in 21 league matches, which is only the ninth best in the top-flight, and nine of their 10 home matches have been goalless at half-time.

Van Gaal has blamed the issue on massed opposition defences but other big sides Manchester City (39) and Arsenal (37) have not had any problems.

The difference is they have plenty of creative players and attacking intent, Van Gaal’s side have been criticised for their safety-first policy and preferring to pass sideways rather than forwards.

CAN THIS ENCOUNTER SPARK WAYNE ROONEY INTO LIFE?

United’s captain has 11 goals this season, although four of those have come in the last three matches, with just five in the league.

The England skipper has definitely lost some of his spark but Van Gaal’s tactics have not helped him and he needs some creative help behind him. He is within eight of Sir Bobby Charlton’s club record of 249 but his record against Liverpool is poor with just five in 22 appearances for both Everton and United.

WHY ARE LIVERPOOL SO INCONSISTENT?

The arrival of Jurgen Klopp in October resulted in a significant change of tactics and style and players are still adjusting to that.

A considerable injury list has contributed to a chopping and changing of the line-up from week to week.

However, by far their biggest two problems is their lack of penetration up front and a vulnerability at the back, mainly from crosses and set-pieces.

Until both improve markedly results will continue to be up and down.