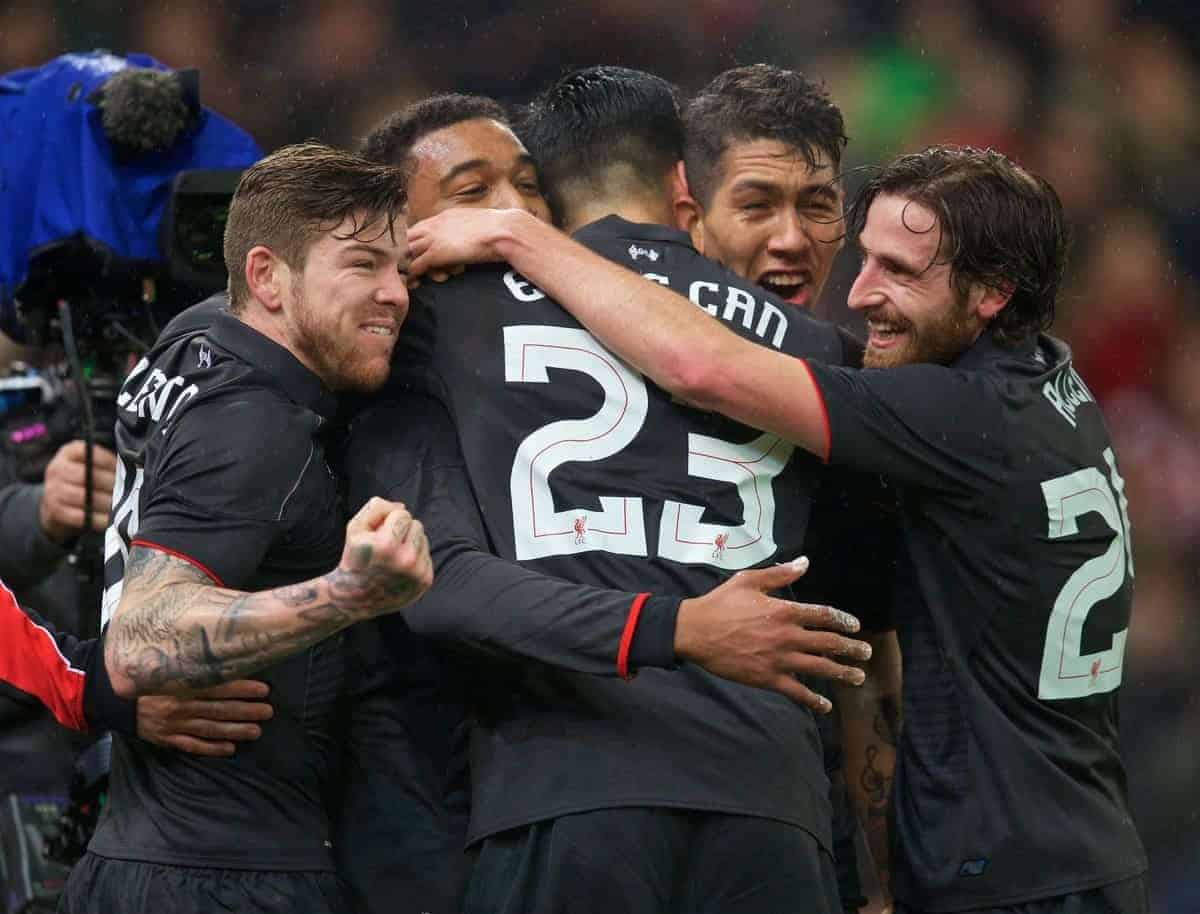 Liverpool host Stoke City on Tuesday for a big night under the Anfield lights as the Reds seek to book their place in a 12th League Cup final.

After securing a first-leg lead at the Britannia Stadium three weeks ago, Jurgen Klopp’s Reds look to finish the job and secure a shot at winning a record ninth League Cup title.

Having produced successive wins in their last two games in the FA Cup and Premier League, Liverpool look to make it three in a row against Mark Hughes’ side in the biggest fixture of the season to date.

Klopp will certainly hope for a more straightforward evening than Saturday’s exhausting Norwich victory, however.

An early chance for silverware just months into his Anfield reign looks an increasingly realistic proposition for Klopp, and his side must ensure they remain fully focussed and complete the task as they seek trophy glory in next month’s Wembley showdown.

The Potters at Anfield Tuesday night’s 135th meeting at Anfield will arguably be the biggest ever between the two clubs.

Liverpool look to continue their dominance of Merseyside clashes in the most anticipated fixture involving the sides, with the Reds having won 51 of 67 games – losing only three times.

Stoke’s last trip to Anfield saw the dominant run added to, with Liverpool running out 1-0 winners in October 2014 courtesy of Glen Johnson’s Kop end header, something the full-back will seek to replicate for his current employers on Tuesday night.

Having lost three times in four years to the Potters at Anfield in the 1950s, the Reds are unbeaten at home against Stoke since 1959, and have never lost in a League Cup fixture to the Britannia Stadium outfit.

Liverpool – who have won five of the last six against Tuesday’s visitors – beat Stoke on their way to winning the trophy in 2011, and Klopp will hope the omens result in his first Anfield trophy win.

The two teams come into the clash in contrasting immediate form.

The Reds arrive buoyed and gathering momentum after recording back-to-back wins against Exeter City and Norwich City, but Stoke are without a victory or a goal in their last two games.

The two sides boast identical records over their last four games however – two wins, a draw and a defeat – but form is set to go out of the window for the make-or-break tie at Anfield.

Liverpool will have to call on their semi-final expertise to ensure of progress with the Reds winning 11 of 15 last-four ties in the competition.

Progression to Wembley with a win on the night for Klopp’s men is priced at 3/4, with a Stoke victory at Anfield valued at 4/1 and a draw that would see the Reds advance available at 11/4.

In contrast to the first leg, Hughes has some injury concerns ahead of the win-or-bust tie.

Captain Ryan Shawcross is ruled out with muscle damage, while Geoff Cameron – who played the first leg in midfield – is also unavailable.

Marko Arnautovic is likely to play despite a slight hamstring issue, but positively for the Stoke boss, Bojan – who was left on the bench for the weekend loss to Leicester – is fit to feature and set to return to the starting XI.

It’s set to be between Marc Wilson and Marc Muniesa as to who replaces Shawcross at centre-back, while at full-back Glen Johnson is in line for a first Anfield return since leaving.

Peter Crouch could earn a rare start with Stoke needing to chase the game.

The Reds will have to ensure they’re defensively compact to counter the space and deny Stoke’s dangerous front four, while replicating the forward movement and pressing shown in the first leg could again prove the difference again on the night.

Ahead of the second leg, Klopp said in his pre-match press conference:

“I’ve heard about the special atmosphere at Anfield for semi-finals and I’m really looking forward to experiencing that.

“We want to defend next to perfection. Mark Hughes has done a brilliant job at Stoke – a big change in their football style.

“Now we have the best situation you can have ahead of the second leg – we won the first game and now we play at Anfield.”

Prior to the Anfield trip, Hughes said:

“[Liverpool] have a real threat and it will be a big test for us. We know where we stand though, we have to win.

“We’re going to really push for it – we’ll have a big following and we want to win the tie.”

“Hopefully at 10pm tomorrow we’ll be in the final for the first time in 40-odd years. I’ll be reminding the players of that before kick-off.”

Like the Britannia Stadium first leg victory, the match will be shown live on Sky Sports 1, with the game also to be broadcast on global channels such as beIN SPORTS, ESPN and SuperSport3.