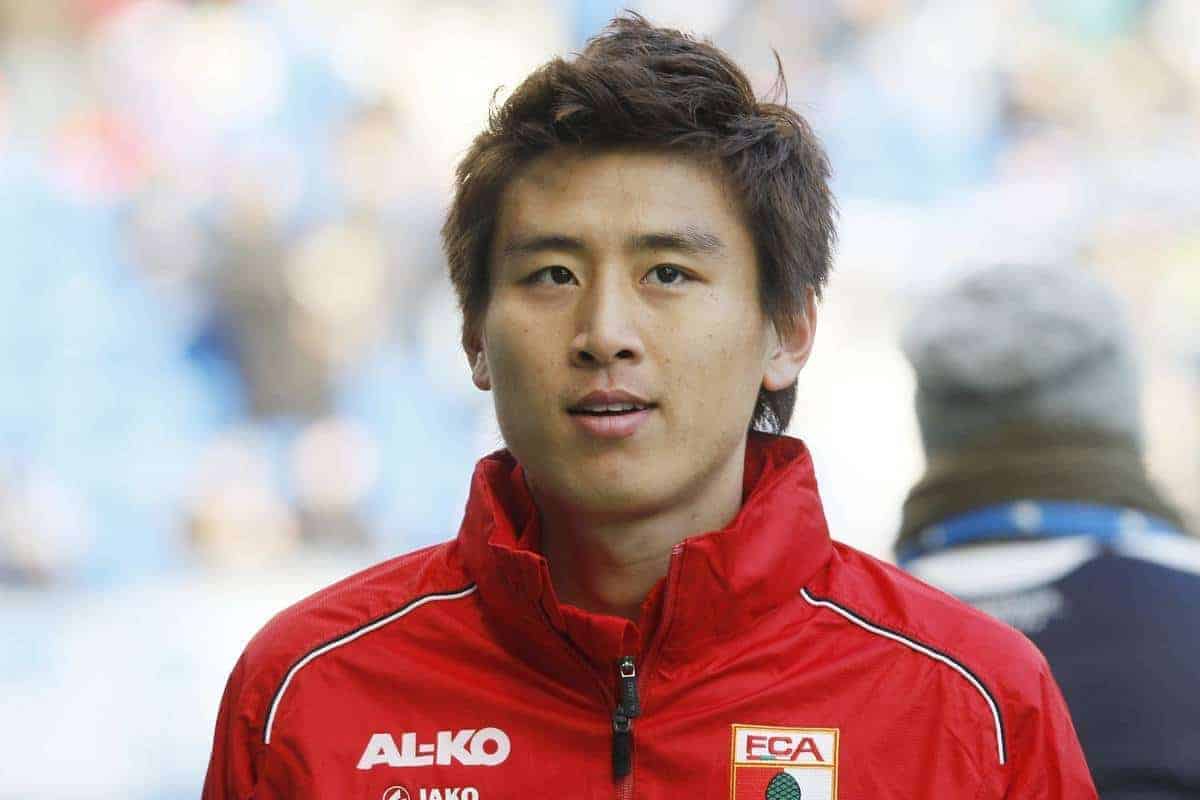 After a 0-0 draw in the first leg of their Europa League round-of-32 tie with Liverpool, Augsburg midfielder Ja-Cheol Koo is confident of a fighting display on Thursday night. Augsburg welcomed the Reds to the WWK Arena last week, performing with defensive strength in securing a 0-0 draw.

Now travelling to Merseyside for the second leg, with a place in the Europa League‘s round of 16 at stake, the Bundesliga outfit will be looking to spring a surprise on away soil.

Koo, who came on as a late substitute in the first leg, says Markus Weinzierl’s side will “give everything” against their lofty opposition.

The 26-year-old did admit, however, that their primary focus remains their battle against relegation, with Augsburg currently lying in 13th, six points above the bottom two.

“It would be great to have both, but we obviously want to be playing in the Bundesliga next season,” the midfielder admitted when asked whether he would prefer Europa League success or Bundesliga survival.

“It’s difficult to say [if we can knock Liverpool out].

“We did really well at home, and we’ll try to do the same in Liverpool.

“It’s a huge game for us, and we’ll give everything. We’ll have to see whether that is enough.”

With Liverpool having enjoyed a rare weekend off after dropping out of the FA Cup, Jurgen Klopp‘s side will be well-rested and raring to continue their push towards the Europa League final.

The Reds will need to be wary of underestimating their opposition at Anfield, however, as Koo admits that “in football, everything is possible.”

Augsburg’s underdog status could play into their hands on Thursday night, and Liverpool will need to be at their best to secure victory.

Weinzierl is still without key midfielder Daniel Baier, while star striker Raul Bobadilla is unlikely to feature having left the field with a thigh injury in the first leg.

Koo could hope for a starting role at Anfield as a result, having scored the winner in Sunday’s 1-0 victory away to Hannover 96.

If the South Korean does take up his regular attacking-midfield role on Thursday night, Liverpool will line up against a highly determined opponent.