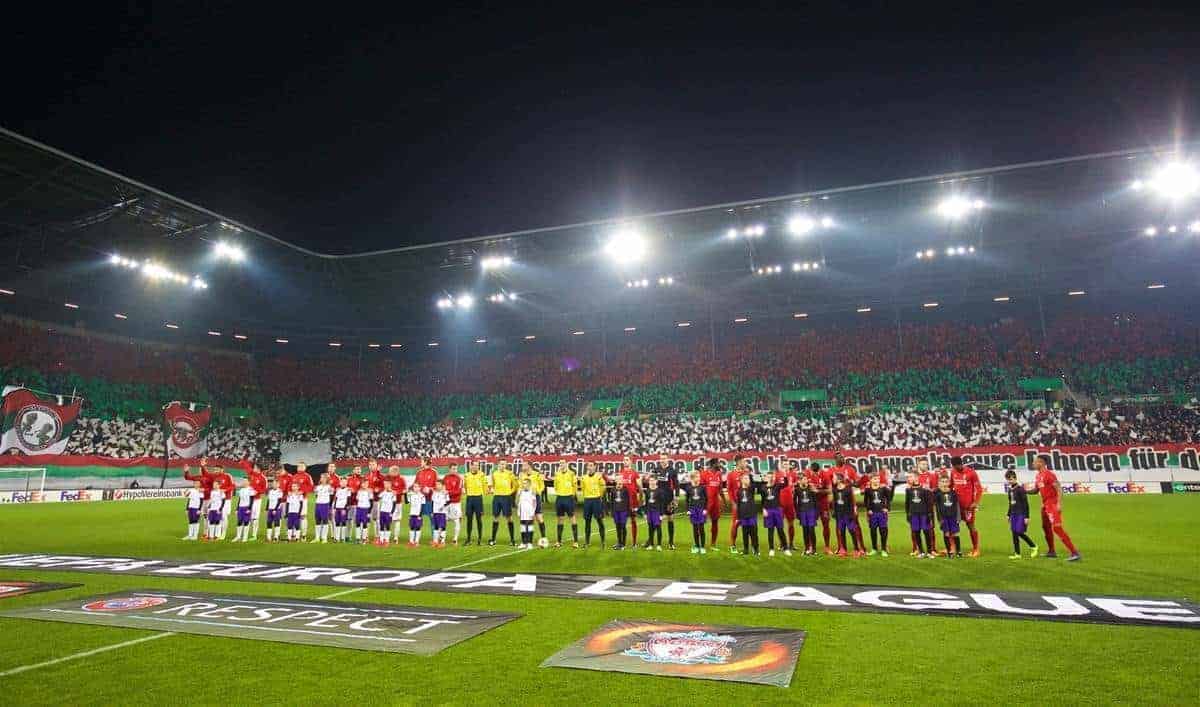 The Europa League returns on Thursday evening, with the second legs of the last-32 matches taking place. We bring you a preview of the upcoming action. Having felt like a burden at times prior to the turn of the year, the Europa League is now beginning to slowly reach its business end.

The lure of Champions League football for the competition’s winner this season is huge, and there will be many who fancy their chances to lift the trophy in May.

There are 16 ties to look forward to on Thursday evening, with Liverpool looking to book their place in the last 16.

Plenty To Play For The Bundesliga outfit showed that they will not lie down – there can be an arrogance among British fans that mid-table foreign teams should be swept aside – and will still fancy their chances of springing a surprise.

Klopp will have one eye on Sunday’s League Cup Final showdown against Man City, and it will be interesting to see how many changes he makes from the first-leg.

With the Premier League bordering on an irrelevance between now and the end of the season, reaching the last-16 is of vital importance.

Man United‘s humiliating 2-1 defeat away to FC Midtjylland was another low point for manager Louis van Gaal, but they are still strong favourites to win comfortably at Old Trafford.

The Red Devils should have enough quality on the night, and in truth, Midtjylland’s lack of potency means United should never have been in a losing position in the first place.

Tottenham, meanwhile, welcome Fiorentina to Serie A, with the tight 1-1 draw in Florence leaving the tie finely poised.

Mauricio Pochettino’s side are expected to make it through, but will Sunday’s important Premier League clash at home to Swansea City act as a distraction?

Klopp’s former club Borussia Dortmund are arguably the best side left in the competition, and they take a 2-0 lead to Porto for their return fixture.

Thomas Tuchel’s men are a formidable unit, and for all Porto’s undoubted pedigree, it seems highly unlikely that they will reverse the two-goal deficit.

Sevilla, who are looking to win the Europa League for a third year in a row, visit Molde with a 3-0 lead, while Athletic Bilbao are 1-0 up on visitors Marseille.

Serie A title hopefuls Napoli trail Villarreal 1-0 from the first-leg in Spain, while Bayer Leverkusen lead by the same scoreline ahead of their home meeting with Sporting.

This is just a taste of the action, in what promises to be a night of unpredictable European football.

The 26-year-old Gabon international is one of the world’s finest marksmen currently, and has every chance of putting Porto to the sword.

The Portuguese giants have an abundance of talent of their own, however, and none are more influential than midfield youngster Ruben Neves.

The 18-year-old’s class and all-round mentality belie his tenders years, and it is no surprise to see Liverpool have been linked with him in the past. He became the Champions League‘s youngest ever captain earlier this season.

Napoli are vying with the Juventus for the Serie A crown, and the performances of Gonzalo Higuain and Lorenzo Insigne have been a huge season for their impressive 2015/16 campaign.

Higuain has scored at an unstoppable rate, while Insigne has chipped in with 21 goals and assists combined. Both need to be at the top of their game if Napoli are to overcome their 1-0 deficit at home to Villarreal.

Another player linked with a move to Liverpool in the last few months is highly-rated Schalke and Germany forward Leroy Sane.

The 20-year-old is set for a big-money move away from his current side this summer, but could Klopp tempt him to Merseyside?

Watch him try and inspire Schalke to victory at home to Shakhtar.