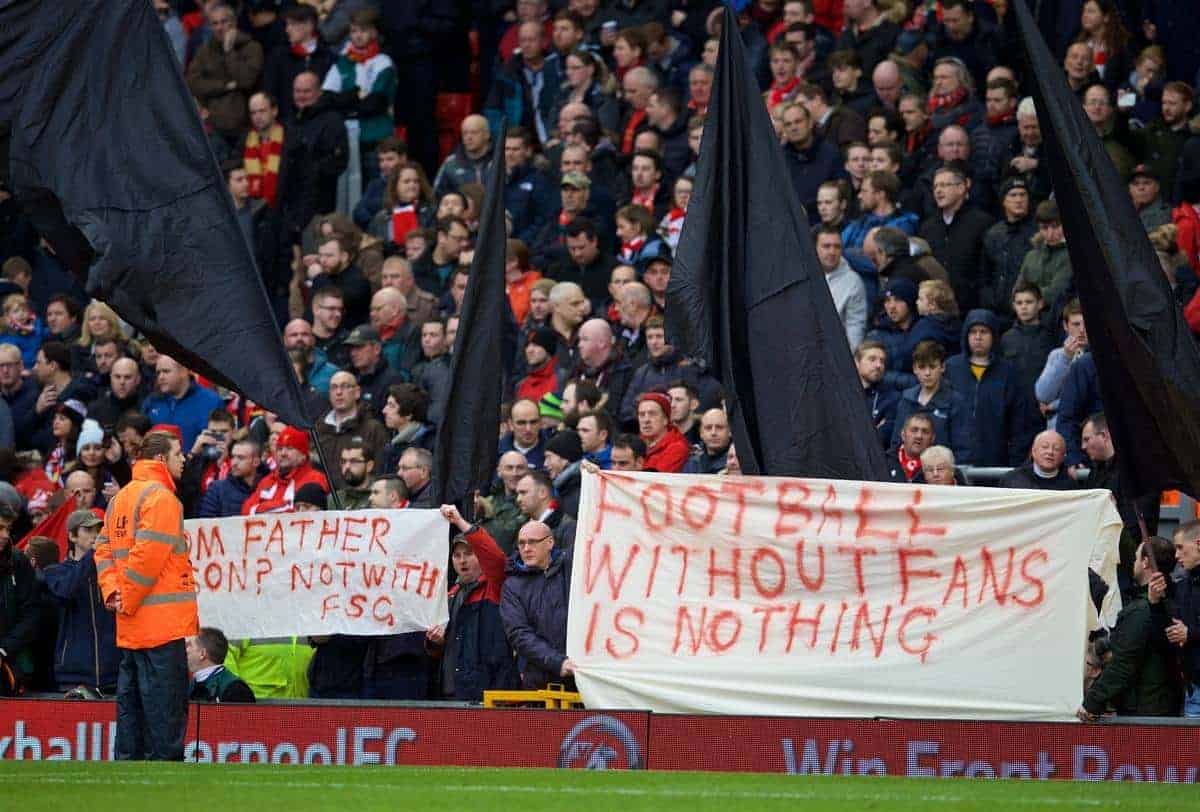 Liverpool fans’ successful walkout protest over ticket prices is a “game-changer”, according to the Football Supporters’ Federation.

Owners Fenway Sports Group performed a U-turn on controversial plans to introduce a B£77 match ticket and Anfield’s first £1,000 season ticket after an estimated 10,000 fans walked out of Saturday’s draw at home to Sunderland in protest.

The Americans have been praised for recognising there was a problem but with ticket prices an ongoing issue for Premier League clubs there are more supporters’ groups who may be considering direct action themselves.

“It is obviously a significant success for the Liverpool supporters’ groups, Spion Kop 1906 and Spirit of Shankly, who organised the protest and managed to get a huge amount of support,” FSF chairman Malcolm Clarke told Press Association Sport.

“We would congratulate them on that and recognise that the owners have listened and at least put a freeze on what they were doing.

“It is rare for the owners to do it but they have done it because of a supporter protest of that magnitude where a larger proportion of supporters walked.

“It is something I am sure both owners and other supporters’ groups would have noticed.

“In some ways it has been a bit of a game-changer but the next big milestone is to see what Premier League clubs do at their meeting next month.

“Last time they got a majority for some kind of package but it was not the two-thirds needed so we would hope in the light of the Liverpool situation they will deliver something meaningful.”

The FSF are behind a number of campaigns with the Twenty’s Plenty initiative for away fans probably the one for which they are most well-known.

And while Clarke said there would be no central edict urging fans to follow the example set at Liverpool the FSF would provide support where necessary.

“Liverpool’s protest was about home prices and our campaign is mainly focusing on away prices and the situation at each club varies,” he said.

“We would support local groups who do that (stage a walkout protest) but what we wouldn’t do is say from the centre ‘we must do this’ or ‘we should do that’ because it is a local decision as the particular position on home prices varies enormously between clubs.

“The big clubs and the London clubs are worse on this but the likes of Stoke and Watford have a decent level of pricing.

“It is for each supporters’ group to decide on their tactics and whether similar tactics would be effective.”