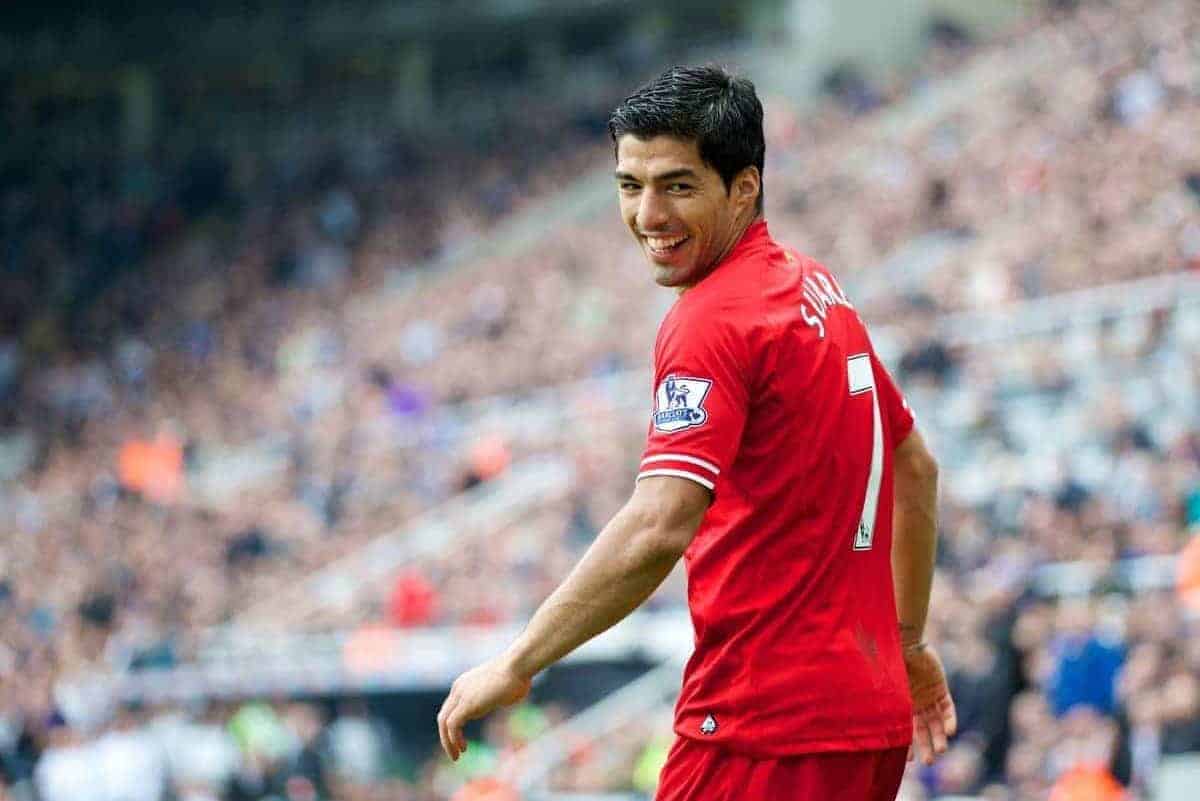 Luis Suarez has revealed he would only be interested in a Barclays Premier League return if it was with Liverpool.

The Uruguay striker left Anfield for Barcelona in the summer of 2014, months after Manchester City pipped the Reds to the Premier League title.

Since then the 29-year-old has struck up a formidable partnership alongside Lionel Messi and Neymar at the Nou Camp – winning the Primera Division, the Copa del Rey and the Champions League in his first season in Spain.

Suarez was idolised by the red half of Merseyside during his three-and-a-half-year stint and, although he intends to stay in Catalonia for the foreseeable future, the former Ajax forward has not ruled out a return.

He told former teammate Jamie Carragher in an interview for the Daily Mail: “I’d prefer to stay here for many more years. I know it doesn’t always turn out that way. But if I had to return to the Premier League, I would only go to Liverpool.

“I wouldn’t go to another team. It wouldn’t be a move for money. I’d also love to play again for Ajax as they allowed me to develop as a player in Europe.”

Barcelona are currently three points clear of Atletico Madrid at the top of the Primera Division, with a game in hand, and on course for another trophy-laden season.

Yet with the Premier League title race the most unpredictable in recent memory, with shock leaders Leicester currently five points clear, Suarez admits there are certain aspects of the English game which he misses.

“In the Premier League you never really know what is going to happen,” he said. “There is very little between the teams.

“Here, three or four teams aside, there is a difference with the smaller teams.

“I don’t mean this to sound disrespectful but there are some games where you look at the press and they are asking: ‘Let’s see how many goals Barcelona are going to score today?’ In the Premier League, you never know what is going to happen and that is something I miss.”