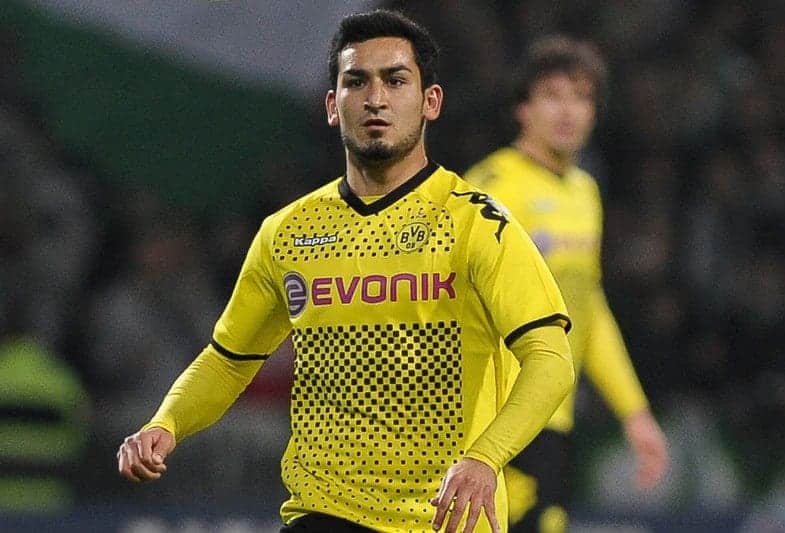 Ilkay Gundogan is believed to have told Borussia Dortmund that he does not intend to extend his contract, with Liverpool among the clubs interested in signing the midfielder.

Gundogan has been regularly linked with a move to Liverpool since Jurgen Klopp‘s appointment as manager, and the Germany international could be set for a reunion with his former mentor.

That is according to German publication Bild, who are said to report that Gundogan has told Dortmund that he won’t sign a new contract.

Gundogan’s current deal expires at the end of next season, and Dortmund could look to sell the midfielder this summer as a result.

Liverpool are rumoured to be among the clubs vying for his signature, along with European giants Juventus and Real Madrid.

The 25-year-old would not be short of possible destinations if he does leave Dortmund, as he is one of the most highly regarded midfielders in European football.

“Ilkay is willing to learn and is very smart. He also brings a great attitude. Ilkay has a great passing game, is a complete player, and fits perfectly into our footballing system,” Klopp said on Gundogan’s arrival in Dortmund.

Having joined Klopp’s side from Nurnberg in 2011, the former Schalke youth player quickly developed into a devastating box-to-box midfielder.

Playing a major role in BVB’s Bundesliga success in 2011/12, Gundogan also helped his side to the Champions League final in the following campaign.

Just as he fit “perfectly” in Klopp’s system at Dortmund, he would be the ideal signing for the 48-year-old at Liverpool.

His energy, creativity and title-winning experience would complement the industrious Emre Can and Jordan Henderson hugely, and his ability to drive from box to box would see him thrive in the Premier League.

He is an invaluable talent, as Dortmund manager Thomas Tuchel indicated when discussing his contract situation earlier this month.

“The importance of Iklay is undisputed—I would like to tell you that he has extended until 2026,” he said.

“Unfortunately that is not the case, but we are in talks. We have a good chance.

“The interest in Gundogan is great, which is why talks are not very easy.”

With interest in Gundogan rife, Klopp would face a major challenge in convincing Gundogan to swap title challenges and the Champions League for a top-four push.

But with the German stressing his belief that this should not be a deterrent for his summer targets, he may be confident of a reunion with Gundogan—be that this year or the next.