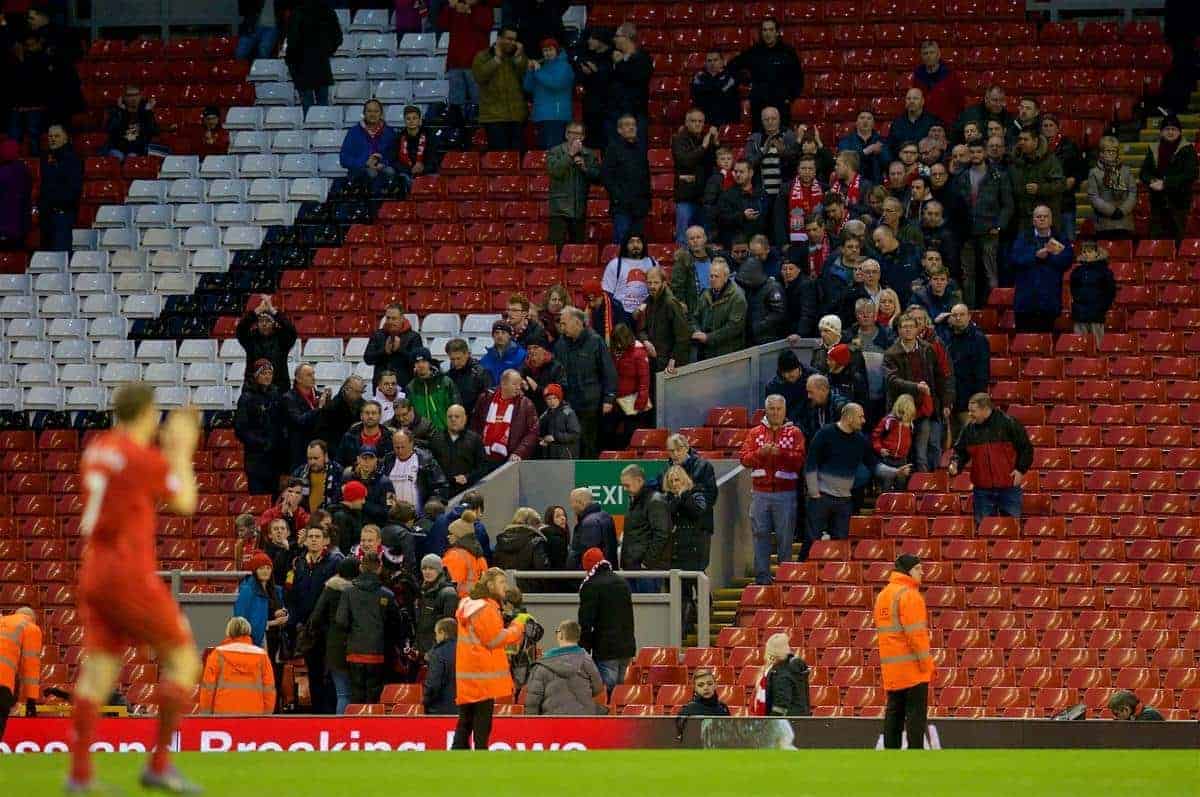 Liverpool fans were well within their rights to stage a ticket price walkout and it did not cause the team to throw away a 2-0 lead against Sunderland, according to first-team coach Pepijn Ljinders

Second-half goals from Roberto Firmino and Adam Lallana appeared to have put the home side in control but, after thousands of supporters’ left their seats in the 77th minute in protest over the rising cost of attending matches, Sunderland struck back with goals from Adam Johnson and Jermain Defoe.

“We have one of the best supporters groups in the world so if they want to make a statement, they have the right to,” said Ljinders, standing in on post-match media duties after manager Jurgen Klopp missed the match after being taken to hospital earlier in the day to have an appendix operation.

“It changed the atmosphere in the stadium, but not our mentality.

“We have a group who are young with loads of quality and potential.

“It is up to us to create a style that gets further and further and, over time, you realise winning is a logical result of development.

“For 82 minutes we played really well. We were good to be honest. We dominated the game, could always find a free player and create spaces between the lines, but in the last 10 minutes we started walking back.

“It is always a collective problem, we drop off too much. The players did excellent, but they know the circumstances.

“We felt we were in control, then one moment changes everything, but there were still eight or 10 minutes where you have to be calm.”