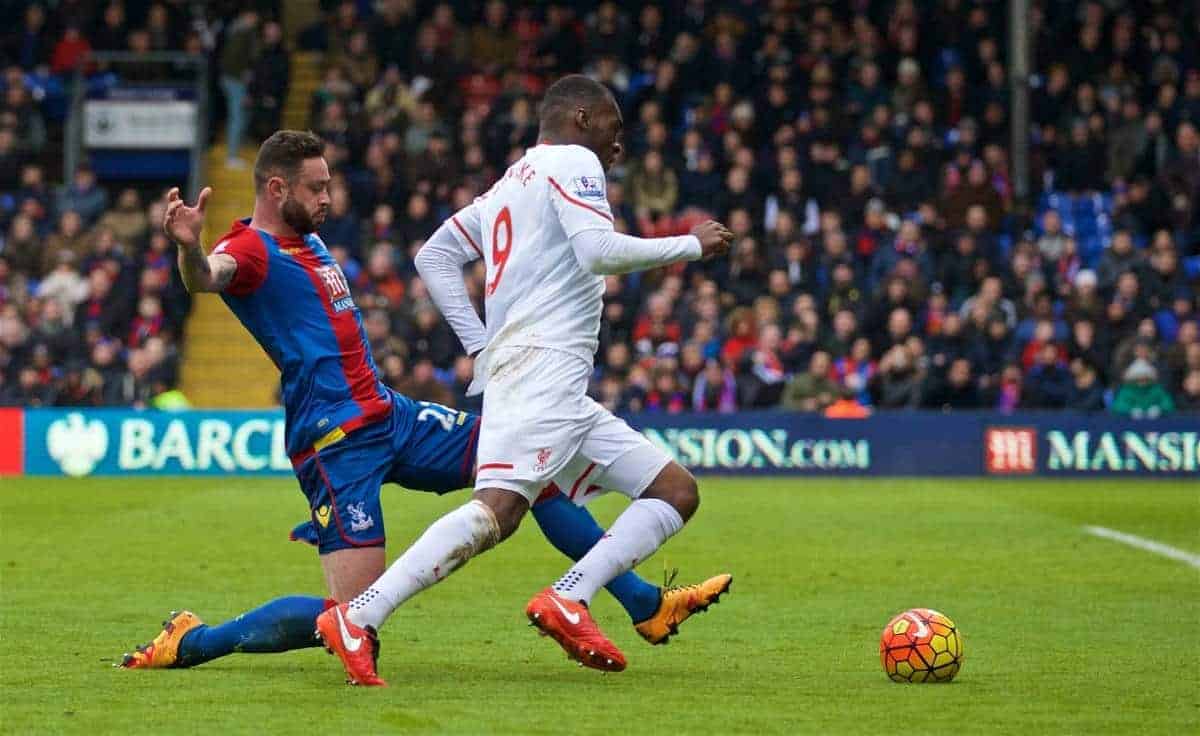 Alan Pardew criticised Christian Benteke in the belief the striker dived to earn the penalty that secured Liverpool’s 10 men a 2-1 win over Crystal Palace at Selhurst Park. Benteke went to ground, with the ball going out of play, after minimal contact with Palace’s Damien Delaney in the sixth minute of second half stoppage time to earn the penalty from which he calmly scored Liverpool’s winning goal.

After referee Andre Marriner hesitated when substitute Benteke fell, linesman Scott Ledger waved for a penalty, and effectively sealed Liverpool’s recovery from a goal and a man down to strengthen their pursuit of a top-four finish and extend Palace’s winless run to 12 Premier League games.

“That touch doesn’t warrant the dive he makes, and it’s the dive that makes the linesman’s mind up. It’s a worrying issue in the game,” said Pardew.

“I’ve heard (Sky Sports pundit and former Liverpool defender) Jamie Carragher saying there was contact and he was within his rights to go down. Jamie Carragher is saying that? He’s an ex pro. Come on.

“Both of them (Benteke and the referee): really frustrated with that. You try to be fair, to say the right thing to your players, and send out the right message to the players.

“Everyone’s seen the penalty. If you’re the referee and see the centre-half pulling out of the challenge, you don’t give the penalty. And I don’t think he did.

“The linesman assumes that little touch is a penalty. He makes the most of it. If you think that touch affects the fall and the way he lands, then you really need to be consulted.

“That touch doesn’t warrant that dive. If that touch warrants a collapse like that, then wow, we really need to say: ‘Come on’.”

Palace, who remain 15th in the table, are the only team yet to win in the Premier League in 2016 but looked set to do so after Joe Ledley’s powerful 48th-minute finish had given them the lead and a second yellow card resulted in James Milner‘s sending off.

Their goalkeeper Alex McCarthy, surprisingly selected ahead of Julian Speroni in the absence of injured Wayne Hennessey, inexplicably slipped during a routine clearance to gift possession to Roberto Firmino.

The Brazilian scored Liverpool’s equalising goal and from there Pardew’s team struggled. Liverpool had disappointed until Firmino’s goal, and the second half involvement of Philippe Coutinho and Benteke gave them greater belief.

Anything but victory would likely have left them with too much to do to finish in the Premier League‘s top four, but in seventh place and six points off fourth they remain in contention and their manager Jurgen Klopp said: “You saw (the penalty incident)? I’m sure. If you run and you get this touch, you fall down.

“Try it. Both things. With the knee and with the foot. In my opinion, there was more than enough of a touch.

“We did well. We needed a bit of luck, of course. We deserved the luck at 1-1, forcing this mistake and using it to score our goal.

“To be honest, nobody really thought especially that we would try and make another goal, but the ball went into the box, it was a challenge, it was a foul, it was a penalty… Christian took the chance for us.

“We played with more focus (with 10 men). We started well, but we didn’t have a shot at goal. It was not bad, but not good enough.

“Usually the plan was to play with more direction in the second half, but then we conceded the goal and the red card. Then we had nothing to lose. When you’re 1-0 down, you have to be greedy.”