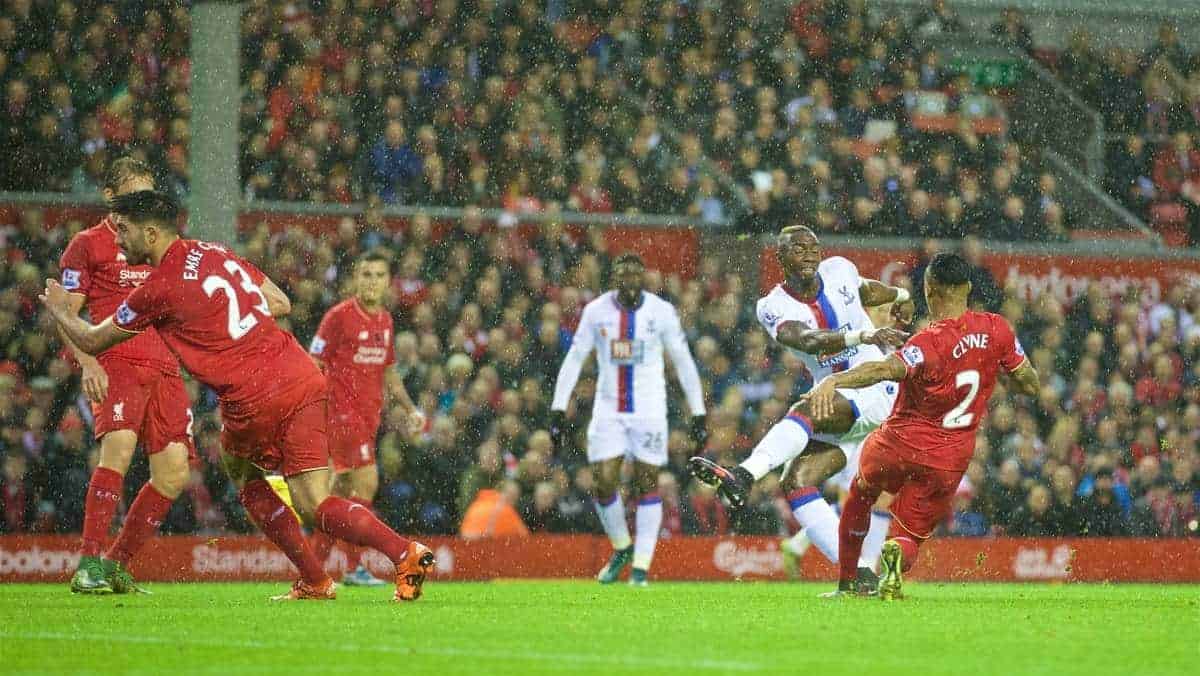 In-form Crystal Palace striker Connor Wickham could miss the Premier League visit of Liverpool owing to a thigh injury he suffered at Sunderland. The 22-year-old has scored braces in each of Palace’s past two games to rediscover the form and confidence that tempted manager Alan Pardew to pay an initial £7million to sign him from Sunderland last summer.

However, his chances of extending that goalscoring run against Liverpool are in the air, with the England Under-21 international facing a late fitness test ahead of the fixture at Selhurst Park, along with Palace goalkeeper Wayne Hennessey.

“Connor has done terrific, unfortunately he has got a knock and we will have a scan,” Pardew said.

“We thought it might just be a bang but it could be more serious than that, he is probably touch and go for Sunday.

“This is the type of situation we’ve got to address next year, where he can play week-in, week-out. If he misses this Sunday, it is a blow to us but for his part, he has been terrific. It looks good going forward; he is only 22.

“Wayne Hennessey is also struggling and that’s something we’ll look at at the 11th hour again. (Left-back Pape) Souare coming back (after suspension) is a boost for us, the balance he gives us down left side is important and he will start.”

Souare’s return could mean former Liverpool defender Martin Kelly is sacrificed, but one player Pardew will certainly start is Wilfried Zaha, who the manager insisted will not be transferred to China regardless of speculation suggesting otherwise.

“(We will) fight tooth and nail to hold on to all our good players,” he said.

“We want to build this club, it’s an important year and (will be) the first time we’ve done three years in a row in the Premier League.

“We want to get across that hurdle and then build again with our best players. As a career move, China for Zaha makes no sense, I can’t see him being interested in that. He’s picked up this year, been our best player in this period, the games of the last two months.”

Striker Christian Benteke may currently be a bit-part player for Liverpool but manager Jurgen Klopp believes he has seen a change for the good in the Belgium international. The £32.5million summer signing is third-choice behind Daniel Sturridge and compatriot Divock Origi and the 20-minute substitute appearance he got against Manchester City in midweek – when the match was already won – was his first action in four games.

Benteke has not started a Premier League match since December 30 – the date of his last goal – and he has now been caught as the club’s top scorer this season by Philippe Coutinho, Roberto Firmino and James Milner.

The fact the big striker was leading the way on just seven goals tells you all you need to know about his first season at Anfield, in which he has struggled to get to grips with Klopp’s concepts and at times has looked like a man who does not know where or when to run when actually on the pitch.

However, when he came off the bench on Wednesday Klopp said he noticed an improvement in the striker’s game, although whether that will be enough to save him from the player cull which is surely coming at the end of the season remains in doubt.

“If you saw him in the last game he came on and was completely different to the games he had before,” said the Reds boss ahead of the trip to Palace.

“The problem is in a club like Liverpool with the strikers we have – (Daniel) Sturridge, Benteke, (Divock) Origi, (Danny) Ings – injured but here – and (Roberto) Firmino – you have not too much time to show what you are able to so you need to use the time you have got.

“Christian was not in the best moment in this situation and Sturridge and Divock came back and now they are little bit ahead but when I saw Christian coming on in the last game he played really good.

Even when primary striker Sturridge was rested against City it was Origi who was handed the role of spearhead. The 20-year-old is still raw but his running in behind the defence and Klopp added: “Divock can improve every part of his game.

“He is smart enough to go behind the line, use his speed and is technically good enough to play with us and be an option and that is a really good situation.”

Sturridge will return to the team on Sunday so both Origi and Benteke will have to settle for a place on the bench.