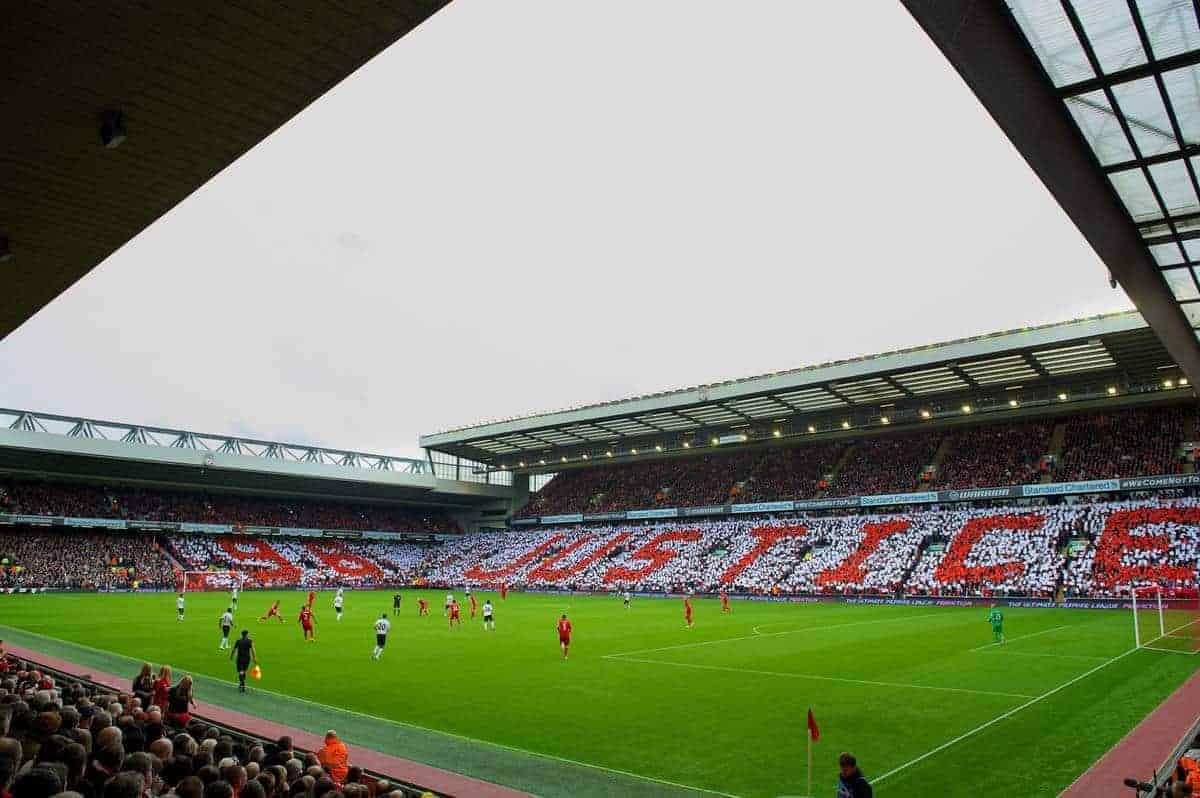 Manchester United have condemned the supporters who chanted about the Hillsborough disaster during Thursday’s Europa League clash with Liverpool.

The first European meeting of the north-west giants was an intense occasion, with Jurgen Klopp‘s men triumphing 2-0 at Anfield in the first leg of the last-16 tie.

However, unsavoury chants emanated from the away end throughout the match, with sections of the travelling support heard singing about the Hillsborough disaster on several occasions.

A crush during the 1989 FA Cup semi-final between Liverpool and Nottingham Forest, which saw 96 people killed, was the subject of chants referencing media coverage at the time.

A statement from Manchester United in the wake of Thursday’s events read: “It has always been the position of Manchester United that chants of this nature, which refer to historical tragedies, have no place in the game and do not reflect the values the club holds.

“We are in discussion with our fans’ groups to seek their support in preventing this type of behaviour in the future.”

Chants from the away end were also reported to have focused on the Heysel disaster, when 39 fans died before the 1985 European Cup final between Juventus and Liverpool.

This is not the first time that vile chants have been heard during this fixture, with some Liverpool supporters having previously sung about the Munich air disaster that claimed 23 lives as United flew back from a European fixture in 1958.

Merseyside Police have yet to receive any complaints about Thursday’s incident, but Match Commander Chief Superintendent Jon Ward has pledged to take action if that changes.

“We have received no complaints relating to chanting by supporters at (Thursday) night’s match but are aware of media coverage,” Chief Supt Ward said.

“Merseyside Police take all reports seriously and where offences are identified, we would investigate such complaints thoroughly.

“The vast majority of fans behaved impeccably and enjoyed the occasion for what it was – a highly competitive football match between two passionate clubs and their supporters.

“A great deal of work went into planning for the match involving the clubs, the police and most importantly the fans.

“The safety of all fans attending Anfield on match day will always be our absolute priority but we can only achieve this through the professionalism of the people who work at the event and through the co-operation of the fans themselves.”

“There were people in the crowd who lost loved ones at Hillsborough and that’s really hard to take,” the former Republic of Ireland midfielder told BBC Radio 5 live.

“It’s something we don’t want to hear. It’s happened in the past with Liverpool fans to Manchester United with what happened at Munich. It’s uncalled for.”

Houghton added: “When you lower yourself to that level (of those fans), it’s quite remarkable.

“When you stoop as low as they did (on Thursday) night, for me, it’s dreadful.”

UEFA had no updates on potential action regarding the incident when contacted by Press Association Sport on Friday.

The second leg of the Europa League last-16 tie between United and Liverpool takes place at Old Trafford on March 17.