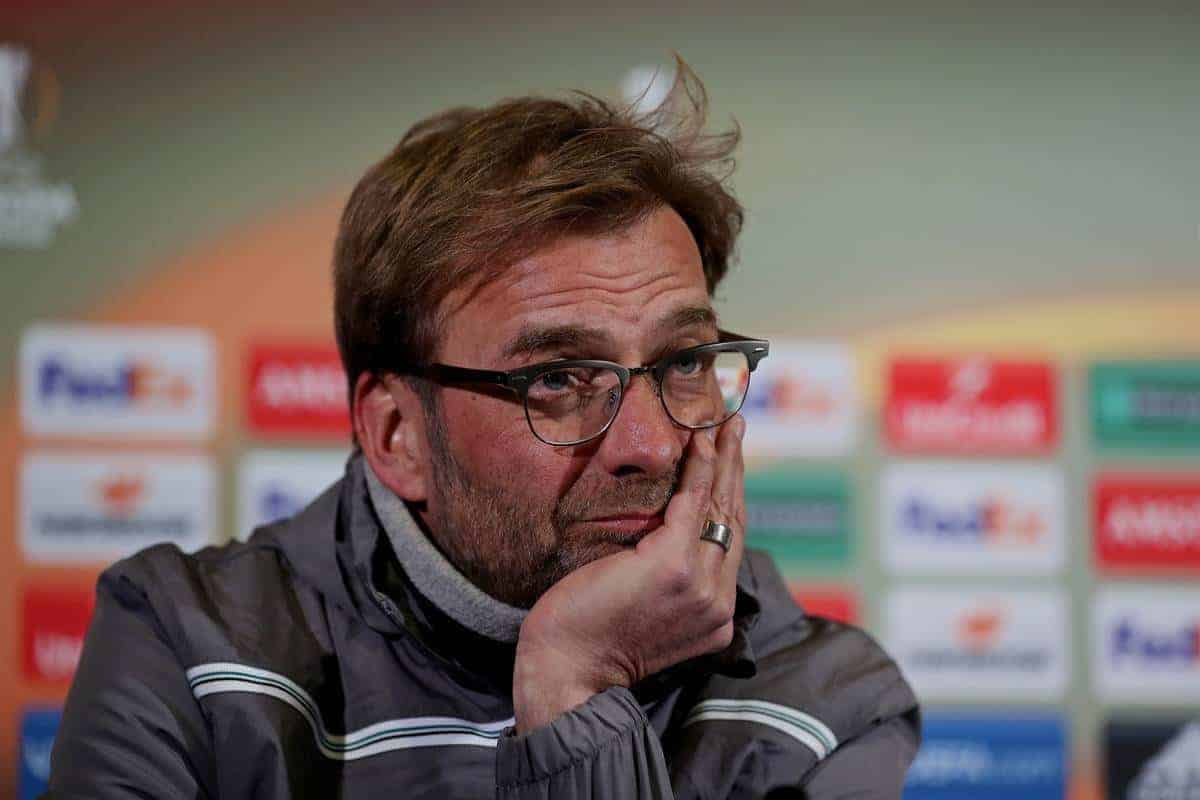 The Reds take a 2-0 lead into the second leg of their Europa League last-16 tie having comprehensively out-played their opponents at Anfield last week.

In the league meeting on Merseyside in January – Klopp's first encounter with their arch-rivals – Liverpool had the upper hand but lost to a solitary goal from Wayne Rooney.

The German is confident he has worked out Louis van Gaal's team.

"I am an optimistic guy. Before a game I have always have the best feelings – the problem is I have lost a few games afterwards," said Klopp, who is seeking to become the first Liverpool manager since George Kay in 1936 to win on his maiden appearance at Old Trafford.

"This is the third time we play against Manchester United (in his reign) and we were always in the games so that is an important sign for us.

"The world doesn't change overnight but it is absolutely clear there is a chance for Manchester United.

"We know that we know how to play them. It doesn't mean it will be easy for us.

"We have to work really hard and be really concentrated, brave and aggressive – in a legal way. We will be prepared."

Klopp's side are favourites to progress to the quarter-finals but he admits they will not get there without following the plan – and that means 100 per cent effort.

"We have learned in the last few weeks that our style in this moment is intensive football," he added.

"When you see the number of kilometres run it is not more than before it is only better in the right moments.

"That is good for us but we have to do it again. It is not a problem.

"You have to state your plan, bring it through. You can make mistakes but if you do so many things in the right way no one remembers your faults.

"We made our position a little bit better (in the first leg).