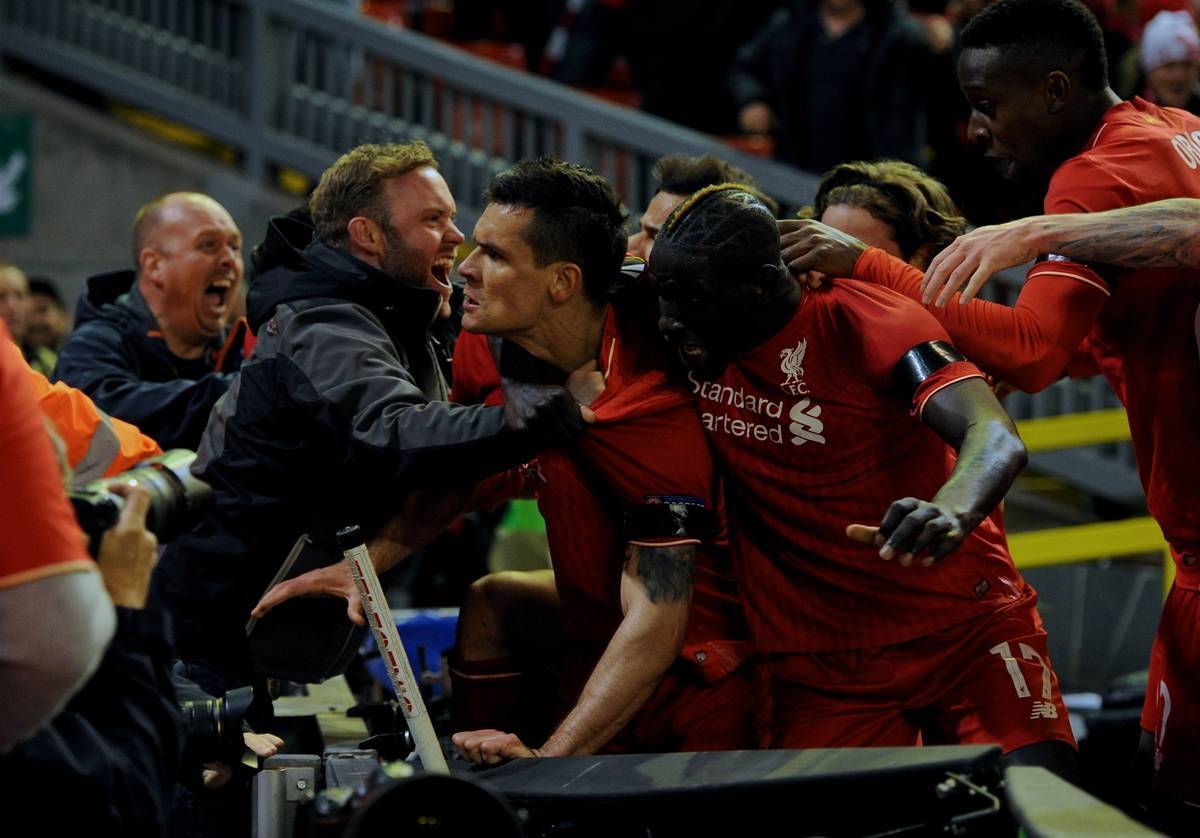 Liverpool clawed back from 3-1 down to beat Borussia Dortmund 4-3 at Anfield on Thursday night, securing progress to the Europa League semi-finals.

Taking a slim away-goal advantage back to Anfield for the second leg of their Europa League quarter-final clash with Dortmund, Liverpool made it difficult for themselves as they sealed an emphatic 4-3 win over the Bundesliga giants.

Goals from Henrikh Mkhitaryan and Pierre-Emerick Aubameyang gave Dortmund a 3-1 win on aggregate, with the Reds heading into half-time deflated.

Divock Origi struck soon after the interval, but this was cancelled out by a Marco Reus finish minutes later.

But as the Kop roared the Reds on, Jurgen Klopp‘s side kept their heads up and pushed for victory. After a tactical switch from Klopp, Philippe Coutinho played a quick one-two on the edge of the area before firing low beyond Roman Weidenfeller, lifting his side once again.

At 3-2 down, Liverpool threw bodies forward, but the equaliser on the night came from an unlikely source. With Coutinho floating a corner towards the near post, the ball bounced into the path of Mamadou Sakho, who duly turn it into the back of the net.

Smelling fear, Liverpool continued to push, and it was Sakho’s centre-back partner, Dejan Lovren who was on hand to give the Reds an unlikely winner—sending Anfield into raptures. Lovren rose highest to power James Milner‘s cross past Weidenfeller, and with only two minutes to hold on, Liverpool had sealed the most sensational of European comebacks. Merseyside is left to lap up an incredible night of Europa League football, as Klopp looks towards the semi-finals, pushing for May’s final at Basel’s St. Jakob-Park.