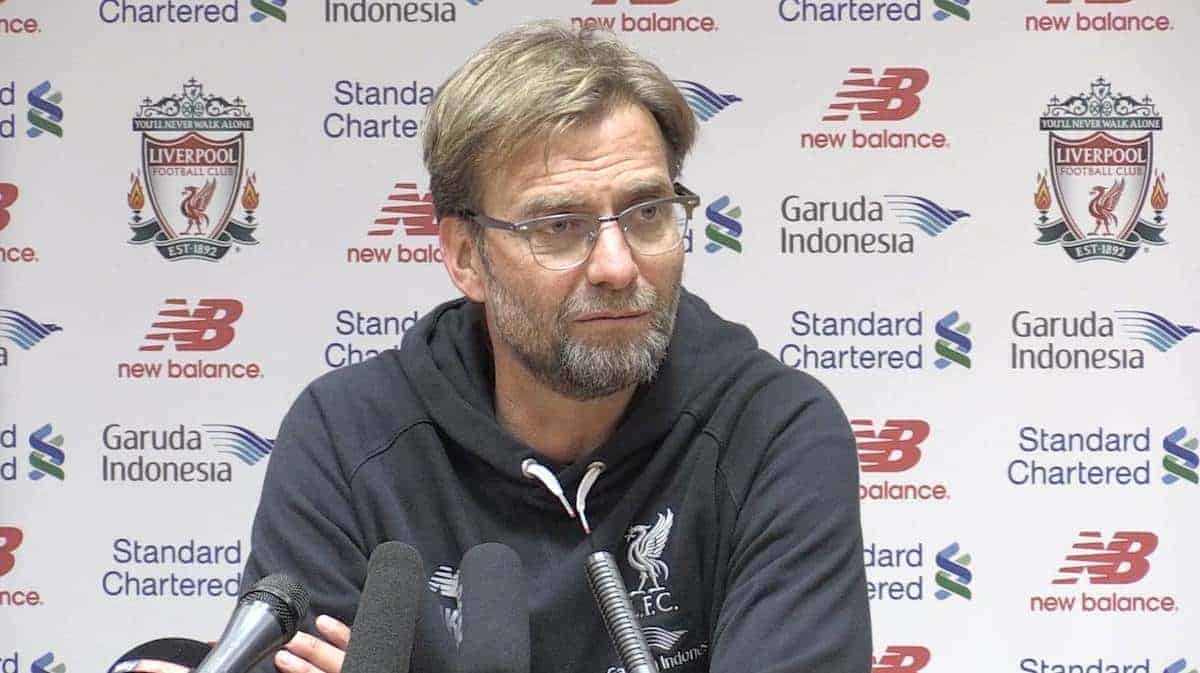 Klopp fielded questions on his decision to make seven changes to the side – giving Sheyi Ojo and Kevin Stewart their first league starts – plus the form of Divock Origi and Joe Allen.

It was an all around ideal day for Klopp, who praised Allen and also striker Daniel Sturridge for his work rate and effectiveness up front.