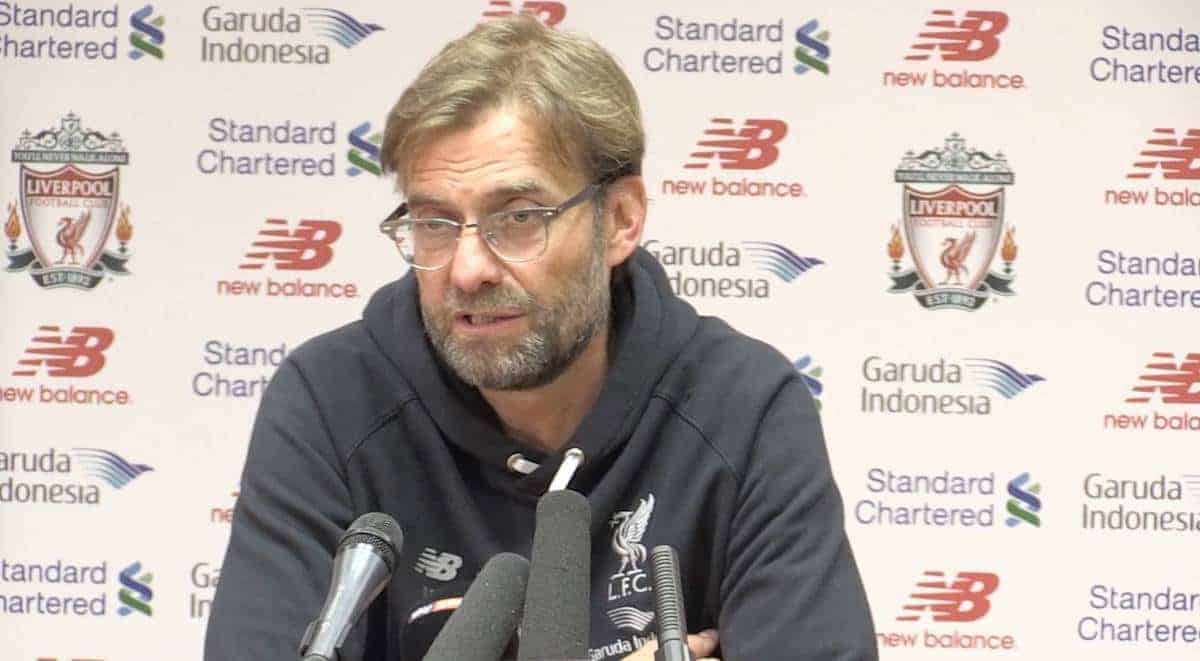 Watch Jurgen Klopp address the media after his side threw away a two-goal lead to draw 2-2 with Newcastle.

Klopp was unable to discuss the Mamadou Sakho situation, but did say he hadn’t spoken to the centre-back since finding out about the failed drugs test yesterday.

On the match, Klopp said he felt the Reds were the better side in both halves, but lamented the two shots on goal equalling two goals for the visitors.