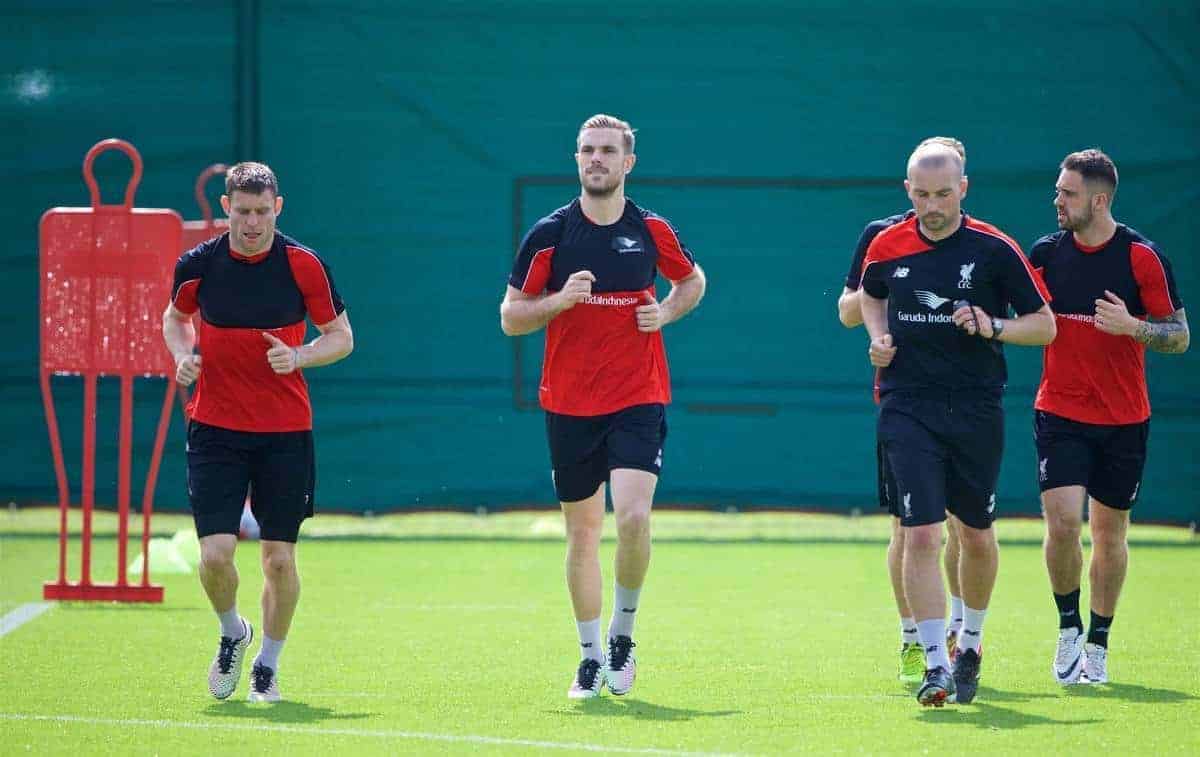 The midfielder was initially feared to have suffered a season-ending knee injury during the Reds’ 1-1 draw with Borussia Dortmund in the quarter-finals of the Europa League.

But committing himself to making a swift recovery, with a view to featuring in next week’s Europa League final against Sevilla, Henderson has now returned to full training.

The 25-year-old joined Jurgen Klopp‘s squad on Friday afternoon, as they prepared for Sunday’s trip to take on West Bromwich Albion.

Henderson is unlikely to start at the Hawthorns, but could perhaps be named among the subs.

Speaking to reporters on Friday afternoon, previewing the clashes with West Brom and Sevilla, Klopp confirmed that Henderson was in a “good way,” along with Divock Origi and Danny Ings.

“Three players might come back, we have to see. I haven’t made final decisions,” he explained.

“We have to see if Danny Ings, in the circumstances, is ready for West Brom.

“Divock and Hendo—Hendo did a little bit more but they are both in a good way.

“We have to see what happens in the next days.

“In the end, it’s not my decision. I am used to taking what I get, in this situation especially.

“We have to wait but they are pretty close; if the final was one week later, now we [would] talk. It will be close. We have to wait.” Despite Klopp’s trepidation, Henderson now has six days to prove his fitness for Wednesday night’s final at St. Jakob-Park.

The prospect of fielding the captain alongside the likes of James Milner and Emre Can will be an attractive one for Klopp as he pushes for European glory, and if Origi is able to supplement Liverpool’s attack, this would be another positive move.

Ings, however, who is ineligible for the final after being left out of Klopp’s Europa League squad, must make do with a possible appearance at West Brom.

Nevertheless, that in itself would mark another big step in the striker’s recovery, as like Henderson, he has battled against the odds to fight against a troublesome knee injury.