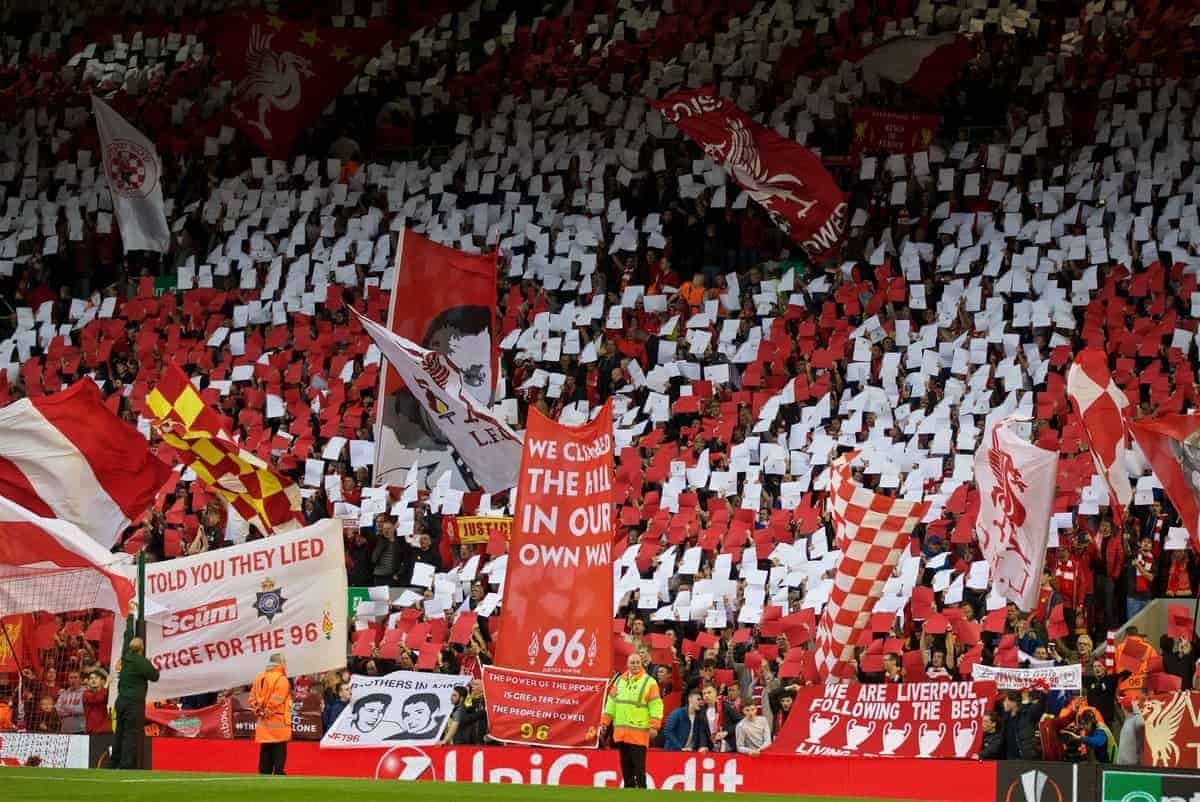 From making a sea of red to welcome the team to a powerful You’ll Never Walk Alone, Liverpool’s 3-0 victory over Villarreal was another special night at Anfield.

Supporters brought their flags and banners to greet the Liverpool team bus as it pulled towards the stadium down Anfield Road, before a buzzing Anfield set the scene to a ferocious and pulsating game.

A seventh minute own goal from Bruno Soriano and second-half strikes by Daniel Sturridge and Adam Lallana guided the Reds to the Europa League final, beating the Spaniards 3-1 on aggregate.

Liverpool will play Sevilla in the final in Basel on Wednesday, 18th May 2016.