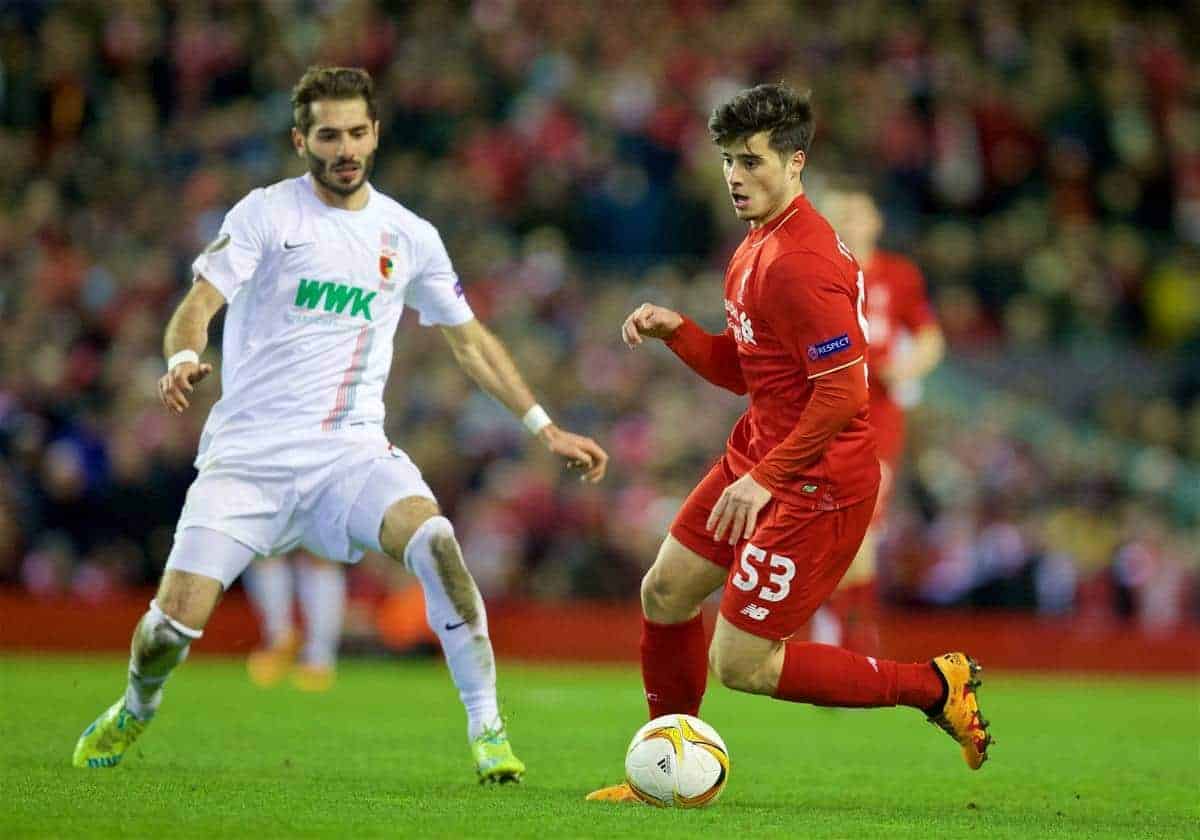 Liverpool midfielder Joao Carlos Teixeira has confirmed he is joining Porto this summer, in a move he describes as a “dream”.

The 23-year-old has struggled for first-team opportunities at Anfield, managing a total of just seven appearances in 2015/16.

With the likes of Philippe Coutinho, Roberto Firmino and Adam Lallana very much ahead of him in the pecking order, and other signings likely this summer, a move elsewhere makes perfect sense.

Teixeira was out of contract this summer and he says returning to his homeland was something that was key in his decision-making.

“I am from the north [of Portugal] and to wear blue and white has always been a dream for me,” Teixeira said.

“Now I can work at my club in my region and my country.

“I had other offers but do not want anything other than to wear blue and white.”

Teixeira joined Liverpool in 2012, having shone for Sporting Lisbon’s youth team against the Reds, but he never managed to become a regular part of the squad.

The Portuguese had loan spells at both Brentford and Brighton, and made his Liverpool debut in February 2014, in a late 3-2 win at Fulham.

His first start for the Reds was against Bournemouth in the League Cup early last season, and he scored his only goal for the club in the 3-0 win over Exeter City, in the FA Cup third round replay.

Liverpool will receive just £250,000 compensation due to Teixeira moving to a club outside of England. The Reds paid an initial £830,000 for him four years ago.