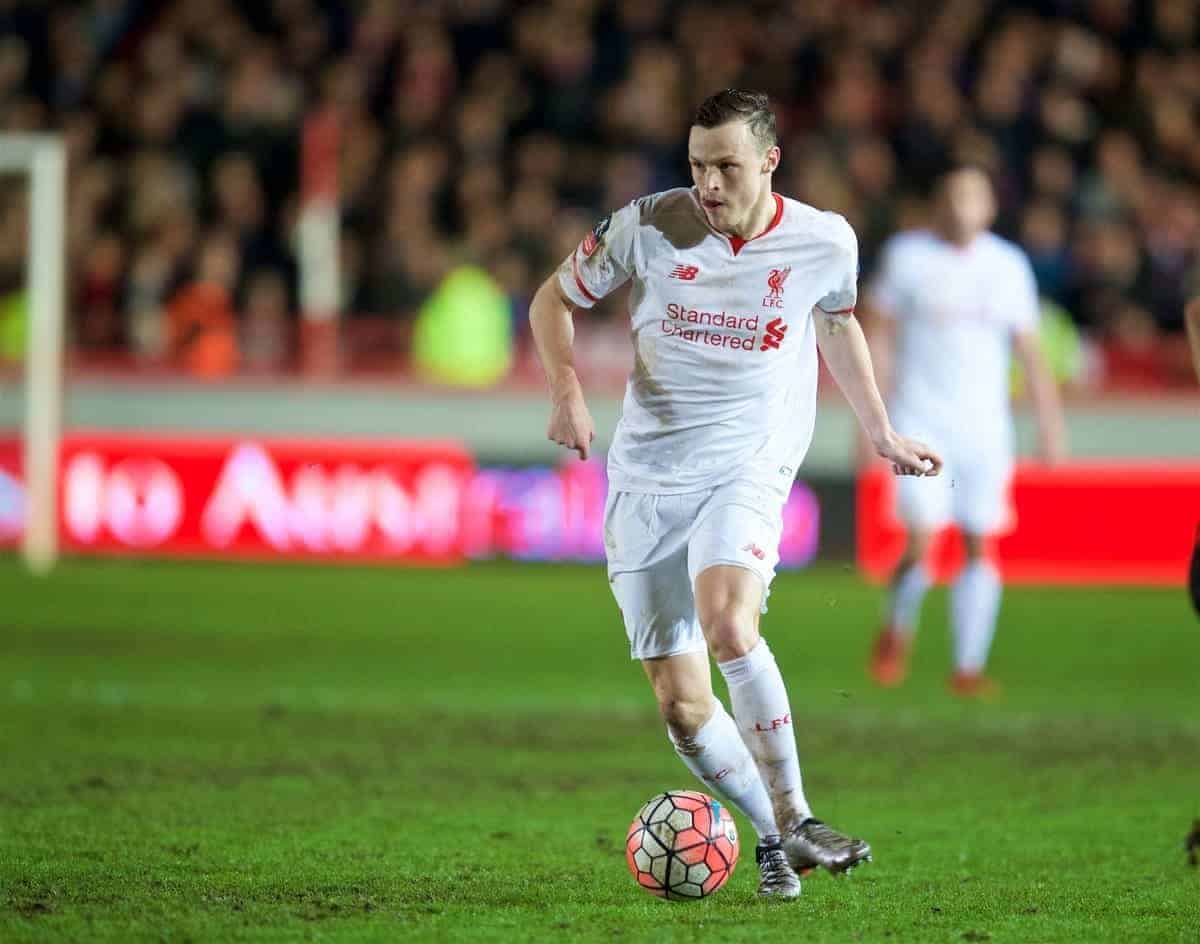 Brad Smith has completed his £6 million move to Bournemouth, and is hoping to secure regular first-team football.

The 22-year-old joins the Cherries on a long-term contract, becoming the 14th high-profile departure from Merseyside in a busy summer for the Reds.

Smith made 10 appearances under Jurgen Klopp in 2015/16, and was poised to play backup to first-choice left-back Alberto Moreno this season.

But joining an ambitious Bournemouth side with a view to competing with Charlie Daniels, Tyrone Mings and fellow summer signing Nathan Ake for a starting berth in Eddie Howe’s defence.

Smith’s ability to deputise in a more attacking role will also lend him further opportunities, and speaking on his switch to Dean Court, he identified the prospect of regular game time as a factor behind his surprise transfer.

“I’m really looking forward to the opportunity here,” he said.

“It all happened quite quickly. I knew there was a bit of interest and then they put the bid in, Liverpool accepted and we went from there really.

“I flew to America [with Liverpool] and was there for about five days.

“Once I found out that the bid had been accepted, I stopped training with the team to make sure everything went the right way.

“It’s a great stadium here and it’s a great opportunity for me to come and play in front of the fans.

“Hopefully I’ll do well, learn a lot and progress in my career.”

Eddie Howe led his side to a 16th-placed finish in their first term in the English top flight, and the 38-year-old is looking to build on this in the coming season.

Smith is Bournemouth‘s sixth signing of the summer, joining Ake and his former Reds team-mate Jordon Ibe as new arrivals on the south coast.

The Australia international explained how he was familiar with both, and that he was looking forward to linking up with Ibe in particular, aiming for an improvement on the Cherries’ previous campaign.

“Bournemouth did really well last season and I think the club can be a great team in the Premier League for many years to come. They’re just getting started really.

“I think it’ll be a good fit for me and I can’t wait to get going here.

“I know Jordon well. We played together in under-18s, under-21s and then obliviously were promoted to the first team.

“We’ve played many years together and it’ll be good to play together again.

“I also know [Adam] Federici quite well as we’ve played a few times together for Australia.

“I know Nathan Ake too from a Scholar of the Year tournament a few years ago—it’ll be good to catch up with all the lads.”

For Liverpool, the search for a new left-back continues, with previously reported targets Ben Chilwell and Jetro Willems both off the table as Klopp leads his side through their US tour.

The Reds negotiated a buy-back clause ahead of Smith’s move to Bournemouth, and can bring the youngster back to Anfield for a set fee in the next two years.