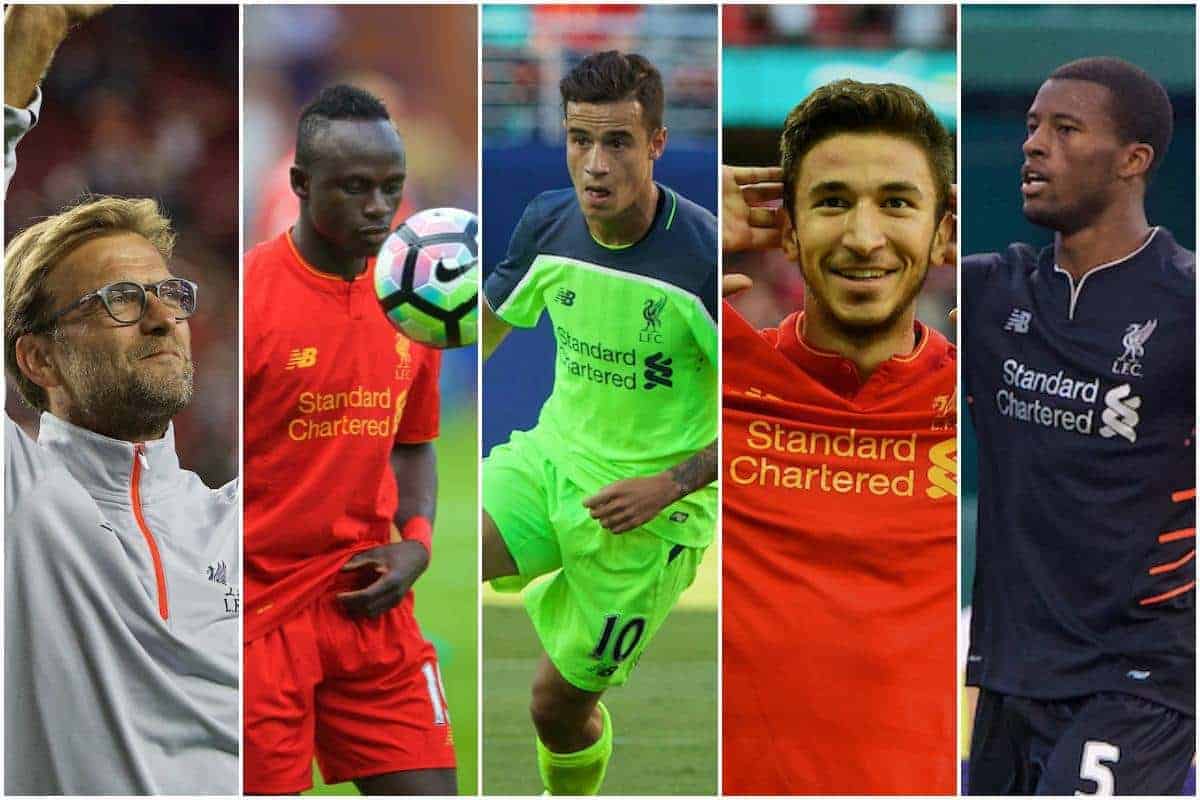 Liverpool FC kick off the new Premier League season at Arsenal on Sunday afternoon and ahead of the big kick-off we asked our writers how they predict the season to play out.

The manager has strengthened the Reds’ squad in goal, at centre-back, in midfield, and added pace in attack.

Optimism is high ahead of Klopp’s first full campaign at Anfield, but the additions of Jose Mourinho at Old Trafford, Antonio Conte at Stamford Bridge, and Pep Guardiola at Eastlands means that a top four finish won’t come easy.

We asked the This Is Anfield writers for their LFC-specific predictions ahead of the new season.

Predicted finish: 4th. The absence of European football, Jurgen Klopp having had seven months to work with the team alongside a full pre-season, and a relatively decent transfer window should ensure Liverpool are strong enough to secure that final Champions League qualifying place.

Top Goalscorer: Daniel Sturridge. If – and sadly it already looks like being a big ‘if’ – Sturridge can maintain a decent level of fitness, than I have no doubt he can score 20+ goals next season.

Player of the Year: Emre Can. The Germany international developed into a vital part of Liverpool’s midfield last season and I expect him to push on this campaign.

Best New Signing: Sadio Mane. Overpriced but that doesn’t mean the 24-year-old isn’t a talented player. His pre-season form has been encouraging and he already looks an excellent fit for this team.

Flop of the Season: Mario Balotelli. On the basis he doesn’t get a move away, the Italian striker will be like a new signing – the sort no club wants. Shit player and, in my opinion, the shittest buy in Liverpool’s history.

This season I’d be happy with 4th. Boring I know, but Liverpool need to get back into the Champions League as quickly as possible. A cup win would be nice, too.

Flop of the Season: Danny Ings

This season I’d be happy with fighting for top four and winning a cup; same as ever.

Player of the Year: Mane

Flop of the Season: Mignolet

This season I’d be happy with clear progression. This season may have come a year too soon for a genuine title tilt but if Liverpool can develop some consistency and at least threaten to gatecrash the top four I’ll be satisfied. Pre-season has given Jurgen Klopp the opportunity to drill his squad and instill his methods. That should bring an end to inexplicable performances such as Newcastle and Watford away. Above all I want to see this team kick on. I’m excited to see the likes of Emre Can and Divock Origi maturing into real stars. Another trip to Anfield South would also be welcomed.

Predicted finish: 3rd. No European football is key. We could genuinely win it, with Leicester showing anything is possible last season.

Player of the Year: Roberto Firmino. Due a big second season.

Flop of the Season: Got a feeling Dejan Lovren might go backwards.

This season I’d be happy with 4th place and a trophy. Got to end that (almost) five-year wait for silverware.

Player of the Year: Coutinho

Flop of the Season: Matip

This season I’d be happy with winning a cup or coming fourth – or going extremely close to both.

Player of the Year: Divock Origi

Flop of the Season: Alberto Moreno

This season I’d be happy with a Europa League spot. I don’t think the squad is good enough yet to compete in the Champions League but we should be in Europe. We need another good cup run too and some silverware is certainly on the cards.

Top Goalscorer: Daniel Sturridge – if he’s fit throughout. If not, Roberto Firmino.

Player of the Year: Emre Can. He developed into a vital part of the team last season but this year he’ll really show what a player he is.

Flop of the Season: Our new left-back, James Milner.

This season I’d be happy with 4th place, or higher of course.

Player of the Year: Philippe Coutinho

Flop of the Season: Alberto Moreno

This season I’d be happy with winning the league

Predicted finish: We have the best manager in the league, in my opinion, and I think he is capable of achieving the holy grail of consistency that has alluded us for years. The players look like they would run through fire for him and the bond with the supporters is now solid. His signings look like they’ve improved the first eleven. All in all I’ve got my mojo back. The red tinted specs are back on, and I’m going to invite ridicule and say we’ll win the league.

Top Goalscorer: Hip injury aside, I think the arrival of Mane and the competition from Origi will push Sturridge on; just like Suarez did previously. I can see him playing a lot more games this season, and although Mane will run him close, I think Daniel will weigh in with 25+ goals this season.

Player of the Year: It’s a toss up between Firmino and Coutinho for me. The latter has been mesmerising at times in recent years, but it’s always felt like he had more to give; there was another level he could reach. Firmino “doesn’t know how good he is” said Klopp. I predict our manager will help these two move to the next level and they will drive us to the title. Coutinho will just edge his fellow Brazilian to player of the year.

Best New Signing: Mane. I’ve been really impressed with him in pre season. All he was missing was an end product and he delivered that at Wembley. That goal was a great finish and it will have done him the world of good. I predict Anfield will love him.

Flop of the Season: Really don’t want to answer this. Every player the manager has brought in deserves a chance. So I’m not going to say – but I have put his name in an envelope and I’ll reveal all at the end of the season ;-)

This season I’d be happy with top four and the FA Cup, but we’re going to win the league.

Flop of the Season: Georginio Wijnaldum

This season I’d be happy with 15+ better points total and fans to get behind the team with their voices.