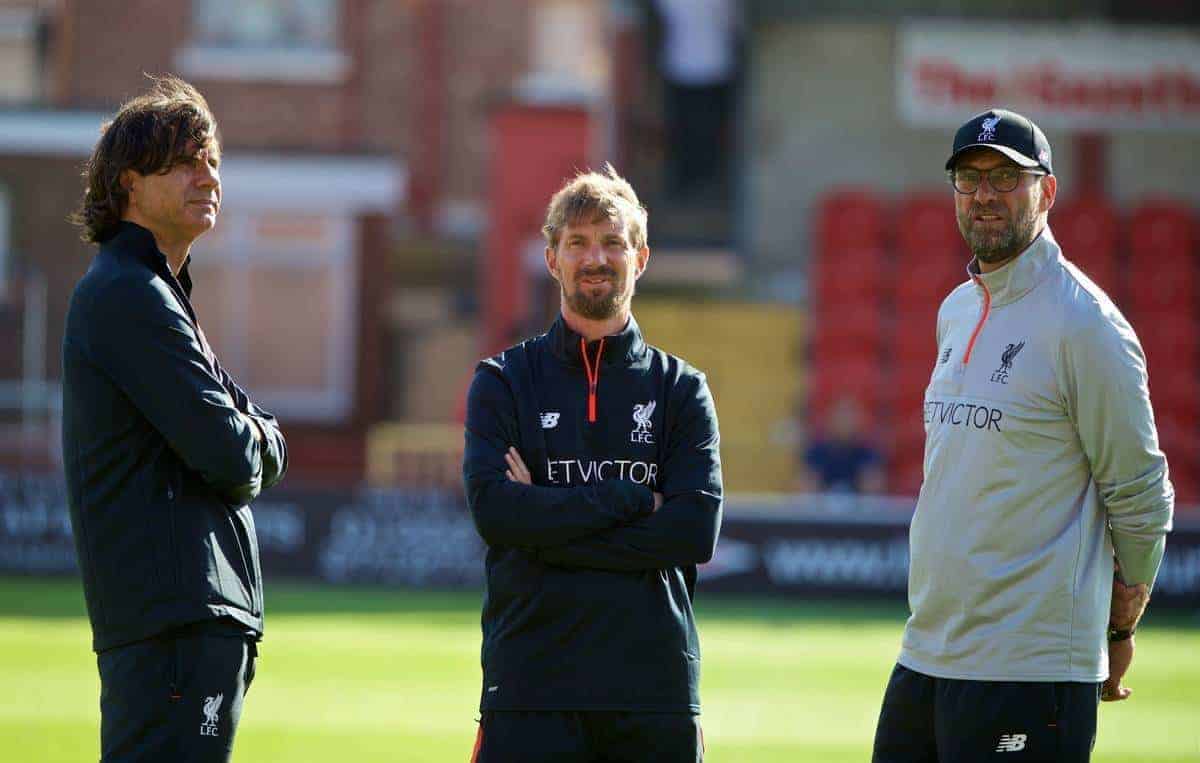 Jurgen Klopp: “If you really love this club then you need to believe in our way”

Liverpool manager Jurgen Klopp has defended his approach to transfers, and pleaded for patience as he builds for the future.

The German turned a profit in his first summer transfer window since joining the Reds in October, despite bringing in six new faces along with January signing Marko Grujic.

But with the departures of Christian Benteke, Joe Allen, Martin Skrtel and Jordon Ibe, among others, Liverpool have made up to £17.5 million, amid calls from supporters to strengthen further—namely at left-back and at the base of the midfield.

But speaking to the Mail in a wide-spanning interview on Friday, the 49-year-old said the demand for signings was misplaced.

“This is a crazy time where football is, for some people, the most serious thing in the world, but no-one really cares about it,” he explained.

“Look at the transfers: all everyone wants to know is what happens. They never want to know what it means behind, for this team, for that team.

“It’s just ‘come on—give me the next big signing’.

“To be cool enough to stay out of this colourful world around football, that is what I do. I’m not part of that, I’m not there, I don’t enjoy it.”

This is an interesting, and well-rounded, standpoint, particularly following a summer in which Premier League clubs spoke to £1 billion barrier for spending for the first time.

The latter in particular looked to have come as a response to fury among the Arsenal support, but Klopp stressed that he would never make a signing to save face.

“I know about pressure but I don’t feel it. I would never make a decision for how it looks outside, to be safe,” he continued.

“Now everyone wants an £80 million signing, or just the next signing, the latest signing. But I would never buy a player for that—just to do it.

“There are big competitors in this league, but we can’t say ‘if we had this signing we would beat them, and if not, no chance’. What is that?

“It is important who will be the best next year.

“As long as we can be in the race, we have a chance. I am not jealous of anybody else. I’ve never been jealous. I love this game because it is a team game.”

“People are allowed to dream,” he went on to add.

“All I can say is that if you really love this club then you need to believe in our way, and that way is not always going to be easy, but I think we will do it.”

In addressing the intense pressure on managers in the modern era of the Premier League, Klopp looked to eradicate doubt from Liverpool supporters after the summer’s profit.

The Reds manager is aware of this, but is clearly firm in his belief that his way is the right way.