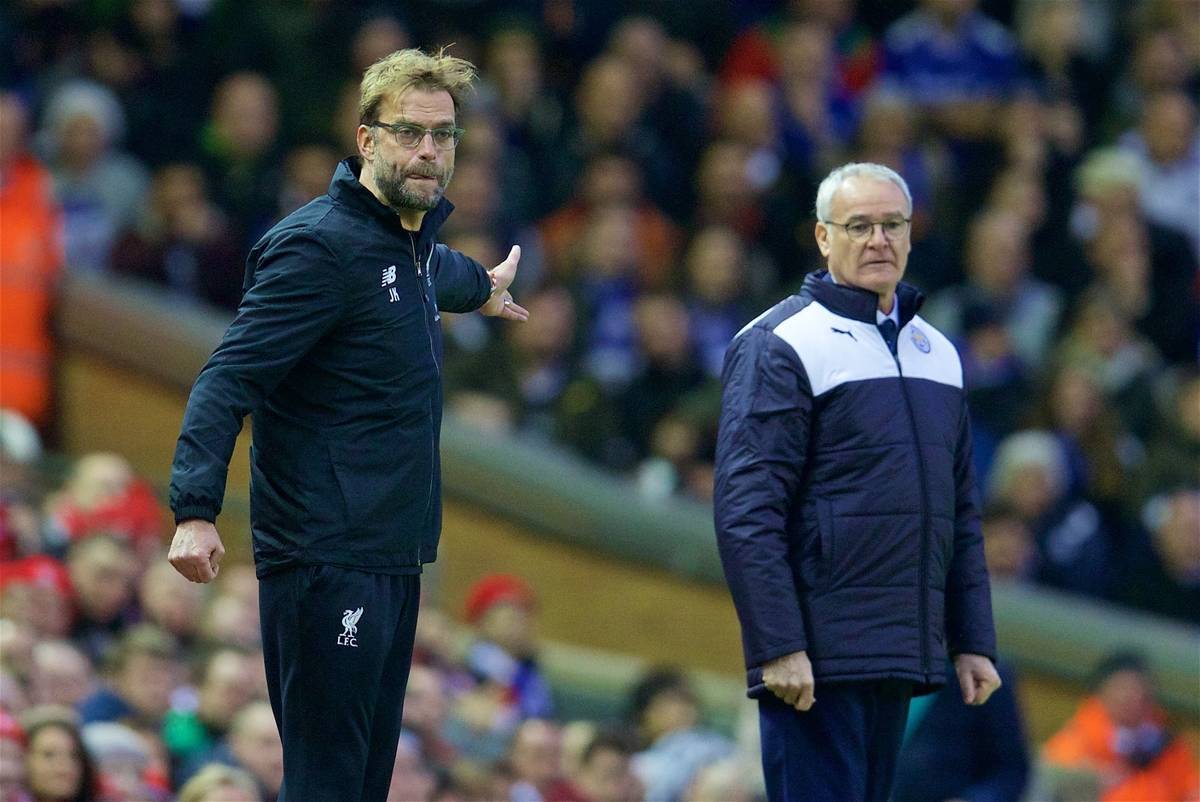 The international break is over, and we can all breathe a huge sigh of relief.

The two-week Premier League hiatus has felt like an eternity, quite frankly, but it returns in style this weekend, with some very eye-catching games on offer.

The Old Trafford showdown between Man United and Man City may be the standout game for the neutral, but Liverpool’s clash with Leicester should also be a fascinating match-up.

Both sides have picked up four points from their opening three games this season, with inconsistency affecting both, to differing extents.

Liverpool have outplayed both Arsenal and Tottenham away from home in patches, winning and drawing, respectively, but they also lost in desperate fashion at Burnley.

Leicester were defeated by newly-promoted Hull City on the opening day, but a point at home to Arsenal and a 2-0 victory against Swansea City has steadied the ship.

There are plenty of tempting bets ahead of Saturday’s much-anticipated contest – click here to claim your Bet365 bonus code.

Despite Leicester heading to Anfield as the reigning Premier League champions, it is the Reds who are comfortable favourites to pick up all three points.

Jurgen Klopp‘s men are 8/13 to register a second consecutive home win against the Foxes, which given the fact they can flatter to deceive, doesn’t look particularly tempting.

You genuinely don’t know what to expect from the Reds currently, which makes them one of the hardest teams to bet on in the league.

Leicester are a surprising 4/1 to head home with victory secured, which for a neutral supporter betting on the game, must look very tempting.

The pace that they possess on the counter-attack can be devastating, and they have a strong spine from back to front.

The draw is 3/1 – a result that Claudio Ranieri would be far happier with than Klopp.

Nobody can ever quite tell what starting line-up Klopp will opt for, which can make betting on first goalscorer real guesswork.

Roberto Firmino has started up front in all three league games to date, however, and it would be a surprise if that changed on Saturday.

The Brazilian is 9/2 to open the scoring at Anfield and get his second goal of the season, in all competitions, which offers better value than likely substitutes Daniel Sturridge (4/1) and Divock Origi (9/2).

Sadio Mane is fit for the game, despite concerns that he had picked up an injury playing for Senegal last weekend, and both he and Philippe Coutinho are 11/2 to strike first.

Mane scored on his Liverpool debut at Arsenal – an early contender for Goal of the Season – and don’t be surprised to see him find the net on his Anfield bow as well.

Jamie Vardy has struggled to find top gear for Leicester so far, scoring just once, but he is undoubtedly someone the Reds defence must keep a close eye on.

In terms of the more audacious goalscoring bets to look out for, backing James Milner to score first at 16/1 could be worth your while, considering he takes Liverpool’s penalties.

Leicester’s powerful centre-back duo of Robert Huth and Wes Morgan are both 10/1 to score at any point during the game, which given the Reds’ woes from set-pieces, is also a good bet. Although Leicester have proved to be an extremely well-drilled, defensively-sound unit over the last year or so, this feels like a game that has goals in it.

Liverpool have the ability to blow teams away when their attacking unit fires, but they continue to look susceptible at the back.