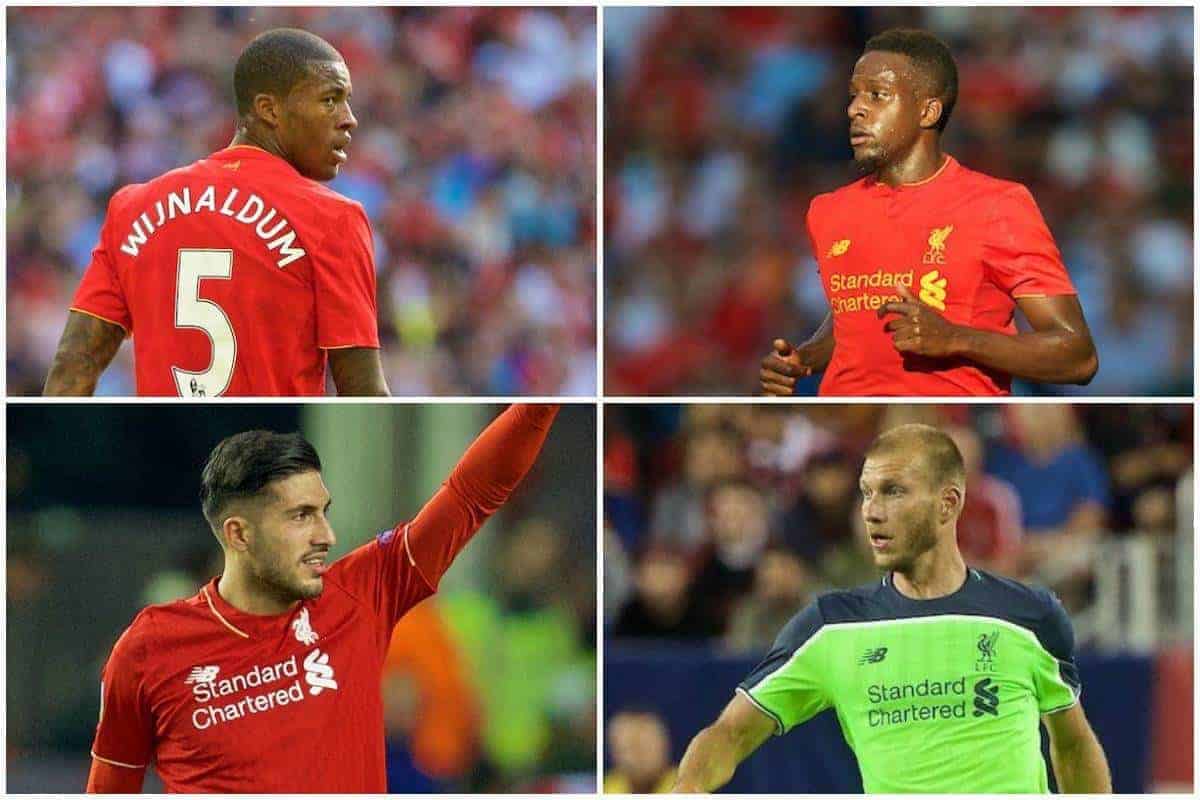 The international break kicked off with a clutch of friendlies around Europe, with a pair of Liverpool starts involved.

Divock Origi was named in the starting lineup for Belgium as Roberto Martinez took charge of his first international match.

Georginio Wijnaldum scored in the first half for the Netherlands but his side were unable to hold onto the lead and were defeated 2-1 by Greece in their friendly outing.

Emre Can was ruled out of Germany’s fixtures against Finland and Norway on Tuesday, following an ankle injury suffering in Liverpool’s 5-0 win over Burton Albion in the League Cup in August.

The news came as a blow to both Joachim Low, but it was surprising the midfielder had been named in the squad in the first place after missing the Reds’ Premier League clash at Tottenham Hotspur.

Estonia captain Ragnar Klavan missed out too, as his side were held to a draw against Malta, but will be hoping to return to action soon.

Origi, who started for Belgium against Spain, was unable to get his name on the scoresheet and saw Manchester City star David Silva score twice for the Red Devils’ opponents.

The Liverpool forward was selected ahead of Everton striker Romelu Lukaku in a bold move by former Toffees boss Martinez.

There were positives elsewhere for Liverpool though as Wijnaldum was on the scoresheet for Holland and produced a solid performance for Danny Blind’s side.

After failing to qualify for Euro 2016 all eyes were on the Oranje, and they were expected to produce a result against Greece, but Wijnaldum’s goal wasn’t enough to help his side take victory.

The Liverpool midfielder’s side have now lost five home games in a row and they’ll be under pressure to perform in the World Cup qualifiers.