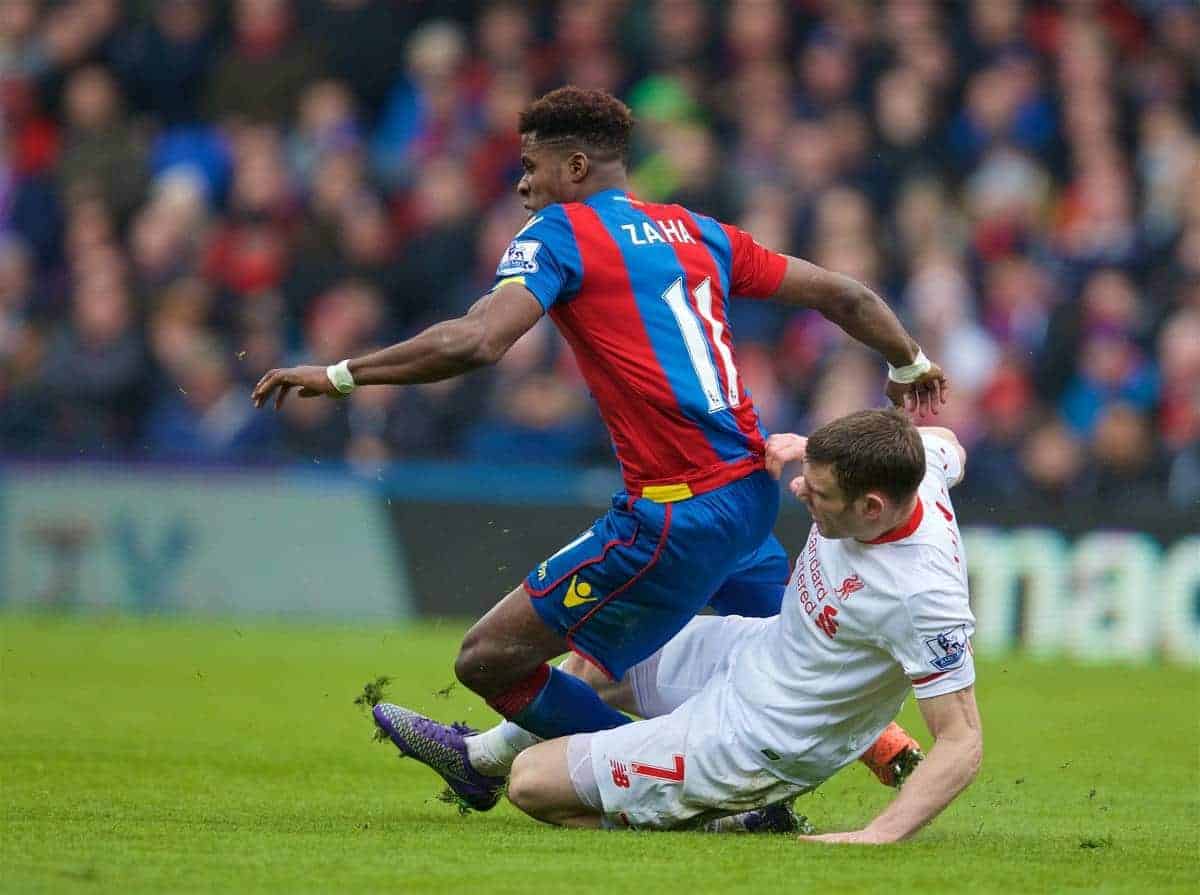 Liverpool visit Crystal Palace in the Premier League on Saturday evening, with plenty of bets on offer ahead of the Selhurst Park showdown.

The Reds are flying at the moment, and victories over West Brom and Tottenham in the last week mean they are now unbeaten in 10 matches, in all competitions.

Next up for Jurgen Klopp‘s side is the trip to Palace this weekend, as Liverpool look to at least stay level on points with Man City and Arsenal at the top of the table.

Should the duo slip up earlier in the day, against Sunderland and West Brom, respectively, the Reds can go clear on their own at the summit.

Games against Palace are never easy, however, and Liverpool will have to be at their best at one of the most intimidating grounds in the Premier League.

There are bets galore for you to feast upon – thanks to Bookmaker Ratings, here’s a look at some of the more enticing ones.

It should be no surprise to see that Liverpool are favourites to win the match, given their excellent run and Palace’s struggles under Alan Pardew.

The Reds are 7/10 to return to Merseyside with a sixth Premier League win in seven games, which looks a good bet when you consider the confidence they are playing with.

Palace should never be discounted, though, particularly at Selhurst Park, and backing them at 15/4 is certainly not bad value.

The draw is 14/5, which would suit the hosts far more than the visitors.

Klopp had the luxury of making 11 changes for the visit of Spurs in the League Cup on Tuesday, meaning his key men will be well-rested for Saturday’s game.

Although Daniel Sturridge scored twice at Anfield, and Divock Origi also impressed, neither are expected to start against Palace.

Therefore, backing either of the strikers to score first, at 4/1 at 5/1, respectively, doesn’t look worth your while.

Instead, it will be the all-conquering front-three of Sadio Mane, Philippe Coutinho and Roberto Firmino who start, and they are a trio full of goals at the moment.

Mane has made a blistering start to life in Liverpool, scoring four times in eight Premier League appearances, and the Senegalese forward is 11/2 to open the scoring at Selhurst Park.

Coutinho has been in sparkling form of late, finding the net against West Brom in his last outing, and the 24-year-old is also 11/2 to net first. The effortlessly brilliant Firmino is 9/2.

Adam Lallana looks good value at 7/1, while James Milner‘s expertise from the penalty spot makes his odds of scoring first (14/1) tempting to have a flutter on.

Palace’s biggest goal threat will come from former Liverpool man Christian Benteke, who will be desperate to prove a point to Klopp.

The Belgian is 13/2 to fire Palace into the lead, potentially setting his new employers on the road to victory in the process.

There invariably seem to be goals in matches involving Liverpool, with a total of 31 in their first nine Premier League games this season.

They are both blistering going forward and susceptible defensively from set-pieces.

Because of this, backing both teams to score at 4/6, rather than going the opposite way (11/10), looks likely to be a successful bet, especially when you consider Palace’s aerial prowess.

Liverpool are 17/2 to come from behind and win, which they did in impressive fashion at Swansea City at the start of the month.

The Reds are 6/4 to keep a clean-sheet, and although they haven’t actually conceded in open play in their last six matches, this is a bet that may have you on tenterhooks throughout.

Georginio Wijnaldum is desperate to score his first Liverpool goal, and backing him to score first and Klopp’s men to win 2-1, at a generous 60/1, is worth a gamble.