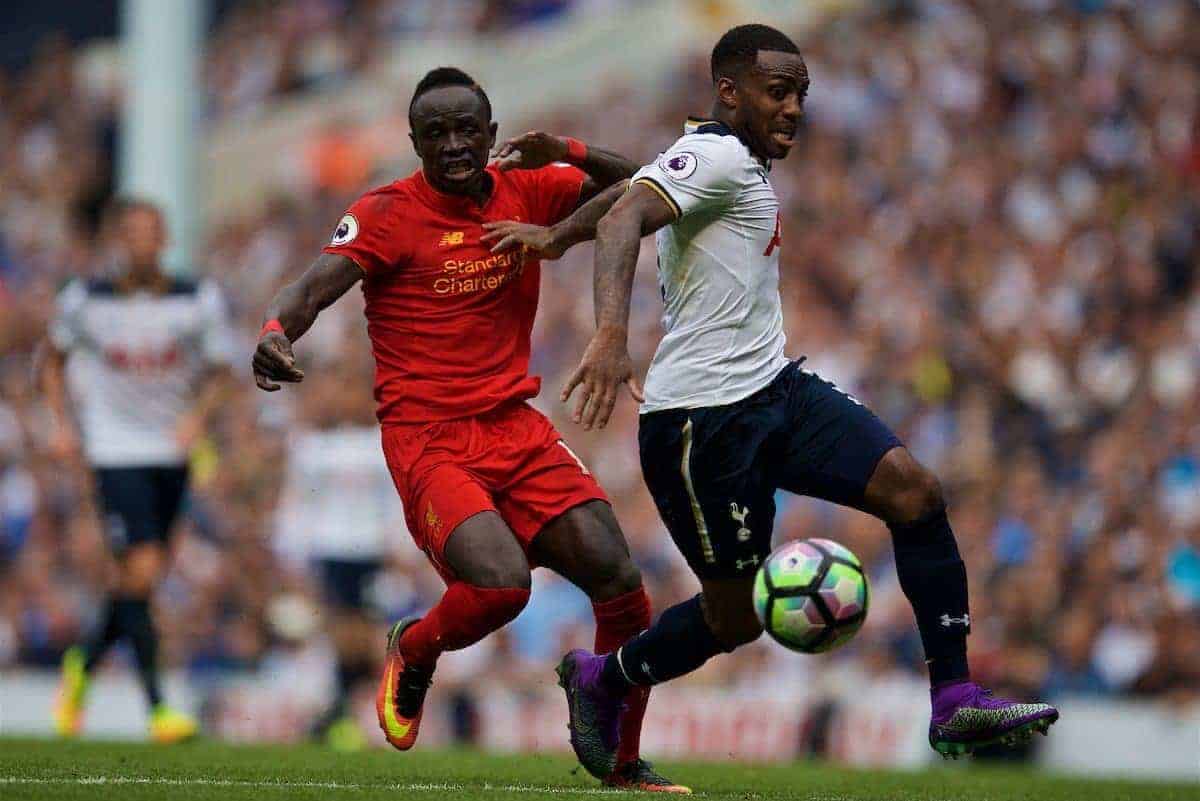 Liverpool and Tottenham Hotspur do battle in the League Cup round of 16 at Anfield on Tuesday, in a clash between two of the country’s most formidable teams.

It was the perfect weekend for Jurgen Klopp and his Reds side: a 2-1 win at home to West Brom made it nine games unbeaten in all competitions, and all their rivals barring Chelsea dropped points.

Attention now turns to the League Cup, as the Merseysiders look to win their first piece of silverware since their 2012 triumph in the same competition.

They will have to overcome a very impressive Spurs side if they are to reach the quarter-finals, however.

Mauricio Pochettino is doing a superb job in the White Hart Lane hotseat, with his side losing only once across three competitions in 2016/17 so far.

Both Liverpool and Spurs possess a plethora of young, exciting footballers, and Tuesday’s clash is sure to be full of quality.

Both Klopp and Pochettino may field slightly weakened teams, but with pressure on both to win a trophy this season, defeat would not go down well.

The Reds have been outstanding at Anfield since the new Main Stand was completed, and another dominant showing, coupled with an intimidating atmosphere, is called for on Tuesday.

We spoke to Spurs supporter Sam Hawkey to get his thoughts on his team’s start to the season, and their chances of victory on Tuesday.

It’s three draws in a row for Spurs – are you pleased with their start to the season?

I think you have to be. Only one loss so far, against Monaco, and one point off the top in the league after nine games. I want to see us consistently compete in the top-four and show we’re a big club. On the evidence so far, we’re on the right track.

In addition to that, defensively we have been solid again. We had one of the best defences in the league last year so once the likes of Alli, Kane and Eriksen start getting up to the level we’ve seen previously you’ll see us putting teams away.

On a side note, All should have scored about 15 goals this season. If ‘Danny Baker’s Own Goals And Gaffs’ was still around he’d have his own segment. He loves a miss!

Overall, the exciting thing this year is that with the likes of Liverpool, Arsenal, Chelsea and Man City all playing well it’s never been tighter. It could be anyone’s, so why not us?

It’s been a while since you won a trophy – how seriously do you think Mauricio Pochettino is taking the League Cup?

He will, of course, say it’s important, but I think it’s definitely bottom of the pile in terms of importance. It gives a good chance to play younger players, much like Wenger has done in the past. If we go out, I won’t be too upset.

As for trophies, Poch is building momentum and consistency at White Hart Lane and that will bear results in the future. I’d wait longer for a sustained period of success than a quick League Cup win this year, put it that way.

With that in mind, roughly how many changes are you expecting on Tuesday?

Lots. I think you’ll see the full-backs rotate, Lloris will be rested but overall you’ll see the young guys like Wimmer, Trippier, Onomah and maybe Carroll come in for some game time.

I heard we haven’t won at Anfield for four years and eight attempts, so obviously I’m going 2-1 Spurs! Jordan Henderson picked up his fifth yellow card of the season against West Brom, meaning the captain is suspended for Tuesday’s game. Otherwise, Klopp has almost a fully fit squad.

The German could make a number of alterations, in order to give some players a rest, but a strong starting lineup will still be fielded.

Georginio Wijnaldum should be deemed fit enough to return to the midfield, while Alberto Moreno could come in for James Milner at left-back.

Meanwhile, Daniel Sturridge and Divock Origi will be fighting for a starting berth in attack.

Klopp has confirmed that Simon Mignolet will start in goal, but Loris Karius remains first choice as things stand.

Danny Ings has been recalled to the first-team squad, after an excellent run of form for Liverpool’s Under-23s, and youngsters Trent Alexander-Arnold, Kevin Stewart, Marko Grujic and Ovie Ejaria could also feature.

Spurs are still without Harry Kane, although the England striker is nearing a return to the fold, while influential centre-back Toby Alderweireld is also missing.

Moussa Sissoko is suspended, after picking up a retrospective three-match ban, but Michel Vorm and Georges-Kevin N’Koudou look set to start.

Like Klopp, Pochettino is sure to ring the changes, but such is the depth within Spurs’ squad, their side will be littered with quality regardless.

The Liverpool manager spoke about his team still being far from perfect, despite such an impressive first two months of the season:

“We need to get better. Nothing we’ve done is close to 100 percent.

“I know we’re not on halfway, so there’s a lot of things to improve. In most games it’s been almost enough to win.

“Nobody feels in the dressing room it’s not possible to do better. We can defend better, attack better, create better.

“Otherwise we could holiday all week and meet Saturday or Sunday. It makes sense to have a few sessions in the week!”

One to Watch: Victor Wanyama Having made an £11 million move to White Hart Lane from Southampton in the summer, Victor Wanyama has slotted in superbly.

The 25-year-old is a giant presence at the heart of the Spurs midfield, combining strength, quality on the ball and an expert reading of the game.

Wanyama gives the defence enormous protection, and he will be a key figure against Liverpool’s fluent attacking unit, assuming he starts.

He has the ability to boss any midfield battle, so whoever starts in the middle of the park for the Reds will need to be at their best.

Liverpool have won three and drawn one of their four home games this season, and the bookies have them as comfortable favourites to overcome Spurs.

The Reds are 3/4 to reach the quarter-finals inside 90 minutes, while their opponents are 4/1 for the win.

The draw is 11/4, which would mean extra-time and possibly a penalty shootout.

The match is live on Sky Sports 1, with coverage getting underway at 7pm (BST). Kick-off is at 7:45pm.