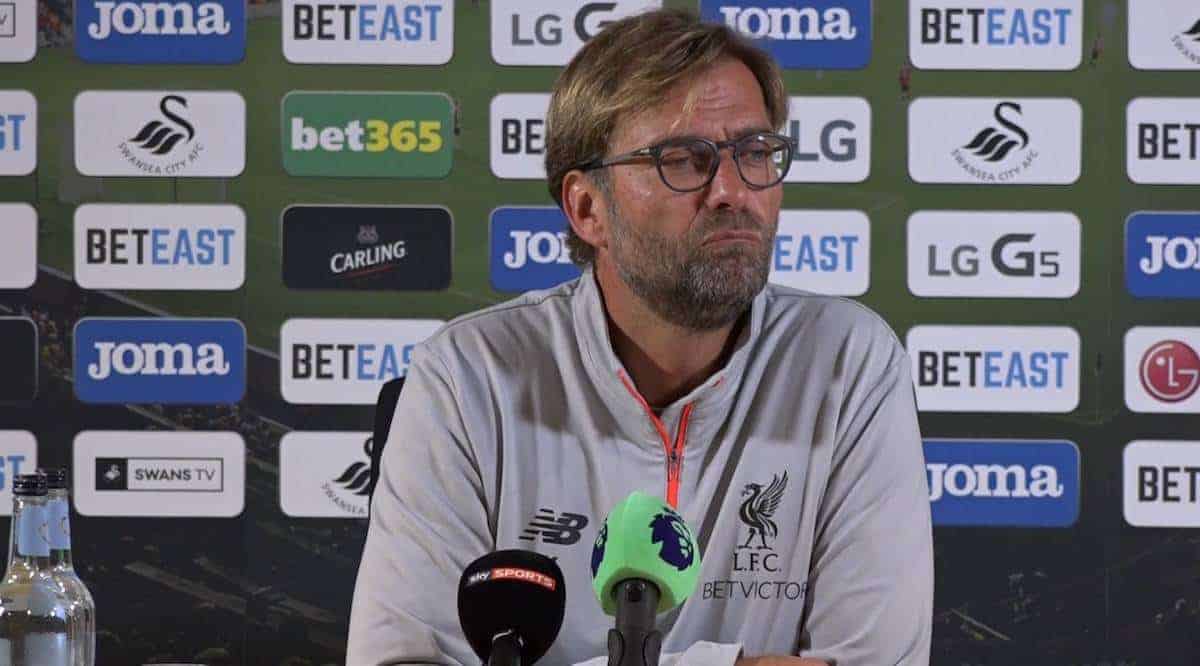 Watch Jurgen Klopp‘s post-match press conference after Liverpool came from behind to win 2-1 at Swansea.

The Reds’ boss admitted the first half display was not good enough: “It was bad. We weren’t ready for this game. It’s my responsibility we’re ready, and we weren’t.

“It was too static. Swansea did well, but we were really too static. It’s not allowed to be that easy.

“We were angry at half-time, but with ourselves,” explained Klopp. “We had to show we could do better.

“It was very important we showed the reaction in the second half. I didn’t think this would be the day that we would be that bad.”

Klopp explained that both Adam Lallana and Dejan Lovren picked up groin injuries and didn’t expect either of them to go on international duty:

“Dejan in one of the last moments—groin, hopefully not that serious. Hopefully 15 days [before home game against Man United] are enough.”