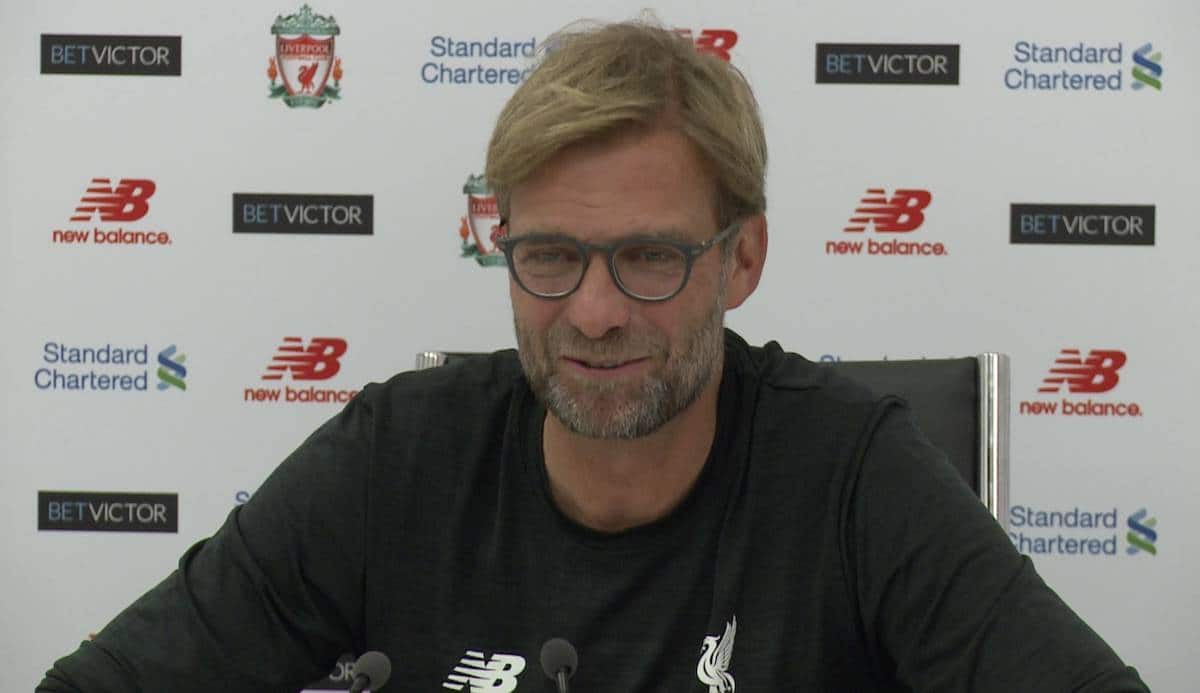 Watch Jurgen Klopp address the media ahead of Saturday’s visit of West Brom to Anfield on Saturday.

The Reds’ boss refused to be drawn into petty games with Jose Mourinho, saying he was not interested in the Man United manager’s comments after Monday’s 0-0 draw at Anfield.

There was good news on the injury front, with Klopp saying Adam Lallana, Georginio Wijnaldum and James Milner will all be fit for Saturday evening’s match, unless anything changes.

“Nobody is ruled out and Gini is on the way back. If nothing happens today or tomorrow, we have a big squad,” explained Klopp.

The boss also backed Loris Karius to improve, saying: “Of course he has to improve, he can improve. I feel quite comfortable, everything’s good.”

There was words of praise for Lallana ahead of his 100th appearance for the club: “Since I came he’s been at a constantly high level. It’s all good with Adam, everything is cool.”

This game last season ended in a 2-2 draw and saw the Reds celebrate with the Kop after a late equaliser, on West Brom, Klopp said:

“The differences between the Premier League and all the other leagues in world football is that [there are] big individual qualities in all of these teams.

Klopp was also, bizarrely, asked if next week’s League Cup match would affect his team selection against West Brom. That would be a no.