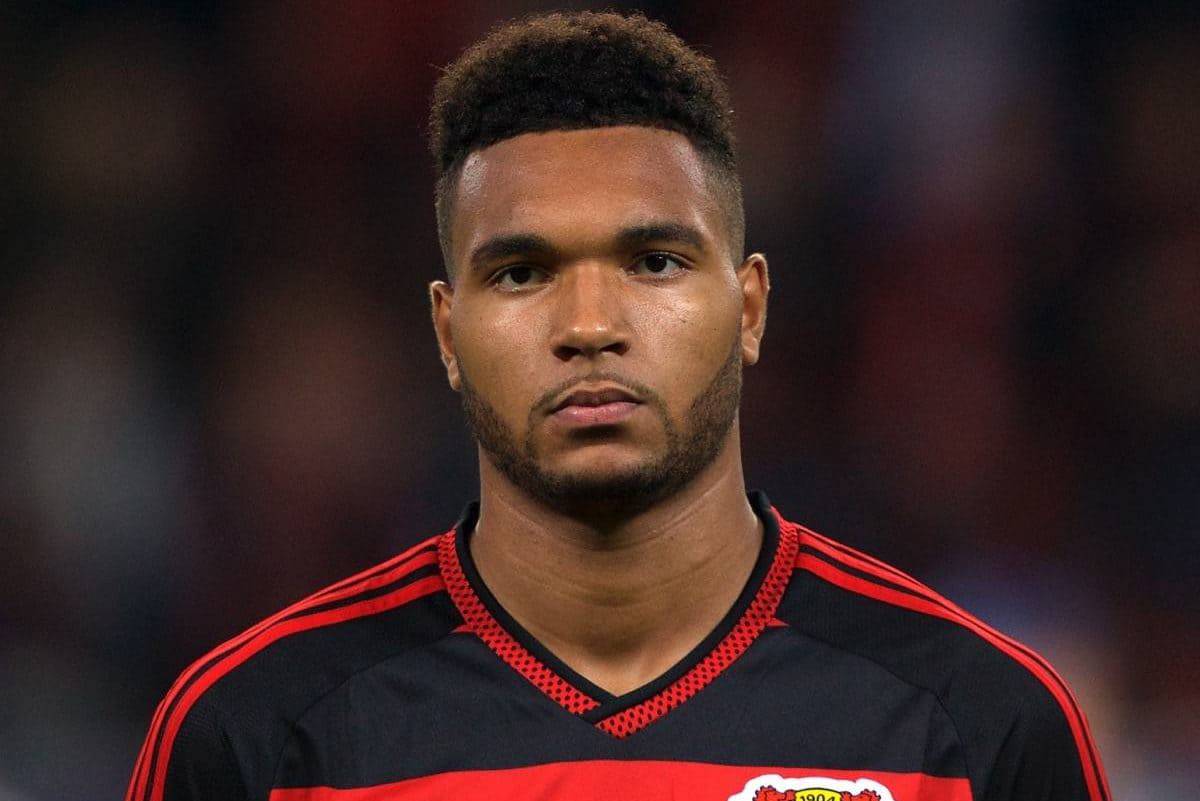 If Jurgen Klopp is looking at add another centre-back to his Liverpool ranks in the future, he should look no further than Bayer Leverkusen’s Jonathan Tah.

Klopp currently has Joel Matip, Dejan Lovren, Ragnar Klavan and Lucas Leiva as senior options, at the back, while Joe Gomez is stepping up his recovery from an ACL injury.

But Lucas is now in the final year of his contract, with the Brazilian likely to follow both Mamadou Sakho and Tiago Ilori through the Anfield exit in 2017.

With Liverpool increasingly likely to qualify for either the Champions League or the Europa League this season, Klopp could look to add to his defensive ranks either in January or next summer.

The player most recently touted as a target for the 49-year-old is Tah, and the upwardly mobile Germany international would be the ideal addition to Klopp’s defensive ranks.

Despite not turning 21 until February, Tah has already played for five club sides in his career, as well as rising up the Germany ranks through U16s, U17s, U19s, U21 and, in March, the senior squad.

Tah began his career with local side Altona 93, based in Hamburg, at the age of four, and unlike a lot of young players to have established themselves as defenders, he had always operated at the back.

This was, no doubt, inspired by his remarkable size; Tah has always been bigger than those around him, and now stands at 6’3″ and weighs almost 15st.

But speaking in June, Jurgen Trapp, his youth-team manager at Altona, recalled how even at that age the youngster stood out due to “his unbelievable dynamism and his strong aerial game.”

Though Hamburger SV had their eye on Tah from an early age, they decided his development was best served with Altona, and he remained with his first club until 2009, walking to training every morning with his mother, Anja.

After a brief spell with SC Concordia, Tah made the move to join Hamburger SV as a 14-year-old, moving to the club’s boarding school, where he was taller than all of his teachers.

Clearly an outstanding talent, Tah has been hailed for his modesty at school, with one of his former teachers, Henning Joppen, attesting that “Jonathan never presented himself as something special.”

He certainly was special, however, and though unfancied by Hamburger SV manager Mirko Slomka, who immediately dropped him the starting lineup on his arrival at the beginning of 2014 and then loaned him to Fortuna Dusseldorf for 2014/15, Tah earned an £8.5 million move to Leverkusen in 2015.

Now, Tah is a key member of the Leverkusen defence, and, after making his debut against England in March, one of a number of young talents on the fringes of Joachim Low’s Germany squad.

Naturally, given his stature, Tah is an outstanding defensive talent, who excels in all areas at the back; he’s a strong on the ground, dominant in the air and possesses an intelligent reading of the game.

So far this season, Tah has averaged 2.8 successful tackles per 90 minutes in the Bundesliga, with a success rate of 87.5 percent. He has also averaged 2.4 interceptions, 1.1 blocks and 2.1 headers won per 90, with his aerial success rate standing at 55.3 percent.

Tah is adept at one-on-one situations, and is able to utilise his strength to muscle attackers off the ball or shepherd them into less dangerous areas.

As a defender, Tah holds up well compared to Liverpool’s current centre-back options:

But Tah is far from a pure, physical defender, and the 20-year-old is capable of shining in a variety of areas, with Leverkusen sporting director Rudi Voller saying “Jonathan belongs to a new generation of centre-backs who are very good footballers.”

Despite his size, Tah is quick and agile, and this saw him help keep a clean sheet in Leverkusen’s 2-0 victory over Klopp’s former side, Borussia Dortmund, in October.

While Hakan Calhanoglu ran the show at the other end of the pitch, Tah kept Pierre-Emerick Aubameyang quiet throughout—with this no mean feat, as the Gabon international has scored in all but three of his Bundesliga appearances so far this season, with 11 goals in nine games.

Tah is, as Voller attests, accomplished in possession, too, and has completed 85.6 percent of his attempted passes in the league this season, similar to Matip’s 87.2 percent.

However, as an audacious, front-footed defender, Tah has made more defensive errors than any other Leverkusen player this season, with three, with only his former Hamburger SV team-mate Johan Djourou making more (four).

But as a young centre-back operating in a high defensive line, these can be forgiven, with Tah’s modern brand of defensive play no doubt piquing Klopp’s interest.

Where Would Tah Fit in at Liverpool? The prospect of Liverpool signing a prodigious talent such as Tah is a mouthwatering one, with the Hamburger poised to develop into one of the best defenders in world football.

Under Klopp, Tah would shine, and if the Reds are able to secure his signing before any of Europe’s other top clubs it would be considered a major transfer coup.

But with Matip and Lovren settled as Klopp’s first-choice pairing, and Gomez primed for a bright future on Merseyside, Tah’s immediate role is unclear.

However, with Liverpool set for European competition in 2017/18, Klopp will need more top-quality options at the back.

Having Tah, along with Matip, Lovren, Gomez and Klavan, would provide the German with enough depth and variety to navigate a rigorous campaign battling on four fronts.

Given Tah’s potential, he could be moulded to take over from Lovren in the long term, as partner to Matip and, eventually, Gomez; though this would require Matip shifting to the left side.

If the opportunity to sign Tah arises, Klopp cannot afford to pass it up, as this is the calibre of talent that top clubs build their defence around—and with Liverpool on the up under the ex-Dortmund manager, he would certainly fit in on Merseyside.