It’s time to get your betting hats on, as we provide you with some of the standout odds for Liverpool’s League Cup quarter-final clash with Leeds United. 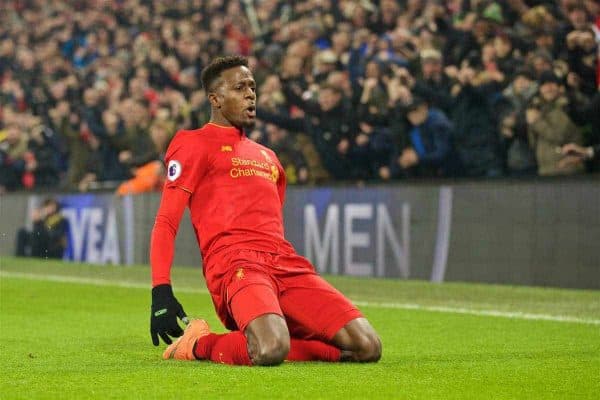 The Reds welcome their Championship opponents to Anfield on Tuesday evening, as they continue their search for a first piece of silverware in five years.

Saturday’s 2-0 win over Sunderland in the Premier League has kept spirits high among Jurgen Klopp‘s side, and focus now turns to reaching the League Cup semi-finals.

There are, as usual, plenty of eye-catching odds on offer ahead of the game – here are some of the best, courtesy of Ladbrokes — click here to claim a free bet of up to £50!

Even though Klopp is fully expected to ring the changes on Tuesday, Liverpool are the overwhelming favourites to progress (1/12) at the expense of Leeds (6/1).

The Reds are 1/4 to win inside 90 minutes, once again outlining their superiority and the confidence they are playing with in 2016/17.

Garry Monk’s men are 12/1 to spring a giant upset, while the draw is 5/1. Liverpool haven’t lost at home since their undeserved 1-0 defeat to Man United in January.

This is trickier market to bet on, simply because nobody quite knows who Klopp will field in attack. Philippe Coutinho is definitely out, while Daniel Sturridge and Roberto Firmino are unlikely to feature.

One thing that appears certain is that Saturday’s goalscoring hero Divock Origi will lead the line, so backing him to strike first (13/5) is more than worth a punt. He is also 6/10 to score anytime.

Marko Grujic showed he knows where the goal is during pre-season, and he should start on Tuesday. The young Serb is 13/10 to net anytime and score his first competitive goal for Liverpool.

Chris Wood is a physical threat for Leeds, and putting some money on him to score during proceedings (9/4) may be worth a few quid. With Liverpool’s back-line likely to be second-string, Leeds will feel they can hurt the Reds, while the host always have goals in them at the moment.

Therefore, backing both teams to score (10/11) could be worth your while.

Maybe you think Klopp’s men could once again treat the home crowd to a goal-fest. If that’s the case, how about backing over 3.5 goals (evens)?

Considering seven goals were scored in total against Arsenal and Watford, and six against Hull City, you could be bold and back over 4.5 (9/4) or 5.5 (5/1).